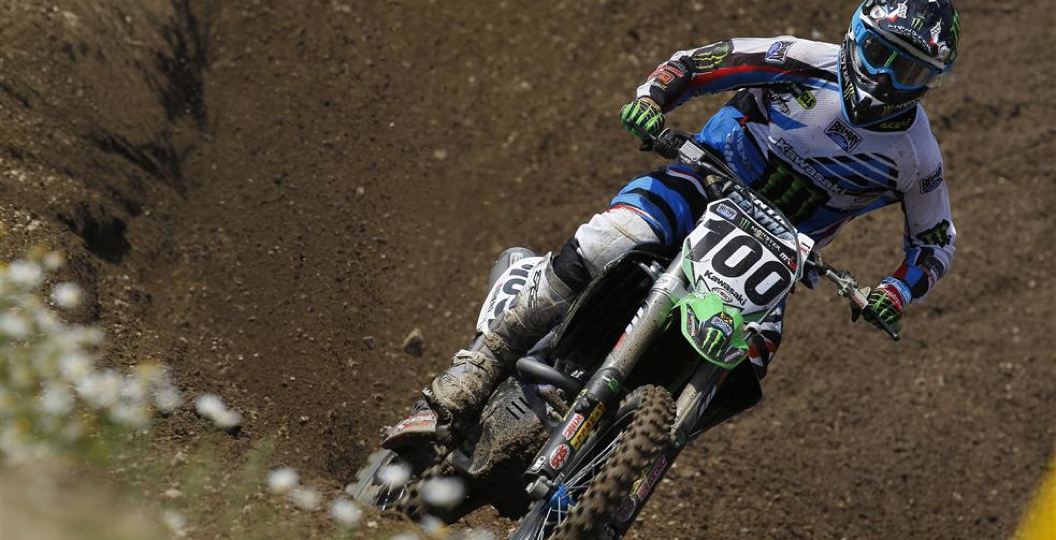 The hype surrounding the Motocross des Nations is starting to build, as a handful of key players have announced their lineups for the event in the past seven days. USA was the first to do this, as they revealed that Ryan Dungey (MX1), Jeremy Martin (MX2) and Eli Tomac (Open) would represent their nation last Saturday. There were many rumours surrounding the team, but eventually they settled on these three. Based on recent events, you have to think that these guys are the heavy favourites too.

The Belgian MXdN squad was announced this past weekend too, and to the surprise of no one Jeremy van Horebeek and Kevin Strijbos will fill the two 450F berths. Following recent injuries, Joel Smets had to select Julien Lieber for the MX2 slot and he will be aboard his new Standing Construct KTM. It will be his first time at the event, and you have to presume that he is going to be the weak link. However, if he can acquire just one good result, they could end up as a contender again.

There have been a lot of question marks surrounding the British squad since it was announced, as everyone seems to have a different view on who should be selected. In the end Neil Prince named the squad as Shaun Simpson (MX1), Tommy Searle (MX2) and Dean Wilson (Open). Why is Tommy on the 250F, and Dean the bigger bike? It seems cost was the issue, as the expense of bringing Dean’s American 250F was too much. On paper it is a great team and one that could have a shot at the win, with a bit of luck.

Unsurprisingly, Valentin Guillod (MX1), Jeremy Seewer (MX2) and Arnaud Tonus (Open) will be representing Switzerland at the Motocross des Nations. Whereas some nations have the problem that a lot of their top riders ride a 450F, the Swiss have the opposite issue. All three of there riders are in MX2 usually, so they will have to make the step up for the event. Tonus has not yet returned from the shoulder injury he sustained at Teutschenthal, but with more than a month until the event, he should be one hundred percent by that time.

Although the Netherlands will be without their star rider, Jeffrey Herlings, they will still field a strong team. Glenn Coldenhoff, Ceriel Klein Kromhof and Marc de Reuver are going to be there for the nation, and should be inside of the top ten. Both Marc and Ceriel have had positive results recently and Coldenhoff will be back up to speed by that point.

Malcolm Stewart has been missing in action for quite some time, as he suffered severe dehydration at Millville and still has not recovered. Although Mookie is feeling much better, the decision was made that he is not well enough to compete yet. His status for the season finale next weekend is up in the air too. It is unknown what Stewart is going to do next year, so sitting out surely isn’t helping him when it comes to finding a ride. With his speed and potential, you have to think someone will pick him up though.

Well, to the surprise of no one, James Stewart is going to be on the sidelines again this weekend. Suzuki released a letter from James this weekend as their PR, which was a good way for them to shake things up. I’m sure it started to become tedious to write the same thing each week. He is supposedly still feeling the effects from Millville, and is trying very hard to return for Utah. Will he be there? I honestly doubt it.

Tyla Rattray has not had a great year in his return to Europe. In fact, it has been a disaster. With very few notable results, it is hardly surprising that he has split from the Red Bull Ice One Husqvarna team with two rounds remaining. Although many suggest that this means he will join KRT alongside Ryan Villopoto, it actually has no real impact on his plans for next year. At this stage it is unclear whether he will join another team for the final two rounds, but I predict that we will not see him again until 2015.

The Kemea Reytec Yamaha team has not acquired the expected results this year, as both Petar Petrov and Luke Styke have underperformed. Petar supposedly would have had shoulder surgery at this point anyway, so wouldn’t have been able to represent the team at the final two rounds. For this reason, the decision was made for them to just go their separate ways now.

Interestingly, plans are already being put in place to improve British motocross in 2015. It has been announced that the MX Nationals will incorporate the ‘ACU British Experts Cup’. The riders that finish in the top three will then have a place in the premier British Championship in 2016. British MX finally has a pyramid system in place! In more MX Nationals news, there will be just six rounds next year, which will help them avoid clashes.