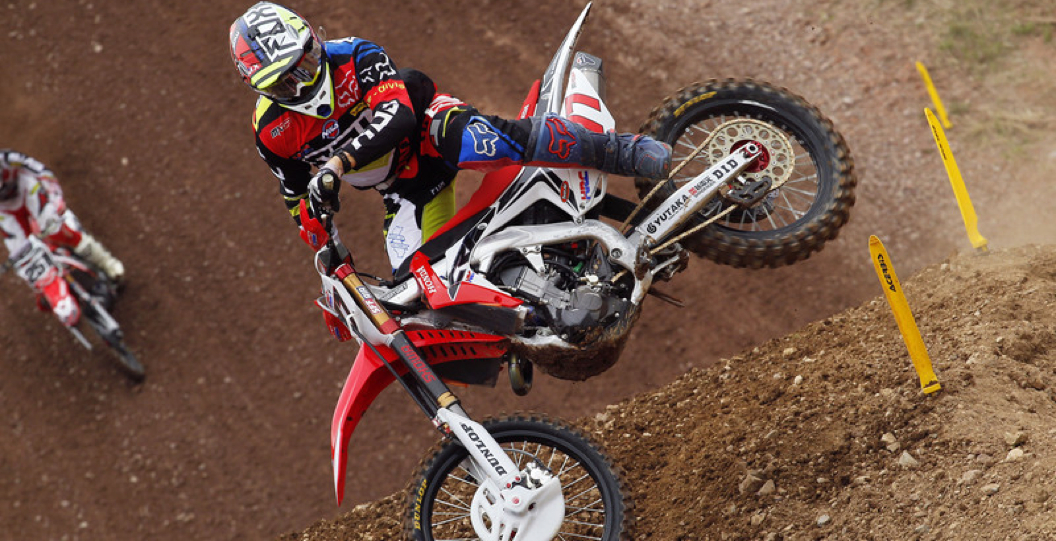 Unfortunately, this has been a very, very difficult week for our sport, as a lot of riders have succumbed to injury. But, no story is as heartbreaking as Joel Roelants’, who is currently laid up in hospital with a back injury. At this time, it is unknown whether he will fully recover or not – the next three weeks will indicate whether he will regain feeling in his lower body. Joel had this to say in a statement: “I know what is going on. My decision has already been made: I will keep fighting.” All of us at MX Vice wish the likeable Belgian all the best.

The Italian GP was seemingly testing for Honda, as their star rider, Evgeny Bobryshev, also succumbed to injury. Evgeny was hit by another rider in a corner, so the incident was not his fault! Although the Russian is known for being unable to stay healthy, he does have his fair share of bad luck, as well! The length of his recovery period has not yet been confirmed, but you would think that a broken tibia and fibula would keep him on the sidelines for the rest of the season. If he can return for a few rounds, he will, as he has to prove himself to potential team managers.

Another Honda rider, Xavier Boog, has started his road to recovery. Although his doctors originally stated that he would not need a surgery after injuring his back at the French GP, further examinations indicated that going under the knife would be for the best. So, the doctors inserted a plate on his C7 vertebra; he now has to rest for six weeks, before another check up. Boog will undoubtedly be on the sidelines for the remainder of the year, hence why the 24MX Honda team has signed Klemen Gercar as a replacement rider.

Well, disastrous would best describe Tyla Rattray’s return to the series in which he first emerged as a star. Multiple minor injuries have derailed his campaign, and he is now back on the sidelines for four to six weeks with a thumb injury. The South African has also hit his head at the two most recent rounds, so the time off may help him out a little bit. So, with this time off, Rattray will probably return for the last two rounds, which leaves him very little time to make an impression on the class. But, with his credentials, I see no reason why the Red Bull Ice One Husqvarna squad would not re-sign him.

Following a lot of speculation, it was confirmed at the Italian GP that Arnaud Tonus has signed with the juggernaut Monster Energy Pro Circuit Kawasaki team in the USA for the next two years. Arnaud was certainly one of the hottest free agents in the paddock, as many team managers from Europe (HRC, for one) and America (Troy Lee Designs Lucas Oil Honda) were trying to sign him. However, the lure of being a part of the best team in the sport was irresistible, and he will be heading over there straight after the Motocross des Nations. Although unconfirmed at this time, his teammates are expected to be Adam Cianciarulo, Tyler Bowers and a top amateur prospect.

Fortunately, there is some positive news for Honda, as Max Nagl will return to action this weekend after breaking his scaphoid at the end of April. I am honestly surprised that Max is going to be back on-track so soon, as a scaphoid has derailed many riders’ careers in the past. However, he is surely feeling confident that he can do well, otherwise he would have just delayed his return (although I’m sure the fact that this weekend is his home GP and that Honda desperately need a rider enticed him further). How will he fare? I do not expect much, as he will be looking to build himself up each week. Like his Russian teammate, Max also needs to prove himself to the top teams.

Following the various injuries that have beset the Red Bull IceOne Husqvarna squad, many pit pundits were campaigning for Nathan Watson to get a fill-in ride on the team. Unfortunately, his commitments in the UK stopped him from getting a more permanent ride, but he has secured a wildcard spot for the German GP! Nathan only knew about the deal on Wednesday, so he hasn’t had a lot of time to prepare, hence why there are no expectations on his shoulders. However, we all know the speed and potential that the older Watson brother has, so we would not be surprised if he starts to inch towards the top ten on Sunday!

Following a couple of days of intense bench-racing, it was finally revealed this morning that James Stewart was the rider that failed a drugs test at the Seattle supercross. It has not yet been confirmed what the penalties will be, as we have only received a press release from the Yoshimura Suzuki team at this time. In that PR, it was mentioned that “the medication in question is and has been prescribed to Stewart by his physician to treat a long-term condition.” The team also stated that “Stewart is willingly communicating with WADA and taking all appropriate steps to resolve this matter“. The FIM then released a statement stating that he is “provisionally suspended”, but that obviously doesn’t affect the Lucas Oil Pro Motocross series. This story is far from over, folks!