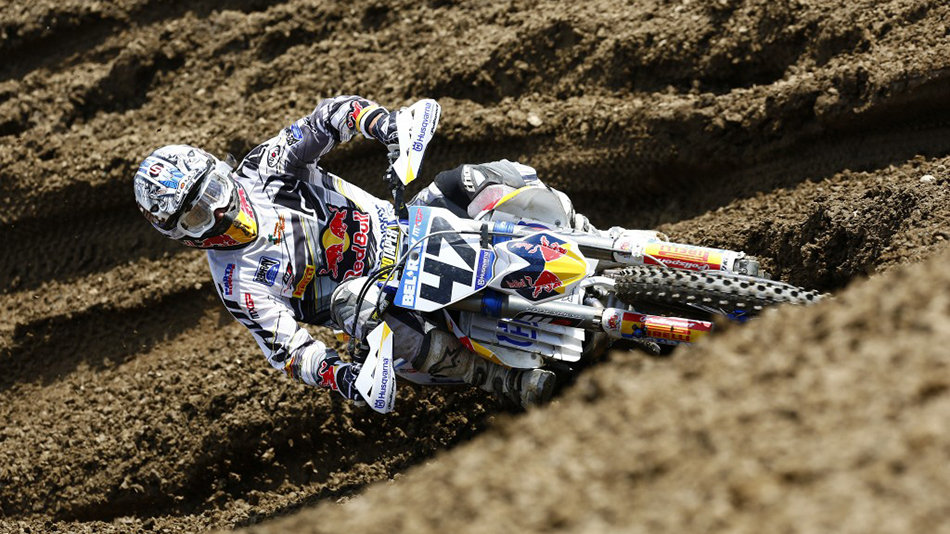 Unfortunately, the injury bug has hit our spot hard this week, and a lot of high profile riders have been forced onto the sidelines. Of course, we have full details on all of this below, as well as everything else that has gone on in the world of motocross this week.

Todd Waters has had an impressive start to his career in the FIM Motocross World Championship – he managed to exceed the expectations that most people had of him at the first couple of rounds. Presumably, the likeable Australian would have gone on to achieve even better results as he continued to adapt to Europe. Unfortunately Todd isn’t going to have a chance to continue to show what he can do, as he sustained multiple injuries, whilst practicing earlier this week. Waters broke his leg, hip, and collarbone, which is undoubtedly going to rule him out for the remainder of the year.

Glenn Coldenhoff had a shot at achieving a lot of success in his final season in the MX2 class – he had shown a lot of speed, at the opening rounds. Unfortunately, his season came to an end earlier this week, as he injured his knee whilst training in Belgium, and will now be out for the remainder of the season. Glenn has confirmed that he tore the lateral ligaments in his knee, and sustained a bone fracture, too. Luckily, he already has a contract with Suzuki for next year, so at least he doesn’t have the pressure of trying to secure a new deal.

It has been an awful week for the MXGP series, as Max Nagl has also been ruled out with an injury – he was involved in the same incident as Todd Waters. Fortunately for the German, his injuries are not too bad, but he will still be on the sidelines for more than a month. Max broke his right scaphoid, and fractured the metacarpal in his left hand. Surprisingly, the team is hoping that he will return in Maggiora, which seems unlikely. In the past, we have seen riders miss an entire season with a scaphoid injury.

When the Monster Energy Pro Circuit Kawasaki team swept the podium at the first round of the 250SX East series, most pit pundits presumed that they would win the title. There was no way they would lose it, right? Well, unfortunately, Mitch Payton will not be sticking another number one plate on his door, as both Blake Baggett and Martin Davalos have dropped out with injuries this week. Davalos crashed whilst training, and broke his ankle; there is no timetable on his return, at the moment.

The problem that is keeping Blake Baggett out is more unique, as a rock hit his eyebrow whilst training, and he has had to deal with vision issues ever since. Other than this, there have been very few details released regarding his injury. However, it does seem like he will return for the Monster Energy AMA Supercross finale next week.

It seems like quite some time ago that Jake Weimer bowed out with injury at San Diego, round six of the Monster Energy Supercross series. The Monster Energy Kawasaki rider will return this weekend at East Rutherford though. Although you would think that he would take it easy, in an attempt to stay healthy for the outdoors, these last two rounds are important for Jake. You see, Weimer’s contract is up at the end of the year, and he still needs to prove to the factory teams that he is deserving of a deal.

Earlier in the week, it was obvious that the third round of the Maxxis British Championship was going to be a washout. So, with that in mind, it was not to surprising to see that the ACU had decided to cancel Foxhill this weekend. Reports suggest that the track was in good shape this morning. But a harsh turn in the weather left the track flooded within minutes, which prompted them to cancel the event. The race will not be rerun. So for the second year running, our domestic series will be a seven round series.

The MX Nationals Switch It Up:

The mixed MX1/MX2 race has been a hot topic of discussion for most, in recent years, as a lot of riders seem to dislike it. Well, fortunately for those guys, the MX Nationals directors have decided to split the two classes at their events, from now on. Of course, this means that the ‘Fastest Forty’ concept will be put on hold for this year, at least. Everyone seems to be elated about this, and why wouldn’t they be? We now have even more pro racing to enjoy!

Since it was revealed that the Monster Energy Supercross series would be travelling to East Rutherford, the event has garnered a lot of attention, as some people believe that it is going to help our sport grow. The penultimate round is set to be an explosive one, as Ryan Villopoto will almost certainly lock up the 450SX title; he just has to finish nineteenth in the main event! So with that in mind, most eyes will be on the battle for second in the series, between Ryan Dungey and James Stewart.

With Martin Davalos on the sidelines, all Justin Bogle has to do is stay consistent in order to wrap up his first title as a professional. Following round one, who would have thought that we would be in this situation? Justin is undoubtedly the favourite for the win this weekend, too, as the class is extremely depleted. Of course, with so many frontrunners on the sidelines, there is a chance that we will see a first time winner emerge at either one of the final two rounds, which will be very interesting to watch.

After two rounds of the Monster Energy MX Nationals, Matt Moss is certainly in the drivers seat, as he has a twenty point lead over second place (Kirk Gibbs) already. Matt (the defending champion) has won both of the rounds so far, hence why he has a healthy cushion at this stage. Honestly, I do not see anyone really challenging him this weekend either, although there are a handful of guys that can challenge his outright speed, it seems that most struggle to match his consistency.