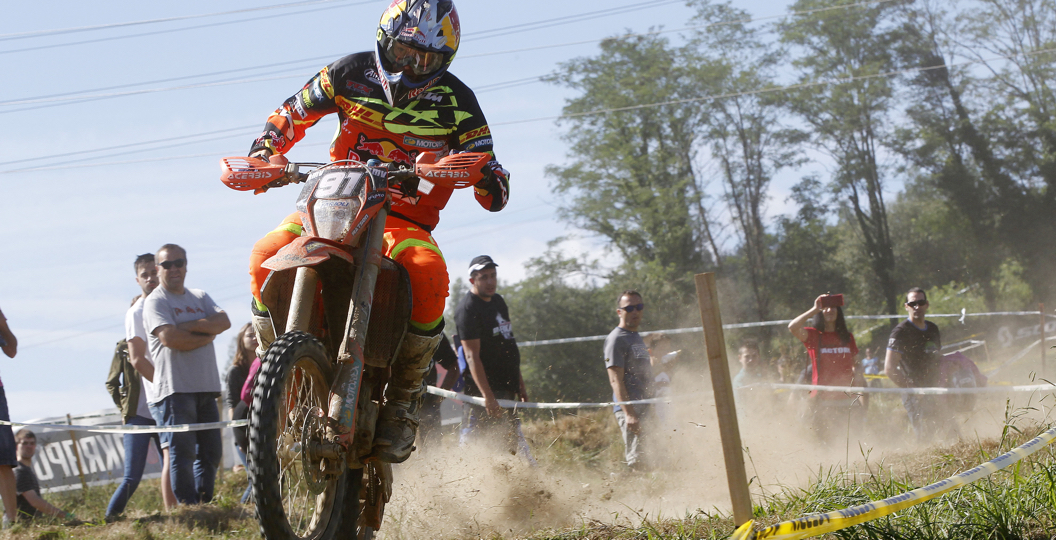 Nathan Watson has enjoyed a positive first term in enduro, as he has picked up a handful of victories and is in contention for the E1 title. The most recent Spanish round was the most successful of his relatively short career, as this KTM press release reveals…

Nathan Watson, new to the factory team in 2016, has made a smooth and successful transition from motocross and his two victories this weekend put him just five points behind E1 leader Eero Remes. The Finn, who was dominant in the Scandinavian rounds, failed to finish on day two of the Spanish race weekend. The British rider wrapped up Saturday’s competition 38.57 seconds ahead of countryman Danny McCanney after winning seven of the day’s special tests on his new KTM 250 EXC-F. McCanney was also his biggest rival on day two, when Watson again took the win by 28.48 seconds despite some errors along the way that cost him time.

Nathan Watson: “It’s been another great weekend for me. I had to push hard on day one because the tests weren’t overly technical, which meant that everyone was fast. It was a pretty intense day. I had one crash, but generally the day went really well. I started pretty steadily like I always seem to do, but I won the E1 class so it ended up being a good day. I felt really tired at the start of day two and it was another tough day. I made a few mistakes and lost quite a lot of time. There was only two seconds ahead going into the final test but again I got the win. I got some really good championship points, so a great weekend for me.”