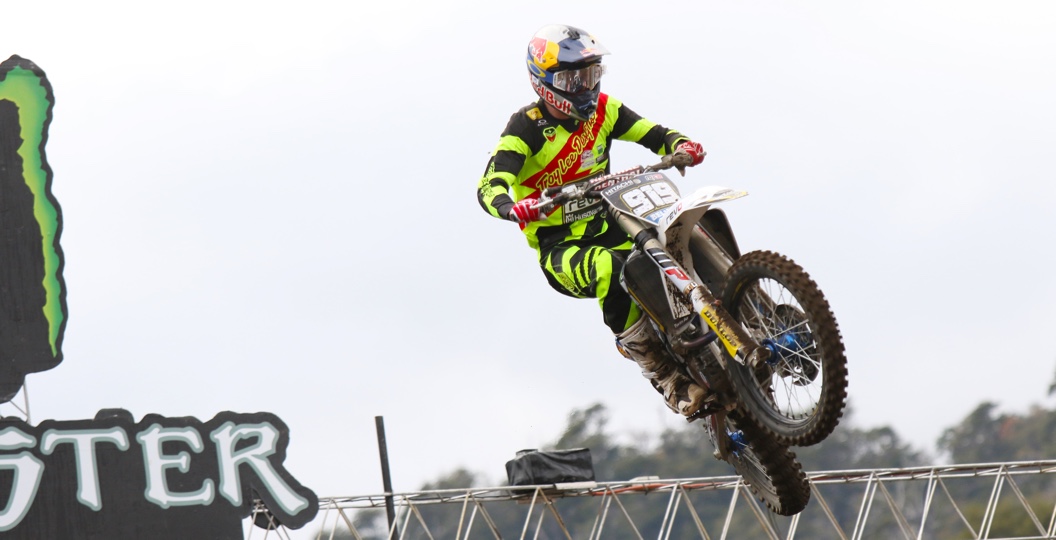 Keeping track of who is in and who is out is often a tedious task. Don’t worry though, we have done it for you! Here’s a comprehensive list of injury updates.

In for the GP of Leon…

Alvin Ostlund: If you read our ‘Stat Sheet’ piece, you’ll know that Alvin Ostlund hit his head in the second moto last weekend. The Wilvo Standing Construct Yamaha rider is back to one hundred percent, however, and will be racing this weekend.

Thomas Covington: Thomas Covington is pushing through pain each week, after breaking his ankle prior to Valkenswaard. Remember, he won here one year ago!

Out of the GP of Leon…

Ben Watson: After enduring the long journey to the Argentine GP, Ben Watson was unfortunately struck down in the Sunday warm up session and left with a foot injury. ‘919’ will be out for an unspecified amount of time.

Ben Townley: Ben Townley, of the Suzuki World MXGP team, pushed through the GP of Europe and garnered seven points, after attracting a virus in the days prior to the event. That illness turned out to have much more of an impact than anyone would have thought, as it also ruled him out of the Argentine GP and he’ll be on the sidelines this weekend too. It sounds like Ben could be back on the line in Latvia though, based on this.

Brent van Doninck: Brent van Doninck was arguably one of the more impressive riders in MX2, prior to his injury at an international race in his homeland. The team have stated that he should be out for around a month with a dislocated hip, but don’t be surprised if it is longer than that.

Brian Bogers: Brian Bogers was caught up in a pile-up exiting the gate in the qualifying heat at Valkenswaard, which left him with a broken collarbone. The HSF Logistics pilot is expected to return in Latvia.

Gautier Paulin: There is no timeline on Gautier Paulin’s recovery, but he still isn’t back on a bike. Don’t be surprised if he is out for a majority of May.

Dylan Ferrandis: When Dylan Ferrandis first dislocated his shoulder in Thailand, hopes were high that he would be able to return to racing at the next round. Recovery is taking a little longer than initially expected, however, and no return date has been set.

Adam Sterry: Adam Sterry was dealt a crushing blow at the GP of Qatar, as he sustained a wrist injury without even crashing. ‘811’ is now back on the bike and will more than likely return to racing at the second Maxxis British Championship round.

Alfie Smith: After landing on an abandoned bike, Alfie Smith dislocated his shoulder at the season opener and will be out for an unspecified amount of time.

Ken de Dycker: Ken de Dycker crashed in the days prior to the opening round and sustained a broken femur, which will rule him out for an unspecified amount of time. Recovery is taking longer than expected.

Jordi Tixier: The wrist injury that Jordi Tixier sustained in 2015 was still giving him trouble through the winter period, so he elected to have another surgery before round one. The Frenchman is back on the bike.

Rui Goncalves: Rui Goncalves crashed in the same incident that claimed Romain Febvre in Italy in the middle of February and sustained a gruesome finger injury. It is unknown when he’ll return to racing, but it sounds like he’s back on a bike. He’s not in Mexico – that’s for sure!

Ivo Monticelli: Ivo Monticelli sustained a vertebra injury in the off-season, but recently got back on a bike. The Italian is expected to return at one of the next three GPs.

Brian Hsu: Hsu crashed back in November and sustained a wrist injury, which turned out to be more serious than first thought. He had an operation around thirteen weeks ago and is getting closer to a return.