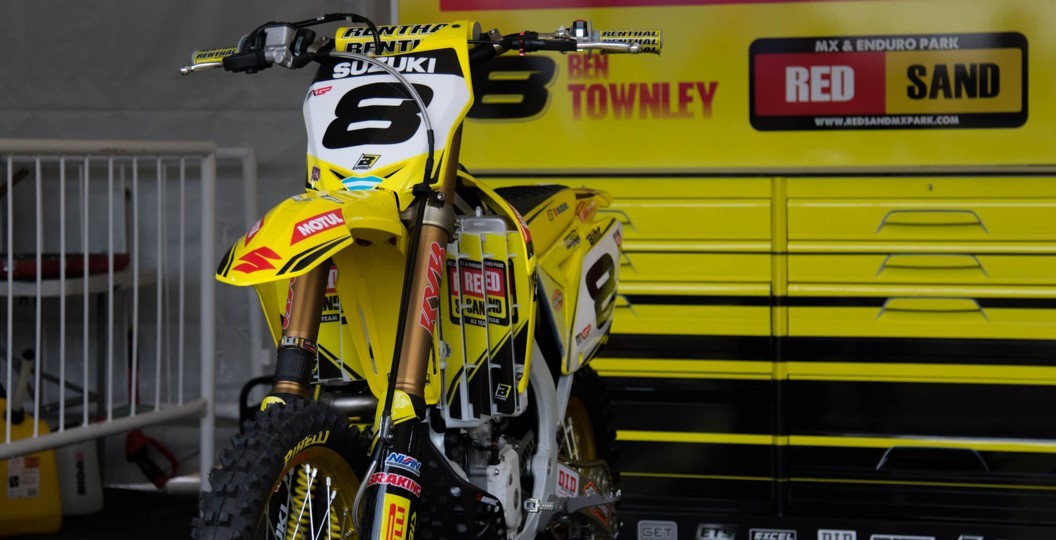 A break in the FIM Motocross World Championship schedule will lead to riders and teams knuckling down, in an attempt to make some gains. Unfortunately a handful of riders succumbed to injury through that period though, so the injured list has grown significantly.

In for the Argentine GP…

Thomas Covington: Thomas Covington limped through the GP of Europe two weeks ago, after breaking his ankle in the lead-up to the event. The American will again push through the pain here and attempt to replicate his great results from one year ago.

Out of the Argentine GP…

Ben Townley: Ben Townley, of the Suzuki World MXGP team, pushed through the GP of Europe and garnered seven points, after attracting a virus in the days prior to the event. Now, two weeks later, Ben is feeling no better and will not be taking part in the Argentine or Mexican GPs as a result.

Brent van Doninck: Brent van Doninck has arguably been one of the more impressive riders in MX2 thus far this year, but his progress has unfortunately been halted. The Belgium was competing in an international race in his homeland last weekend, when we crashed and dislocated his hip. The team have stated that he should be out for around a month, but don’t be surprised if it is longer than that.

Brian Bogers: Brian Bogers was caught up in a pile-up exiting the gate in the qualifying heat at Valkenswaard, which led to a broken collarbone. The HSF Logistics pilot will miss the next two rounds, as a result, but is expected to return in Latvia.

Gautier Paulin: There is no timeline on Gautier Paulin’s recovery, but he’ll definitely miss the next two GPs. Don’t be surprised if he is out for a majority of May also.

Dylan Ferrandis: When Dylan Ferrandis first dislocated his shoulder in Thailand, hopes were high that he would be able to return to racing at the next round. However, recovery is taking a little longer than initially expected. No return date has been set.

Adam Sterry: Adam Sterry was dealt a crushing blow at the GP of Qatar, as he sustained a wrist injury without even crashing. The injury required surgery, which he had in the week following the event, and it seems the second Maxxis British Championship round may be a realistic return date.

Alfie Smith: Like Adam Sterry, Alfie Smith has been ruled out following what most would consider a freak incident. After landing on an abandoned bike, he dislocated his shoulder and will be out for an unspecified amount of time.

Ken de Dycker: Ken de Dycker crashed in the days prior to the opening round and sustained a broken femur, which will rule him out for an unspecified amount of time.

Jordi Tixier: The wrist injury that Jordi Tixier sustained in 2015 was still giving him trouble through the winter period, so he elected to have another surgery just a few weeks ago. No return date has been specified, but he’s getting closer.

Rui Goncalves: Rui Goncalves crashed in the same incident that claimed Romain Febvre in Italy in the middle of February and sustained a gruesome finger injury. There is currently no timetable on his recovery.