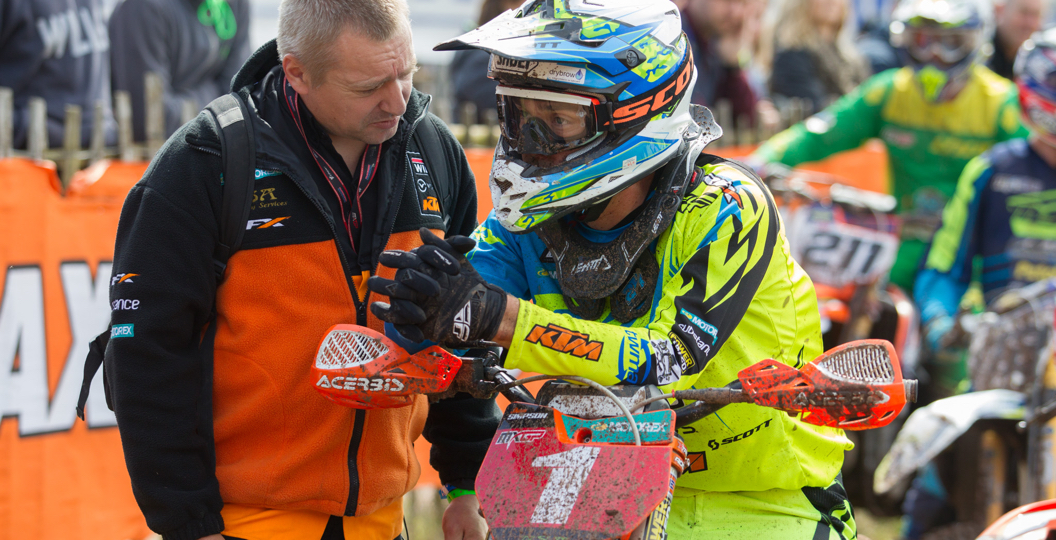 A lot can change from one Maxxis British Championship round to the next, seeing as there is a lot of time between each event. A handful of high-profile riders have succumbed to injury since Hawkstone Park, the previous fixture, as you’ll see when you read this.

Shaun Simpson: Although he withdrew from the tenth FIM Motocross World Championship round one week ago, seven days of extensive treatment has done Shaun Simpson a world of good and he’s ready for this weekend! He has stated that he’ll be at eighty or ninety percent.

Tony Craig: Tony Craig crashed prior to the second round, Canada Heights, and fractured his T1, T2, T3, T4 and T8 vertebrae. Tony has been back on a bike for a couple of weeks now and originally pointed to Desertmartin as the race he’d like to return at, so don’t be surprised to see him on track.

James Dunn: James Dunn hit his head in practice at Hawkstone Park and then limped through the motos, but it was hardly worth it. Dunn has been sidelined since that day and will again miss this weekend, but hopes to be at his best for the British GP.

Steven Lenoir: A fill-in stint with another team is always risky, as Steven Lenoir found out prior to the third round. Lenoir crashed in the first turn at the MXGP of Germany, whilst piloting a 24MX Lucas Oil Honda, and sustained a hand injury that still hasn’t fully healed. He’ll be out of action again this weekend.

Ben Watson: Ben Watson is desperately needed in the relatively-weak MX2 class, but will be sidelined for quite a while with a foot injury. The injury is more serious than first thought, so we won’t see him back on track for a couple of months.

Vsevolod Brylyakov: Vsevolod Brylyakov obviously is not injured (well he did race through an ankle injury last week), but is on a different kind of waiting list. Visa issues will rule him out of the Maxxis British Championship for the foreseeable future and, unfortunately, it seems there is very little he can do to speed the process up.