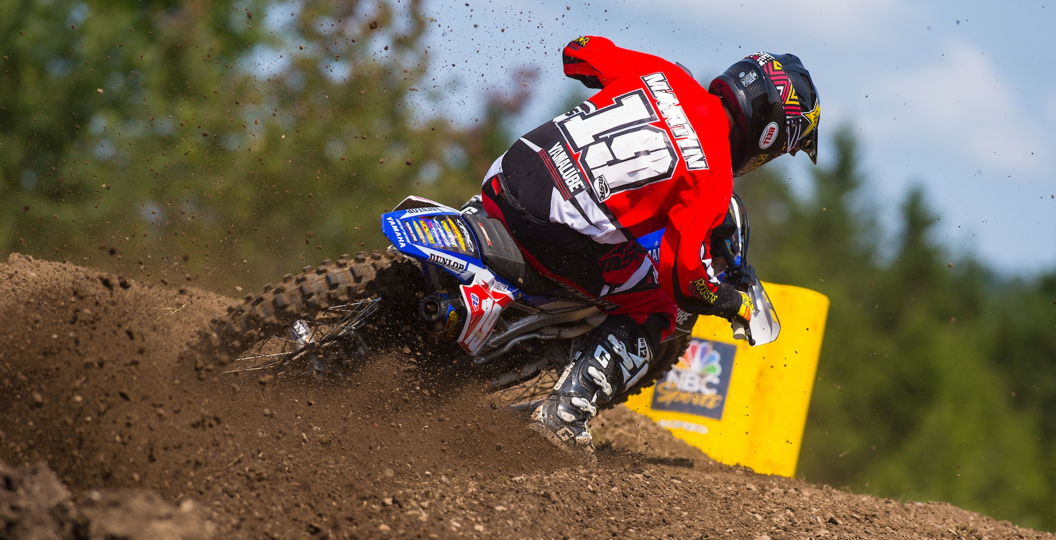 Question: The American Motocross des Nations team was announced on Saturday. Do you agree with the three riders that they selected?

James Dunford: Yep, I sure do. Over the course of the season, those are the guys that have really stood out. 250’s isn’t a question, JMart has been a class above on the whole, and looks like a certain championship contender. Next up is 450’s, which is where Ryan Dungey (even with a sub-par performance last year) is a solid pick, looks very fast at the moment and has experience of the MXoN. The final spot, which has been given to Eli Tomac? Yeah, I think that’s the correct call. Trey rode really well on Sunday, and I think he’d be a great candidate.. but Eli’s raw speed seems to be on another level.

Lewis Phillips: I do agree with their picks, and based on recent results, you have to think that they made the right choice. However, despite this, I still feel sorry for Trey Canard – he has been there each week, posted countless podium finishes but just missed out. I am sure that Canard would have done a great job, and so will the other guys, but someone has to miss out each year. I’m really interested to know what (or who) has persuaded Dungey to compete, as he was originally going to sit the event out for the first time. The team is better with him in it though, so I’m sure the American fans are happy with how this panned out.

Question: Who has impressed you the most this year; Fredrik Noren, Phil Nicoletti or Weston Peick?

James Dunford: Tough one, and it depends how I look at it. Phil hasn’t impressed me that much to be honest (sorry Filthy), so he’s out. Fast Freddy has been really strong, especially of late on the factory Honda, but ultimately it’s Peick. Although he has been expected to do this well after Supercross, he’s really delivered (on the whole) and has come out swinging. Hard work has really paid off, and I still think with more grit, determination and a little bit of luck, he could podium at some point.

Lewis Phillips: Like James said, this is a tough one – I have been impressed with each guy, as they have all had noteworthy results. If Phil had been at every round, I probably would have gone with him, but I’m going to have to go with Fredrik Noren. The Swede was not talked about at all pre-season (as you would expect), and no one had him pegged as a consistent top ten finisher. Even when he first hopped on a factory Honda, most questioned whether a top ten was possible. However, he has excelled and made the most of the opportunity. He has certainly opened some eyes, whereas I think the other two have already done that in recent years.

Question: There were a handful of rookies that debuted at Unadilla. How do you feel about how they performed? Were you underwhelmed or impressed?

James Dunford: I’m not as clued up on the amateur scene as I’d like to be, but that’s beside the point. It’s always really tough to see what they do first time out, especially at Unadilla. Hampshire impressed me more than the other guys, but none of them really impressed. The 250 field is pretty stacked this year, and expectations are probably a little high on my side, but unless you’re getting the holeshot or finishing in the top ten, it’s not good enough for me. Yeah, I’m harsh.

Lewis Phillips: Really, we shouldn’t be judging these kids off of their Unadilla performance alone, as there is a lot more to come. The fact that Hampshire, Renzland and Alldredge finished both motos and posted some respectable finishes is enough for me. Although most would be quick to point to Hampshire as the rider that impressed the most, let’s not overlook Alldredge’s impressive eighth overall. I don’t think many expected that from him, but he clawed away at it and didn’t get caught up in the moment.