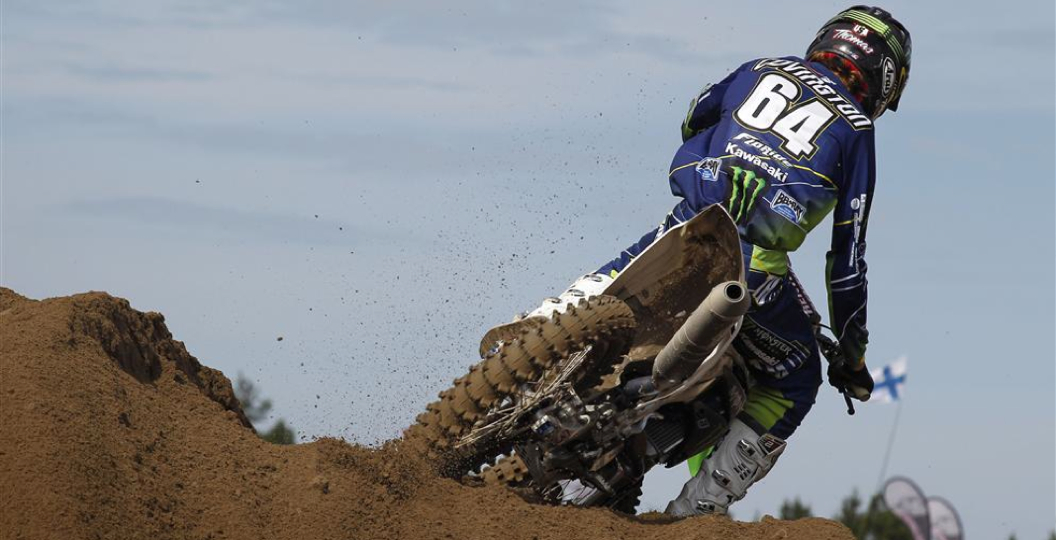 For most aspiring professional racers in this modern world, racing in the USA is their priority. It is hardly surprising, as the bright (but daunting) lights of supercross and the lifestyle are two things that would attract most people, no matter their walk of life.

It has become normal for a European rider to gain experience in the FIM Motocross World Championship before looking to America as the next and final step of their career. Arnaud Tonus is in the process of making the switch, and Dylan Ferrandis has already made his intentions quite clear. The fact that the switch has not gone well for some (Tommy Searle and Tyla Rattray come to mind immediately) has not put these riders off in the slightest. Everyone believes that they are capable, right?

After all, Clement Desalle and Kevin Strijbos went over mid-season in 2013 and posted results not too dissimilar to what they achieve in the MXGP series. So, if the level is relatively similar, these young riders probably believe that they can go there and achieve exactly what they did in Europe, whilst earning more money. However, the grass is not always greener, and racing away from your home without your family and friends is something that has derailed the careers of some. Of course, the same applies for the riders that take the path less travelled and come to the GPs from a foreign land, like Todd Waters, Luke Styke and Thomas Covington did this year.

Unfortunately, it is rare for an American to head to Europe and most Australians aspire to be a supercross champion (and understandably so) like Chad Reed. However, those three riders are different and must be respected for that, although they too face the same troubles that riders heading to the USA have. In fact, those issues are magnified, as you have to deal with different languages, food, tracks and varied weather in the FIM Motocross World Championship.

Both Covington and Styke are a perfect example of how you have to allow for an adjustment period, and by this I mean no discredit to them. Thomas burst onto the scene and took a surprising third in a moto at the GP of Qatar. However, he has struggled since then and has not replicated that result. Why? Well, Thomas has stated that Losail suited his style more, because it was not as rough and there were more jumps, which is typically what most American tracks are like. So, in a situation that he is comfortable with, he can challenge for podiums, but on a typical European circuit, he struggles to break into the top ten. That gives you an idea of just how different the two are.

You have to be quite confident to put yourself in a situation where you could either sink or swim, so why exactly did Thomas decide to hit the MXGP series rather than stick to his homeland, where he had a guaranteed ride with Monster Energy Pro Circuit Kawasaki, one of the most successful teams in the sport? “I just thought it would be a really cool experience; I couldn’t really turn down the offer to see all of these different countries, and all of these different tracks. It’s going to make me a better rider overall, and also besides riding, just to see the world will give me a little more experience when I do go back to racing in the USA” is what he had to say in an exclusive MX Vice interview earlier this year.

That is an experience that you can only get by racing the FIM Motocross World Championship, and honestly, it’s surprising it doesn’t attract more. However, as mentioned previously, the experience can take its toll on even the toughest of riders. Luke Styke entered the series with a wave of momentum behind him, after winning his national MX2 championship. With some credibility behind his name, most had him tipped as a consistent top ten finisher at least; Luke himself stated that he expected top fives.

How has he got on? Well, as of yet he has not broke the top ten at all and has a cluster of DNFs and DNS’ to his name. It is fair to say that it has not gone how he (or anyone in his camp) expected. Admittedly injuries have played a role in that, but there have been no flashes of brilliance at all. Does that mean that Styke is never going to be any better in the FIM Motocross World Championship? Definitely not! You have to allow all of these riders time to adjust. Just look at how Marvin Musquin and Ken Roczen performed when they first got to the USA; they were considerably better their second year – the same goes for the riders that travel from afar to contest the MXGP series.

Unfortunately it seems Styke could be returning home to his native Australia after just one season, as he has been linked to the premier CDR Yamaha team and has made no comment about sticking with the FIM Motocross World Championship. Although it will be sad to see him go if that ends up being the case, you have to applaud him for taking the unconventional route and leaving his comfort zone, which is something many riders live in fear of.

Not everyone struggles in their first year though, as there are some riders that either meet expectations or exceed them. Although we only had a small sample size, Todd Waters really impressed me prior to his injury. The Australian was also impressive down under in 2013, hence why he was handed a factory ride for his first campaign. Waters showed flashes of speed at the first five rounds, and also proved that he could run with the established names when the field was at its strongest.

Although some were surprised, it seems the Red Bull Ice One Husqvarna team are going to give him another shot for next year. Like I stated above, these riders usually do much better in their second year, although Waters will still have to adjust after missing a majority of this season. However, he knew before he started this adventure that it was going to be a tough transition, so it seems he mentally prepared himself for that uphill climb.

Although all three of these riders have had a turbulent time since taking the path less travelled, you must applaud the courage they showed when taking the plunge. Rather than chasing the bright lights of supercross, they simply want to be a world champion, which is the ultimate prize at the end of the day.