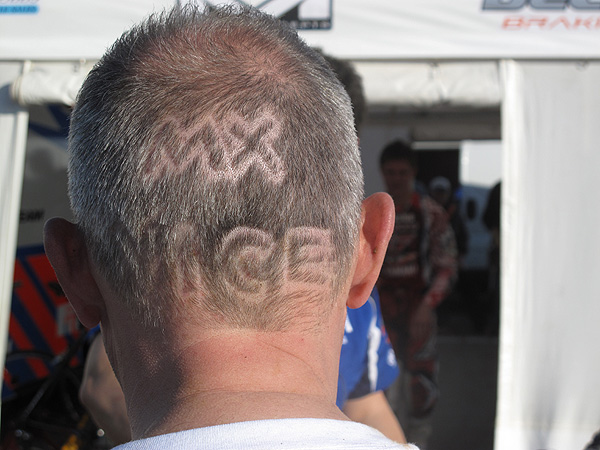 Dedication is what you need!

Well, all said and done, what an excellent start to the Maxxis British championship season at FatCat Moto Parc this weekend! Bright blue skies, a healthy crowd and a track that certainly didn’t give any rider anywhere to hide – it was beautifully brutal, certainly from our side of the fence anyway 😉 Arguably there wasn’t any real surprises with the overall victors of each class but you could argue there was with the remaining places on the box.

In the MX2 class it was Monster Energy/ Bike it/ Cosworth Yamaha rider Zach Osborne who took the red plate with his usual swashbuckling effort. With Osborne taking the win you’d expect to see his sublime teammate Arnaud Tonus stood next to him on the podium in second, because lets be fair these two are the dominant force in MX2 Maxxix British championship motocross, but it wasn’t a Osborne / Tonus 1-2 this time.  Mel Pocock stepped up to the plate in some fashion with a brilliant performance to still make it a Monster Energy/ Bike it/ Cosworth Yamaha 1-2, much to the delight of boss Steve Dixon. It was a Yamaha sweep on the podium and it wasn’t the defending champion Tonus rounding out the box. No, it was one of our riders of the day, Ulsterman Graeme Irwin on his Samsung/RFX Yamaha who bagged third with a typical gutsy performance that put a huge smile on his face after missing most of last year with a broken back but also his boss Roy Emberson. What a great return to the Maxxis British championship for them both.  Tonus finished fourth on the day with two calculated race wins and an uncharacteristic DNF in the second moto. There’s still a lot of work ahead for them and the rest of the field to catch Steve Dixon’s boys though. The writing on the wall for the rest of the field in the MX2 class was that on the last lap of the final moto Tonus and Osborne were 15 seconds faster (yes, 15!) than their nearest rival and no matter which way you package that it’s an ocean apart from the chasing pack. It’s early days but you’ll be a brave person to bet against it not being a two horse race for the MX2 title again this year. Graeme Irwin looks tired and disgruntled after three grueling motos. He was tired, but not disgruntled!

Kevin Strijbos certainly made a statement in his Maxxis British championship debut on the HM Plant KTM. To say it was a polished performance was an understatement. He topped super pole qualifying and led every lap of all three motos looking super smooth and completely unflustered when any attack came his way. Methodically he just ground out laps like a robot and pulled away at the front, much to the delight of his mentor – 3 times World champion Harry Everts. Strijbos has always been incredibly talented but you could almost see the Everts influence starting to take hold. Coming in second behind the Belgian was Gert Krestinov on his Maxxis British championship debut for Route 77 Energy/ MVR-D Honda. That may have been a surprise to some but not us at MX Vice. Remember Gert was ever improving and strong last year and he has won a GP in deep sand. No doubt about it, the Estonian’s confidence is growing and he’s got himself off to a great start. Latvian Mattis Karro rounded out the top three, much to the delight of his travelling fans. Mattis is yet another rider who has switched teams for 2012 and Steve Turner must be happy with his return so early on. The STR KTM rider was really the only rider to put a challenge to Strijbos, finishing second in motos 2 and 3, if not for a mistake in the first moto which put him down to eighth he had the obvious speed to make it a KTM 1-2 but it wasn’t to be. Mattis didn’t seem too disappointed though, grinning like a Cheshire cat after the race like he usually seems to be. It's now wonder Kevin Strijbos is smiling after the final moto. You'd be too if you swept the day by leading every lap. Karro's fans seemed happier than Mattis himself - and he always seems to be happy! Must be something in the water in Latvia...

Some of the Veteran class riders must have asked themselves why they’re still racing at the end of the day. The FatCat track was savage enough for blokes in their 20’s, let along blokes in their 40’s! To say there were a few tired bodies and souls out there at the end of their second moto is probably an understatement and no doubt they’ll be feeling it this morning!! ‘Factory’ Phil Mercer may well ache like the others but at least he has the satisfaction of having the series leader red plate. Phil took both motos with two solid rides and was flanked either side of the podium by Greg Hanson and Gary Hoptrough. At 47 years old Greg is still as smooth as silk on two wheels and it was good to see Gary back on the track again after falling into motorcycle stunt work (excuse the pun) when he finished his British championship career first time around. He’s probably thinking this morning after the brutality of yesterday’s race he’ll return to it!

So there you go. The first Maxxis British championship down and seven to go. It was a belting start to the championship and you’ll be able to see for yourself if you missed it when our video goes up on this site tomorrow, so keep an eye out for that. Now really looking forward to the second round at Canada Heights on the 1st April. You’d be a fool to miss it (see what we did there!)