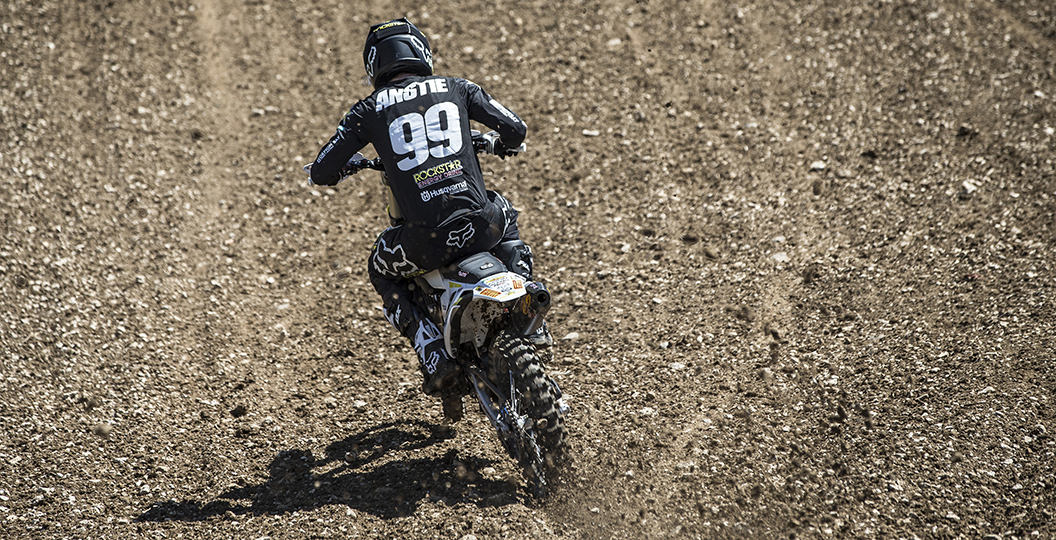 Following a lot of speculation and concern, it has finally been confirmed that Max Anstie will be on Standing Construct KTM from this point on. Anstie, who signed the one-year deal in the days that followed the Grand Prix of The Netherlands, faced a lot of uncertainty in the second half of the season, despite the fact that he enjoyed more success than a majority of his competitors and those in factory seats.

There is no doubt that Max Anstie belongs on a factory team, no matter where he races or what class he is in. Standing Construct KTM is the next best thing though. This is the equivalent of Rocky Mountain ATV/MC KTM in the United States, for those who are uninformed, so it is not a full-blown privateer squad like others in the pits. Considering how dire the situation seemed earlier in the season, things have worked out as well as they could have for both parties. Tim Mathys was going to enter the year with Glenn Coldenhoff and Ivo Monticelli initially, which would have been a solid effort for a satellite team, but now he has added another rider who could win multiple Grand Prix.

With Glenn Coldenhoff and Max Anstie on a team, one could really argue that Tim Mathys has constructed (pardon the pun) a roster that would rival a majority of the factory teams within the paddock. If Team HRC would have signed both of those guys, no one would have batted an eyelid. It looks like a factory squad. It is just another amazing move for KTM too: They now have Jeffrey Herlings, Antonio Cairoli, Max Anstie and Glenn Coldenhoff piloting their steeds. They will have four of the spots within the top five at certain rounds, so will be even more dominant than they were over the last six months. Who would have thought?

Anyway, back to Max Anstie. There is absolutely no way that he should have been in the spot that he found himself in, which most would agree with. It would have been a travesty had he been forced to exit the FIM Motocross World Championship at this point. Anstie was one of just seven riders (Jeffrey Herlings, Antonio Cairoli, Gautier Paulin, Tim Gajser, Romain Febvre and Clement Desalle) to stand on the overall podium at some point this year. Does anything else really need to be said? A head injury at the beginning of the season hurt his final ranking, but that happens to everyone from time to time.

What could he realistically achieve in the premier division? There is no doubt that finishing up inside of the top five in the final championship standings is possible. Anstie has proven that he can match someone like Clement Desalle at a majority of the rounds, so therefore getting in that mix consistently should not be too much of a stretch for him. Glenn Coldenhoff tends to be the next best guy, behind those big five riders, and most would confidently state that Anstie is stronger than him. The individual results from the last two years reflect that too. The inter-team rivalry between those two is actually going to be a very interesting subplot.

Presuming that the next term of the FIM Motocross World Championship goes to plan, it is going to be very intriguing to follow Max Anstie through the same tedious process of finding a deal for the following season. There is now no doubt that he would return to the United States and chase success in supercross, therefore that is potentially an option, but then some factory seats are expected to open up in Europe also. HRC and HRC and Monster Energy KRT will be open to discussions, looking at current contracts within the paddock, so the way that Anstie performs next year could shape his future and even elevate that Standing Construct KTM programme as well.