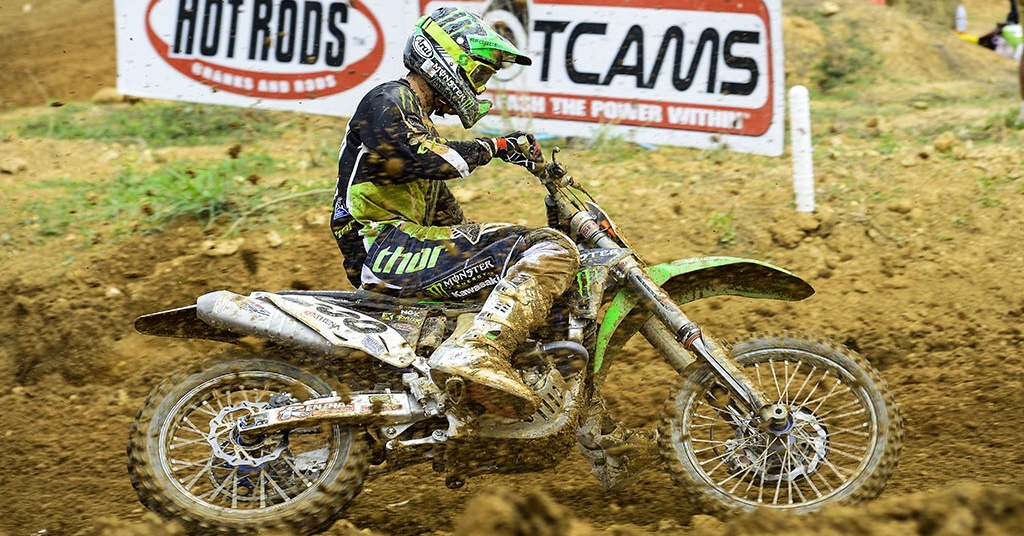 Talking Point: The Power of Confidence

In the last couple of Grand Prix races we have seen how confidence has had a huge effect on some riders.

Take Arnaud Tonus as the first example. Two years of injury misery haunted the Swiss ride but at Qatar his come from behind rides showed him he still had the speed to win. Fast forward to Brazil and it was Tonus who took advantage of Herlings’ absence more than any of his rivals to win the first GP of his career.

That gave Tonus the championship lead going into Italy, something he had never had before and it was there that Herlings would make his comeback. But it was there that Tonus had probably the best race of his career, coming from last to catch Herlings in the last couple of laps and nearly win the race!

Tonus knew he had Herlings’ pace at Qatar but with the pressure on, we saw Tonus ride to his maximum in that moto because he had the self-belief to do it. Arnaud Tonus is riding the best he ever has this season and with each brilliant ride comes another bucket load of confidence that helps him to continue in believing that this could well be his year to lift the title.

Right now it is Tonus, not Herlings, who is the fastest man in MX2.

Youngster Tim Gajser is another ride who has shown just how confidence can help your speed. Gajser came into the season without a lot of hype despite some very impressive performances last year as a 16 year old on a privateer team racing selected MX2 GPs.

But in the last two GPs on board a Gariboldi Honda with HRC backing, Gajser has taken the next steps in his career.

A third in a tricky and rutted second moto at the Brazilian GP showed the world the talent the Slovenian had. Gajser had not pressure from fourth and his technique on such a treacherous track also shone through. It was the best ride of the Slovenian’s short career but one week later, he backed it up again.

At Arco di Trento Gajser moved into second and chased Herlings for over twenty minutes and almost even passed the two time world champion to take the lead. He eventually succumbed to a charging Tonus but it was third again for Gajser this time he showed he had what it took to challenge for the win.

That performance in Brazil changed Gajser’s self belief. He knows he is as good as the rest in that class now, and there is no reason he shouldn’t be going for the win. The second moto started with Gajser down in turn one but he came back to eleventh to show that he can also come through the field.

Another important aspect is, as well as lifting Gajser’s confidence, it will lift the spirit of the Gariboldi Honda team and HRC. It will prove to them that they have the right rider and also show them that the work they are doing to the Honda, which has been uncompetitive at GP level for a while, is really paying dividends. That will motivate all involved to work even harder because already this early into the season the work they have done in the winter has paid off.

Another rider to keep an eye on this weekend is Glenn Coldenhoff, the Suzuki man had a poor first moto in Italy but his second moto was a statement of intent. Coldenhoff won with Herlings and Tonus breathing down his neck. That win might just have elevate Coldenhoff’s confidence to a whole new title challenging level.

In MXGP Jeremy Van Horebeek has really lifted his game. His ride at the MXDN in Germany was pretty special and winning with Belgium plus being the only factory rider on the Rinaldi Yamaha, seems to have altered his mindset.

Van Horebeek has been fast all year but after leading in Brazil, JVH came into Italy really believing he could win. A couple of mistakes and bad starts prevented that but his ride from a bad start to very nearly passing Desalle for the win on the last lap just showed how Van Horebeek’s self belief has grown.

Contrast that to this time last year when Van Horebeek, although fast, would pull over to allow his teammate Paulin through. Now Van Horebeek believes in his talent enough to show his true potential. He knows he can win and it shows.

Confidence is also the reason Adam Cianciarulo made the smart decision to race East instead of West after his speed coming up to A1 just wasn’t there. Adam knew he had more chance of winning in the East because it gave him more time to prepare and everyone around him also knew that was vital to sustain his race winning confidence after a difficult 2013. If not for a shoulder injury while leading the series that plan would have worked perfectly!

These riders have shown just how a confidence boost can really inspire your performance and it proves once more that at the top level, motocross and sport in general, can be won and lost between the ears.