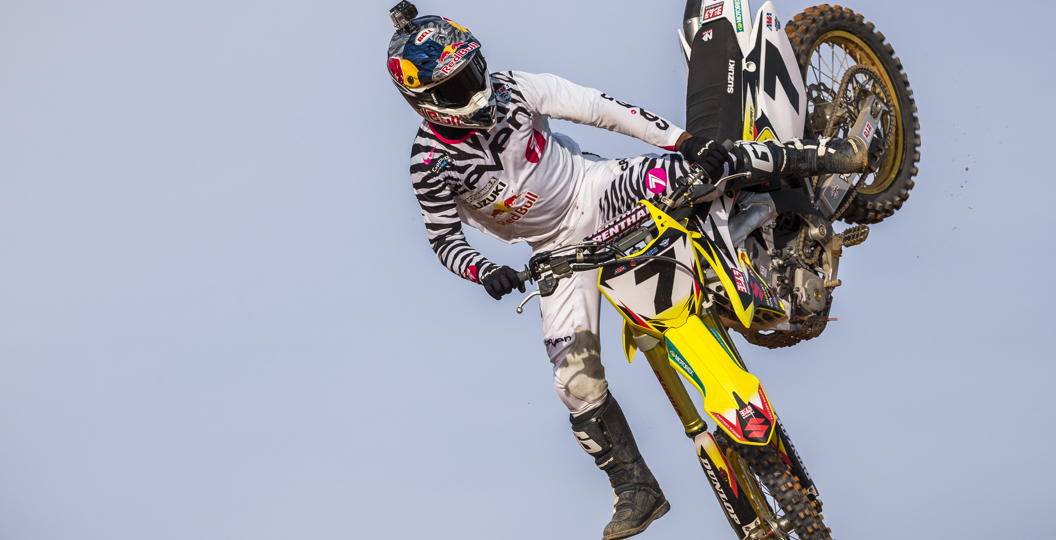 Stewart spotted on a Honda

The last time that fans had any concrete evidence that Stewart has been riding was twelve months ago, when he rolled out onto his private facility aboard a stock Yamaha. What pulled him into the public eye on that day? The champions from the James Stewart amateur event that is held at Freestone each year were invited out to his track, along with the Seven amateur athletes. Well, prepare yourself, because the same has happened this year.

There is a difference this time around though. Stewart has not been seen in a year, so most were relieved to just see that he is still riding and has a bike at his disposal. The machine, a CRF450R, is the one that he was rumoured to be riding in Monster Energy Supercross. Another point to note is that he is not sporting a Red Bull helmet. Although this is by no means evidence that he’ll be lining up at Anaheim 1 in January, it is still a treat to see him aboard a bike again. The Instagram video below features the most footage of him riding.

@therealjs7 and @malcolmstewart are creating memories riding laps with these #js7springchampionship champions! All the riders are so excited to be here!

Although the next Instagram video features less footage of Stewart riding, it at least shows him on a supercross track. It is worth viewing just to see what Haiden Deegan is capable of anyway!

Stoked to be out at the @therealjs7 track got some huge jumps thanks for letting us all come out to ride your track????????.

Finally, and a new addition to this post, is a video that our friends at Seven released earlier today. The video shows Malcolm Stewart putting in laps aboard a Kawasaki, which perhaps indicates what his bike of choice is currently.