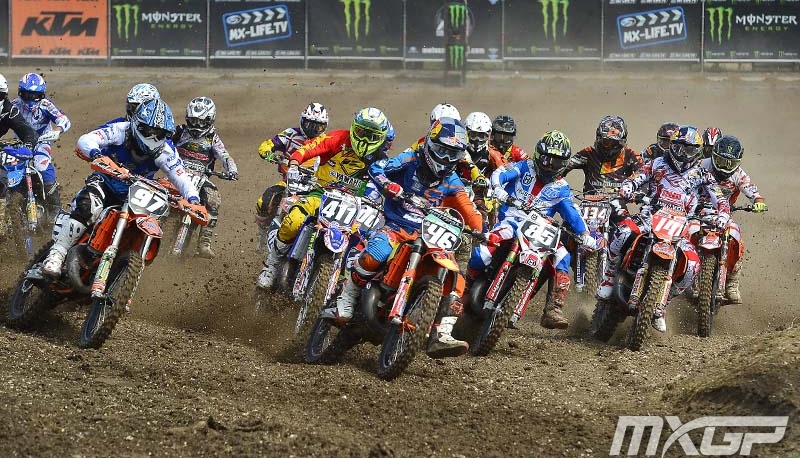 It’s a big weekend for Conrad Mewse it Italy.

The reigning 85 World and European champion will make his 125cc debut for factory KTM and he has some seriously fast competition! Mewse though might just be the most talented kid on the gate so it shouldn’t be too long before he is challenging at the front once he gets to grips with the bigger machine.

With some of last year’s top men leaving the series to move into EMX250 such as Championship Jonas and runner up Dercout, the championship is wide open and Mewse has every right to believe he can be up there, even if it is his first season.

His biggest competition could be his teammate Davy Pootjes. The Dutchman is now in his second year in the 125 class and seems to have really stepped it up this season. He has been dominant in the early Dutch championship races and looks ready to go for the title. Don’t forget Pootjes was 85cc European champion in 2012, so he has championship winning pedigree.

His old 85cc rival Brian Hsu should also be a leading contender. Hsu, like Pootjes, had a slow start to his 125 career in 2013 but by the end of the season the young German showed he could run top five when he got a start.

In fact he and Pootjes finished seventh and eighth in the championship last year with Pootjes just getting the edge over Hsu as they continued their rivalry from the 85cc class the year before.  The one question mark is will his factory Suzuki be on par with the factory KTMs of Mewse and Pootjes, especially off the start.

With Nicolaus Dercout leaving the class Yamaha have two new kids ready to go this year. Frenchman David Herbreteau has been drafted in to get in between the factory KTMs and Suzukis. The fifteen year old was formerly with Bud racing, then Husqvarna and currently leads his French national championship.

Belgian Cyril Genot has been hotly tipped as one of Belgium’s next top riders and will ride for the Kemea Yamaha team and has guidance from GP legend Marniq Bervoets. Genot, like some of the other top names mentioned, are all already in GP  teams signifying their talent and giving them the perfect opportunity to go right through to MX2 if they keep getting good results.

With 88 riders entered for the first round it will be a throwback to the old GP days with timed qualifying determining the fastest 40 before the two main motos. The class will be young hopefuls ringing the necks for their screaming 125 machines all in the hope of proving to team that they have what it takes to be the next big GP star.

It promises to be fantastic racing and with two motos this year to decide the championship all the riders who qualify will get more experience on racing the GP tracks too.  We might just be seeing the Searle, Roczen and Herlings battles of 2011 but this time they will be racing 125s and called Mewse, Hsu and Pootjes!