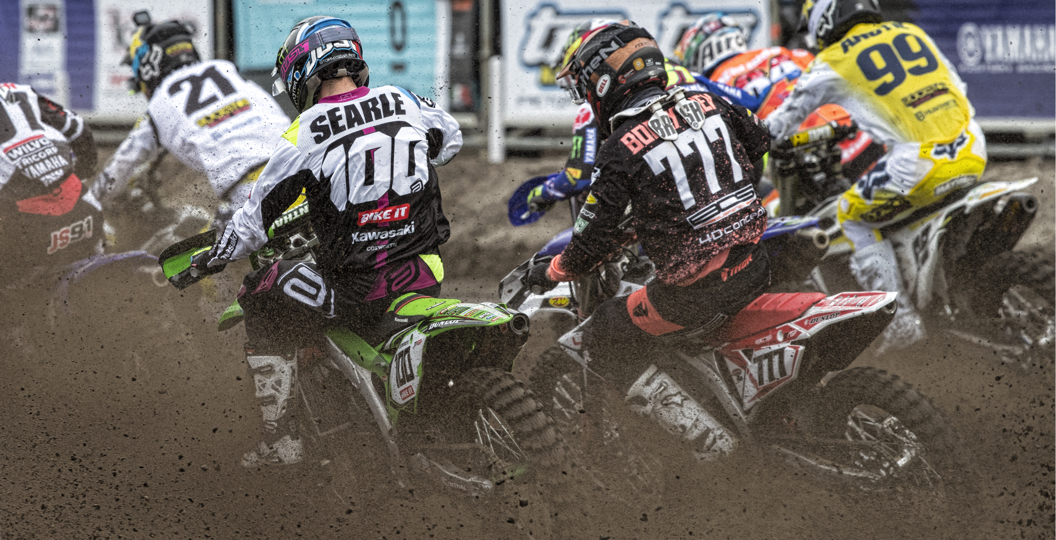 Tommy Searle has now released an update on his injury, which confirms the information that was exclusively revealed below. “I got caught up in a crash yesterday off the start after a rider went down in front of me and I couldn’t avoid his bike,” Searle wrote on his Instagram. “I had surgery last night to fix my collarbone – that’s the only injury I had so I’m now on the mend. It will be about four weeks I would think, not ideal but had far worse. Will keep working hard as I was feeling good.”

It seems the Grand Prix of Russia would be a good point for him to return but, if not, the race in Latvia on the second weekend in May may be one to look to.

After speaking to someone in the Bike It DRT Kawasaki camp, it has now become apparent what happened. Tommy Searle ran into the back of Evgeny Bobryshev in the first turn and broke his collarbone. A surgery is being done as we speak to fit a plate and he should be back within three weeks. No further injuries were sustained.

The Bike It DRT Kawasaki team have confirmed exclusively to MX Vice that Tommy Searle sustained a broken collarbone in the first moto at the Grand Prix of Europe. Details are sparse at the moment, seeing as the injury was just sustained, but it occurred on lap one and that explains why he did not appear in the results on live television. It was the left collarbone that he broke and he will be having an operation later today.

Tommy Searle has endured countless injuries in recent years. A torn ACL sidelined him for the first six months of last year and then he broke his hand shortly after that. Searle enjoyed an injury-free winter though and came into this season raring to go, then recorded a ninth and a thirteenth at the opening round, but obviously has not made it much further than that.

There is no timeline on his recovery yet. More details will be published on this page as soon as they are available.