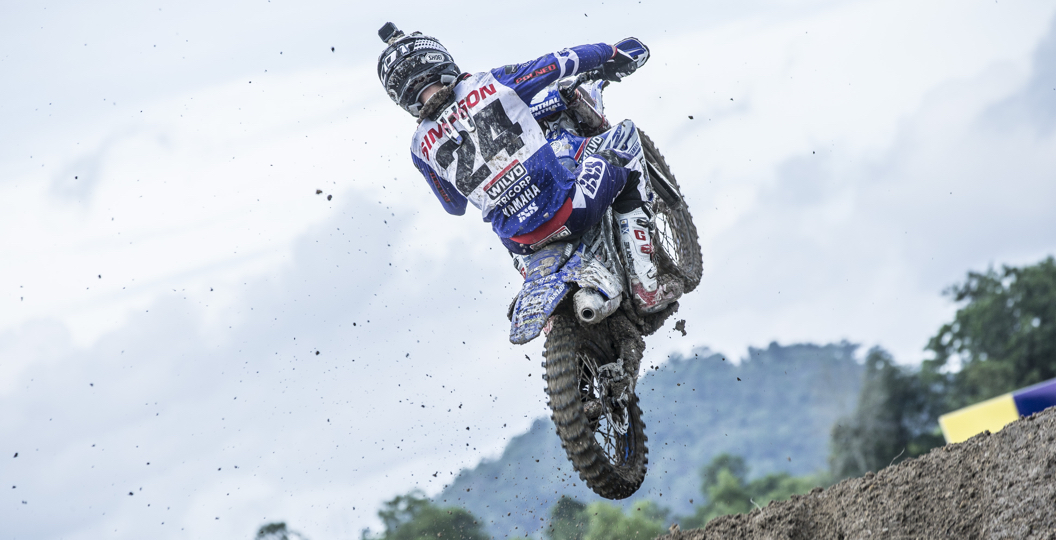 Shaun Simpson has had a difficult period and, unfortunately, he is still suffering blow after blow. The Wilvo Yamaha MXGP rider has withdrawn from Semarang and left Asia early, due to issues out of his control.

“Flight home isn’t what you want to see on Saturday morning of a GP, but the facts are since last weekend I have been battling a urine infection which has not improved all week even after a heavy dose of antibiotics,” Simpson wrote on social media. “We decided last night that the best option was to get back and run some proper tests to get to the bottom of the issue and regain some strength in the body. It’s been a rough ride, but as they say what doesn’t kill you and all that… Focussed on being healthy for Loket in two weeks.”

Shaun Simpson missed three rounds of the FIM Motocross World Championship earlier this year, so his ranking in the premier class has really suffered. Sixteen is the position that he currently occupies.