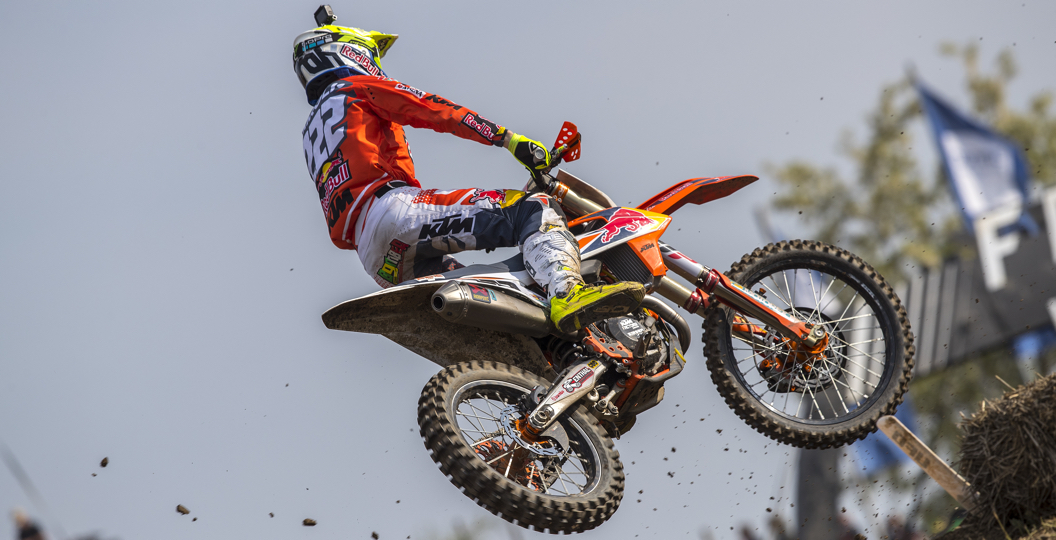 Matterley Basin stormed into the hearts of fans across the globe twelve years ago, as the all-new venue played host to the Grand Prix of Great Britain and Motocross of Nations in the same season. It is rare for such a new circuit to immediately establish an identity and character. The picturesque circuit did just that though and has continued to be a highlight on the FIM Motocross World Championship calendar.

Stefan Everts and David Philippaerts were the winners the first time that the Grand Prix contingent rolled into the valley, then there was a break of five years before the series returned. Matterley Basin has hosted a round every year since then, except for last year when the Motocross of Nations took place, and has certainly established itself as the home of the British Grand Prix. Matterley Basin is still one of the newer circuits, considering that it has only hosted seven rounds of the series, but has quickly become a favourite of both the riders and fans. Although that may seem irrelevant in a factual piece, it often leads to some memorable racing.

Antonio Cairoli has openly praised Matterley Basin and is also the winningest rider at the circuit. Cairoli claimed his first overall victory in the premier division in 2011 and then managed to stand atop the podium on three other occasions (2012, 2014 and 2015). Put simply, no one has come close to matching that. Jeffrey Herlings has won at Matterley Basin twice, but the other winners (Stefan Everts, David Philippaerts, Ken Roczen, Tommy Searle, Clement Desalle, Glenn Coldenhoff, Tim Gajser and Valentin Guillod) have not managed to repeat their success. Clement Desalle and Tim Gajser could do that this weekend, of course, but smart money would be on Jeffrey Herlings adding a third victory to his tally.

Perusing that list of winners makes it obvious that KTM have enjoyed a ton of success at Matterley Basin, whilst others have been locked out of the top spot. Suzuki, Kawasaki and Honda have managed to sneak a single victory in at the spectacular venue. Yamaha are higher up on the board with two, thanks in part to Stefan Everts kicking things off twelve years ago, but then that is it. All of the major manufacturers have won at least once, with the exception of Husqvarna. The victory that Max Anstie captured at the Motocross of Nations could be counted, of course, but this is a look at rounds of MXGP that have been held at the venue.

It is certainly possible for Husqvarna to grab a victory in either class this weekend; Gautier Paulin, Max Anstie, Thomas Covington and Thomas Kjer Olsen are all very capable. There is one streak that may stay intact for as long as Matterley Basin lives on, however, and it involves another rider on Austrian machinery. Glenn Coldenhoff won the Grand Prix of Great Britain in 2013, which is a highlight of his career. The path that he took to the top was not necessarily stereotypical though, as he was third and fourth in the two motos and scored just thirty-eight points. Will anyone ever win at Matterley Basin with a lower total than that? It is extremely unlikely.

It is worth noting that Glenn Coldenhoff claimed the first victory of his career at Matterley Basin, which is not actually too uncommon. Romain Febvre claimed his first moto win in the premier class at this circuit three years ago, for instance, and Valentin Guillod took the second victory of his career in the MX2 division that same year. Fresh faces can reign victorious on the circuit that rewards flamboyant riders and that may even happen this weekend. Ben Watson could do it and become the second British rider to stand atop the box at the Southern venue.