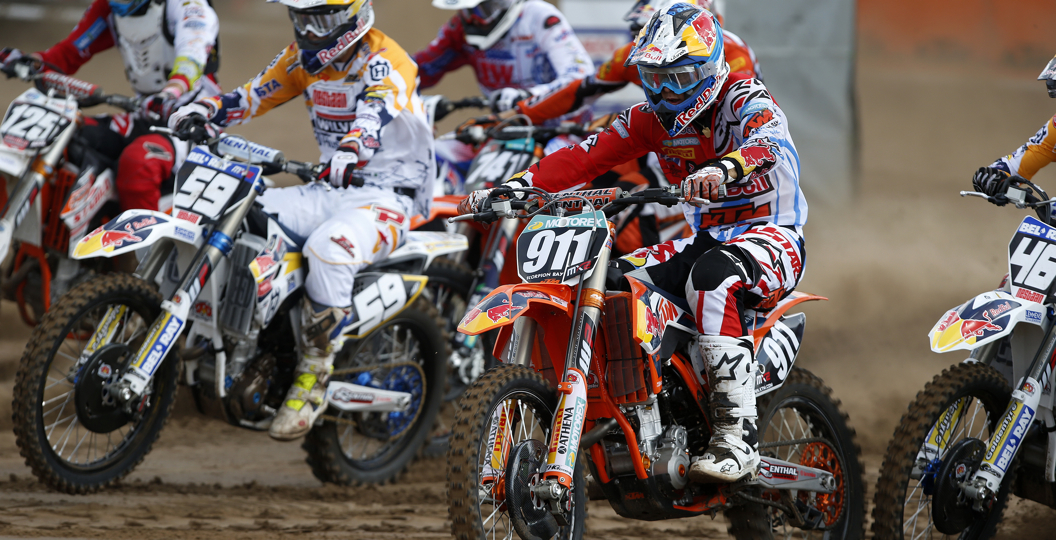 The Red Bull KTM Factory Racing Team has left for Brazil and later Mexico for the final two rounds of the 2014 MXGP and MX2 World Championship. Fresh from the long summer break, the factory riders have re-charged their energy and their motivation and intend to wrap up the season on a high note.

The team is prepped and ready for action in the penultimate round this weekend on the new Brazilian circuit at Trindade in the State of Golas, marking the second time that they have raced in Brazil this season. Round 3 was at Beto Carrero, an occasion when Red Bull athlete Tony Cairoli gave local fans reason to celebrate with a double victory. Now the seven-times world champion is on the verge of sealing his eighth world title in a decade of professional racing.

The Italian maestro has an 81-point lead over Jeremy van Horebeek with just 100 points up for grabs. Should he succeed it will be the second time Cairoli has taken the coveted gold number plate as class winner in Brazil. Cairoli competes on the nimble KTM 350 SX-F.

Regrettably, his MX2 counterpart Jeffrey Herlings has had to take doctor’s advice and continue to heal his fractured femur, at least for the penultimate round in Brazil, as Pit Beirer, KTM’s Head of Motorsports has announced.

“We’re very sorry that Jeffrey will not be able to race in Brazil this weekend, because he has rewarded us this year with a lot of exceptionally thrilling riding before his accident. But Jeffrey understands that as a professional rider he needs to listen to expert medical advice. While it is certainly disappointing for both him and the Brazilian fans, it is very important that his leg heals properly,” Beirer said.

Herlings won 12 of the first 13 MX2 GPs this season, and still has a 57-point lead in the points. His nearest rival is his own factory teammate, the talented French rider Jordi Tixier, who has confidently stepped up with some strong results in Herlings absence and has now become the other title contender. Both Tixier and Herlings ride the KTM 250 SX-F.

The role of flag carriers for the Red Bull KTM Factory Racing team this weekend therefore falls into the capable hands of both Cairoli and Tixier. Cairoli’s MXGP teammate Ken de Dycker is not traveling to the two final ‘fly away’ rounds and instead has undergone surgery on a wrist injury. He has opted to end his season early and concentrate on a fit and fighting return to racing in 2015. The championship wraps up on September 14 in Leon, Mexico.