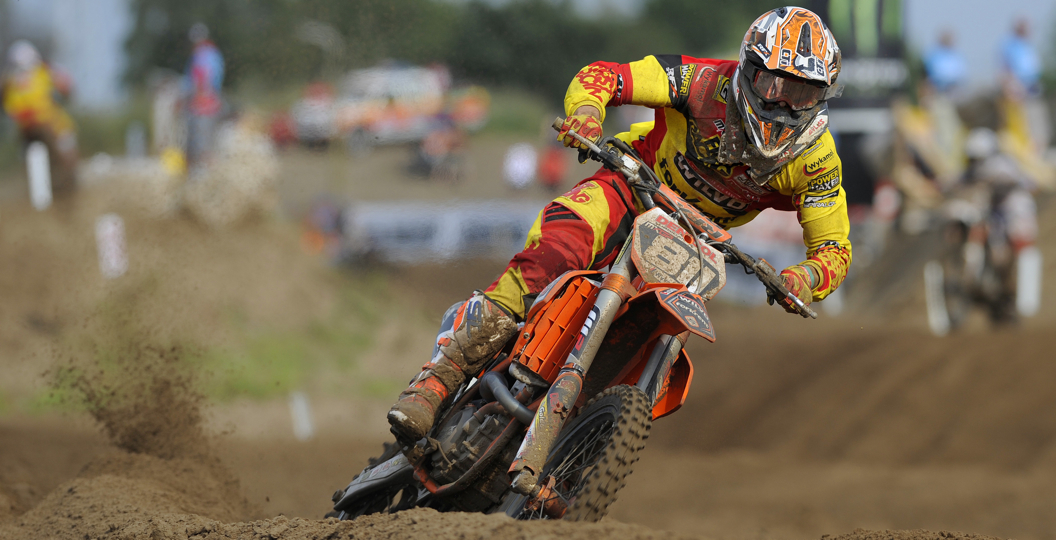 Under the Radar: GP of Belgium

Gautier Paulin: The Frenchman missed out on the podium but had the same points as Simpson and De Dycker. It was a superb ride from Paulin in his second race back from injury – he started just inside the top ten in race one but worked his way up to second and even put mild pressure on Cairoli. In race two another average start saw him work his way up to fourth. To come back to the front of the pack on such a tough track after being out for so long is a testament to Paulin’s talent and his dedication.

Jordi Tixier: Tixier was second overall, but his second moto win was truly impressive, maybe the most impressive ride of his career. Jordi has always had trouble with pressure but with Anstie, Ferrandis and Febvre all on his tail in race two, he was the rider who made no mistakes and took home the win. Tixier delivered when the pressure was really on in regard to the title. His title challenge is most definitely on and if he can be in the top three again in Brazil in five weeks he will really put the heat on Herlings, who will have to ride the last round and be up to speed to prevent Tixier taking his title.

Pauls Jonass: New KTM Factory rider Pauls Jonass opened some eyes with some excellent raw speed in the sand and carded a fine ninth overall. Pit Beirer and Stefan Everts want to work with hard working talented kids and Jonass is fitting the bill. His speed is there now it is just a matter of getting his fitness on par. Next year could be a break-out season for Jonass with Everts and a factory KTM machine behind him.

Filip Bengtsson: The young Swede opened some eyes in Finland with his speed and did the same in Lommel. He was all over leader Strijbos in the heat race until Cairoli and Simpson joined the battle. He holeshot again on Sunday and showed some more blistering speed before the tough Lommel track took its toll. If Bengtsson can show similar speed on hard pack he could be in with a chance for a full time GP ride in 2015.

Adam Sterry: Sterry was brilliant at Lommel. He almost won the first EMX250 moto on the last lap and backed it up with fourth in race two. Adam surprised everyone including his dad with his performance as no-one really expected him to run with the sand experts and challenge them for the podium! Sterry was awesome and hopefully will get the chance to race MX2 GPs next season, because at Lommel he proved he has all the versatility you need to race GPs.