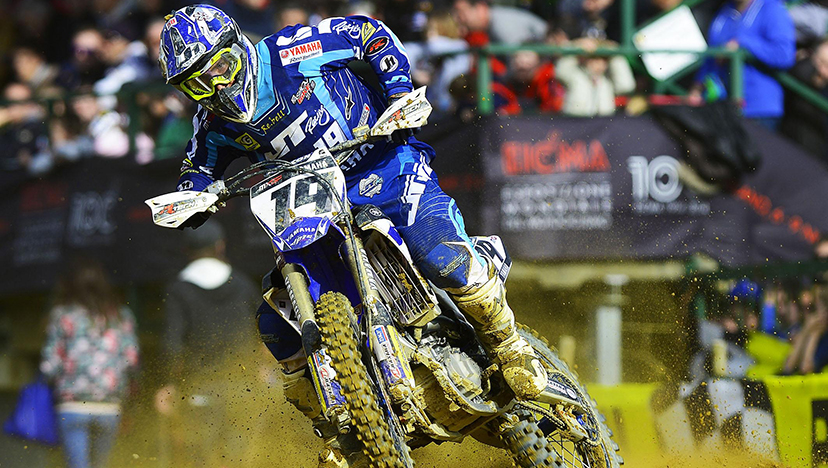 Under the Radar: GP of Spain

Xavier Boog: Xavier Boog is a great rider, but he is still exceeding expectations aboard his 24MX Honda! Recently, Boog has become a firm fixture inside of the top ten, and is close to creeping into the top five, which is applaudable. In Spain, he was comfortably inside of the top ten – he garnered race finishes of a seventh and a ninth. Overall, this was the most points that he has garnered at one round this year, so he is consistently improving, which is quite exciting; he could become a firm fixture at the front.

Although consistency has been a bit of an issue in recent weeks, he is seemingly getting better in that area, which will aid him in his quest to finish as high up as possible in the MXGP series standings. Really, Boog should be the top Honda guy in the series; he is only two points behind full HRC rider Evgeny Bobryshev. So, the Frenchman and his team do deserve props for that!

Of course, the hard-pack, slick track of Talavera de la Reina would have suited him, but that does bode well for the coming weeks. With Matterley Basin, St Jean d’Angely, Maggiora and Teutschenthal next up on the schedule, Boog should be able to build on this momentum. So, remember to keep an eye on the #121 machine beneath the 24MX Honda awning; he will undoubtedly continue to impress.

David Philippaerts: Silently, David Philippaerts has turned things around, in recent weeks. Honestly, the first couple of rounds were torrid for him, and his DP19 Racing Yamaha setup. With various mechanical problems and lacklustre results, it didn’t look good for the Italian. But, he has been on the cusp of the top ten in recent weeks, which is an improvement. It is a shame that we now look at those finishes as good ones for the former world champion, but unfortunately, some tough injury-filled years hindered him.

In Spain, he had a strong eleventh, and a seventh, so it was easily his best GP this year. Like Xavier, the upcoming circuits will lend themselves to his style, so he too could begin to garner some stronger finishes. Presumably, the likeable Italian will not be around for too much longer, but he has put together a strong effort with his own team, and that is tough, as he’s the only one flying the flag for DP19 Racing.

Rui Goncalves: Has anyone really noticed Rui Goncalves this year? Honestly, the Portuguese rider really has been under the radar since round one, for some reason. Although the Spanish GP was not the strongest round that he has had so far, I  felt that he needed some recognition! The Brazilian GP was definitely his strongest performance –  he had an eleventh and a seventh at that round. However, his ride this past weekend was just as good, as he had an eighth in moto two.

In race one, he finished in a lacklustre fifteenth. But, he did get caught up on the first lap, and had to push through to that spot. The MXGP class is so deep this year, so it is tough for riders like Goncalves to cut through and get into the top ten after a bad start. In the second race, he started tenth and still moved forward, so a good start is clearly crucial for a lot of the guys this year.