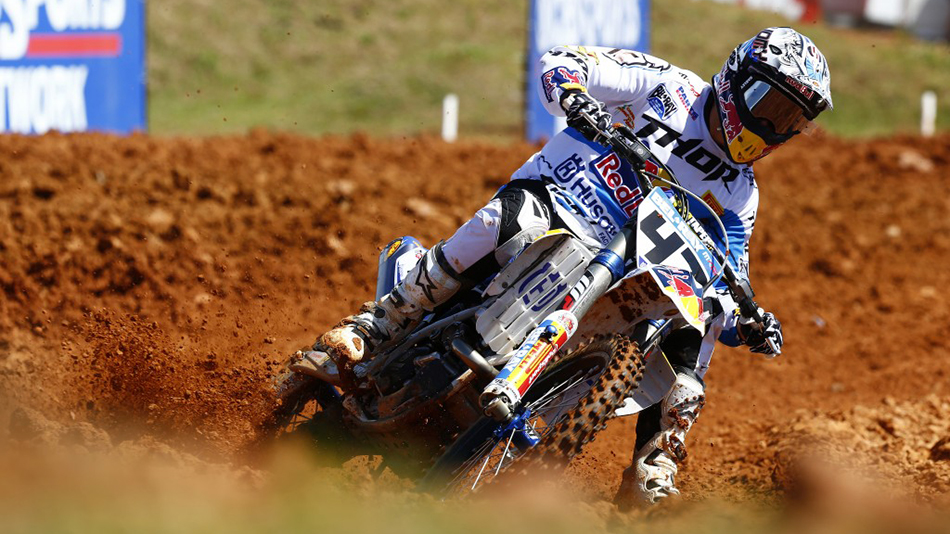 Under the Radar: GP of Brazil

Tim Gajser (MX2): In recent years, Tim Gajser has had a few flashes of brilliance, which have prompted most to tip him as a future winner. At the GP of Brazil, the Slovenian showed why a lot of people believe in him, as he landed on the MX2 moto podium for the first time in his career. With a HRC bike beneath him, Tim had to perform this season; there are no excuses!

Following a somewhat lackluster start to the season, Tim came out swinging in moto two, as he started in second (rarely do we see him up front out the gate) and stayed up front for the duration. Now, perhaps his podium finish was a direct result of the good start – Beto Carrero was seemingly tough to pass on, there weren’t a lot of options for the guys. For instance, he did not move forward much in moto one.

However, the fact that he managed to run the pace in the second moto was promising, as he was not overcome by the pressure and excitement of it all. His lap times were competitive as well, so everything is looking good for Gajser; he still needs to figure out the consistency side of it all, but he should progress through the top ten as the year moves on.

Valentin Guillod (MX2): Valentin Guillod really was under the radar at the Brazilian GP; most other riders hogged the spotlight in Herlings’ absence. But, Valentin finished with exactly the same amount of points as Gajser, and got half the recognition! In many ways, Valentin was a little more impressive than his Slovenian counterpart, as he put in two consistent motos (the Standing Construct KTM rider finished with a seventh and a fifth).

Like Tim Gajser, Valentin Guillod pretty much finished where he started, as the track was so narrow and tough to pass on for the most part. But, he held strong and battled it out with a handful of established MX2 podium contenders. Although Guillod has had a very quiet start to the 2014 season, the potential is there, undoubtedly. It is funny just how similar his year has been to Gajser, at this point.

Todd Waters (MX1): Honestly, I believe in Todd Waters. Although some seem to have been a bit underwhelmed by his results thus far this year, I think that he has had a great start; he is only going to get better, remember. Todd got a very good start in Brazil for the first time, so we really got a look at what he can do. Judging by how comfortable he seemed up front, he may achieve his goal of breaking into the top five very soon.

Although two riders initially passed him, he then settled in and had a good ride going in fifth. The Australian could have finished in that spot quite easily, but Max Nagl, and Gautier Paulin eventually got around him, which is nothing to be ashamed about! His ride in race two was a little confusing, as he moved forward in the first half, but then dropped back slowly. But you cannot expect much more from him – he has become a firm fixture around eighth, which is exactly where he should be in this stacked field.