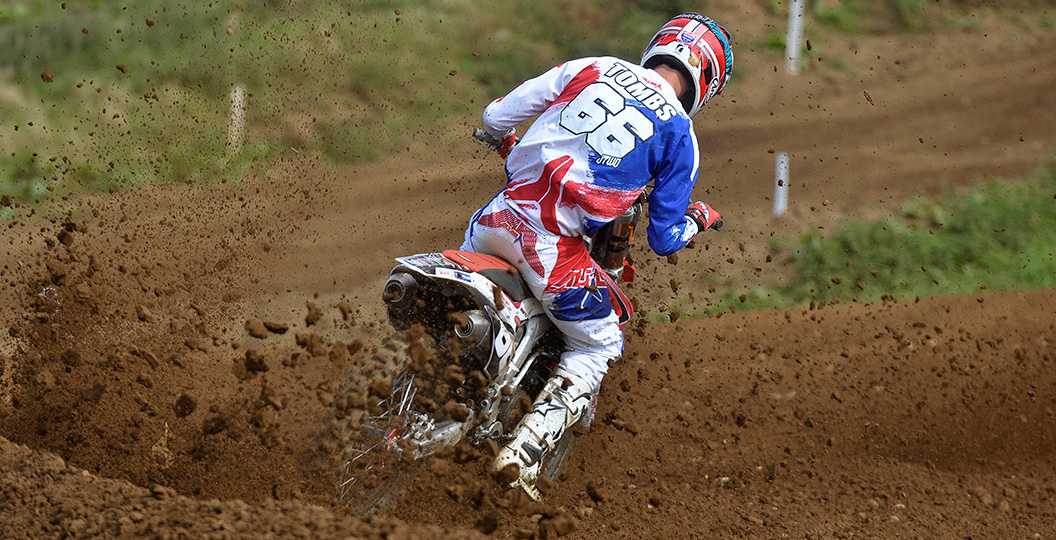 Under the Radar: Culham

The sixth MX Nationals round was packed full of action, with many different stories to follow. However, there were a handful of riders that avoided the spotlight whilst putting in some impressive rides throughout the weekend.

Lewis Trickett: Lewis Trickett has been a revelation this year, despite the fact that an injury threatened to end his year prematurely. However, he did manage to return for the first time since his injury at Culham and he reminded everyone just how strong he is, with three noteworthy rides. Whenever a rider returns from a serious injury, it usually takes a little while for them to get back up to one hundred percent, as there is no substitute for racing.

Although we did see evidence that suggests his race fitness isn’t quite where it needs to be (again, it will come with time), he held on for some impressive finishes. After taking the holeshot in race one and showing his reaction time wasn’t off, he battled it out for the duration but had a small fall, which, along with his lack of race fitness, hindered his finish. The second day was a better one for him, as he had a seventh in moto two, although his lack of race time was evident again; however, he saved his best for the final MX2 encounter.

After starting second, he stayed there and showed no signs of fading at any point. With the second fastest lap time of the race, it was quite clear that he was deserving of the position. I am certain no one expected him to score a runner-up position in his return to racing, but he did, and he is only going to get better from here.

Lewis Tombs: Lewis Tombs fits this column perfectly, as I feel like he always gets overlooked, despite the fact that he posts solid results more often than not. For instance, he has posted a handful of fourth place finishes in the MX Nationals this year, but how often do you hear people talking about him? Anyway, I digress. The JAR Honda rider was strong once again at Culham and was fighting in that top tier with the title contenders and wildcards.

Consistency was perhaps his greatest strength, as he recorded results of a fifth and two sixths for sixth overall. The level in the MX2 class this past weekend resembled a round of the British Championship, so those results are really quite impressive. He is also just a couple of points adrift of fourth in the championship now, which would be a great result for him and his team.

Although tenth in the Maxxis British Championship may seem lacklustre in comparison, he missed round four with an injury, so has been playing catch-up since then. An influx of moto finishes around seventh in that series indicates that he should be higher. Like I mentioned above, it’s quietly been a solid year for Tombs.

Stuart Edmonds: The season has not been a great one for Stuart Edmonds; although you could argue that his ride at Culham was his best of the year. Edmonds has not contested every MX Nationals round, but he returned to the series this past weekend and posted his best finishes of the season. Good starts aided him, but once up front he didn’t really move around too much, which is a testament to the pace he was running.

An eighth in the first moto was already his best result of the season, but that was lacklustre in comparison to his finishes on day two! Like many riders, Stuart wasn’t a big fan of the track on Saturday, and was much happier with the conditions in the second and third motos. After grabbing a top three start, the Irishman was shuffled back to sixth in the second race. However, he regrouped and moved forward into fifth before the end, to record his first top five finish of 2014. The final moto was equally as impressive, as he again held his own whilst battling with some of the frontrunners on his way to a sixth.

It is worth noting that Edmonds also finished in the top ten in a moto for the first time in the 2014 Maxxis British Championship at the most recent round, Cusses Gorse. So, all of this certainly indicates that he has come into form and may also make more of a splash in the coming weeks. Of course this is good news for the Irish contingent, as the Motocross des Nations (where Stuart will represent his nation) is just around the corner.