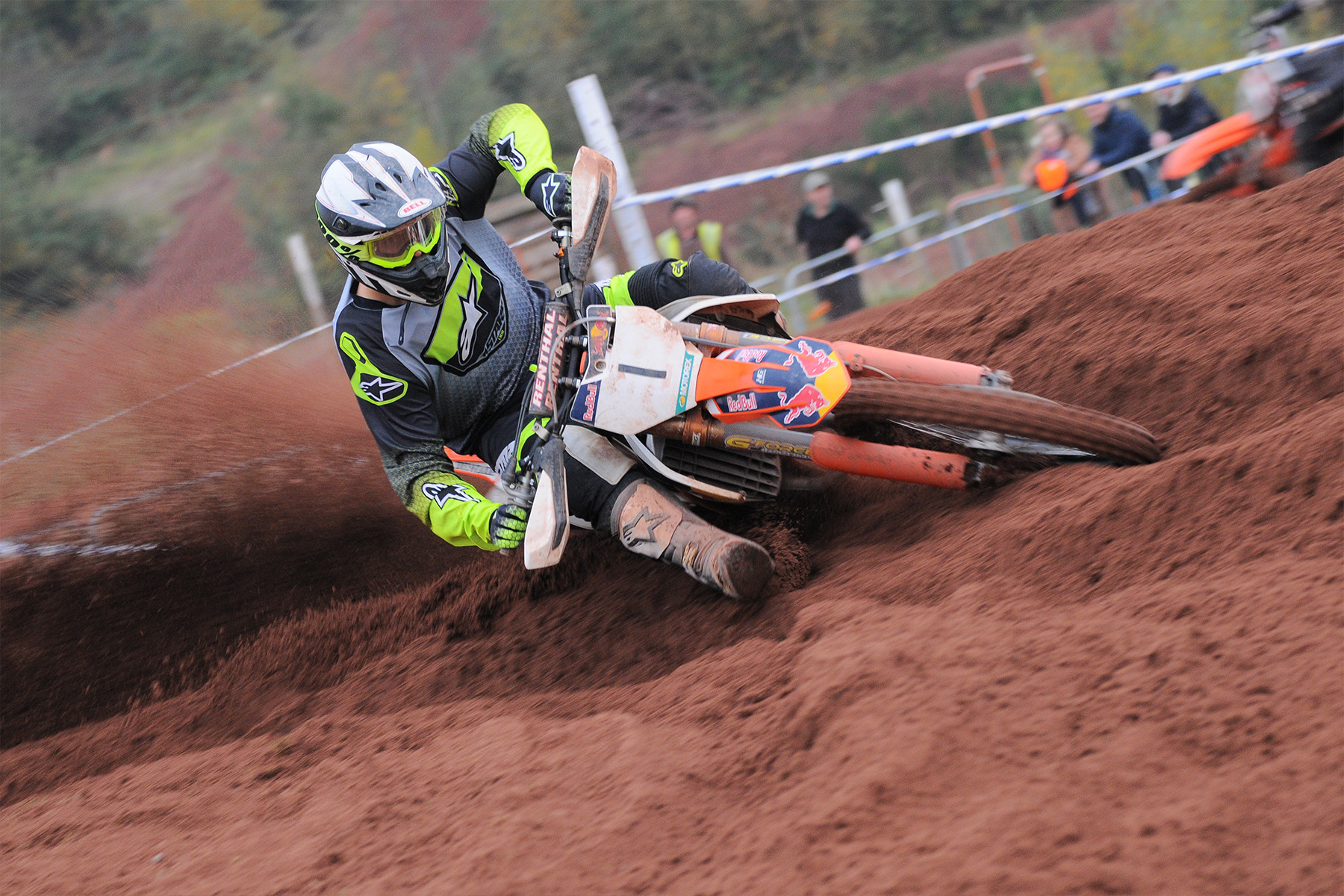 Hilton Park played host to Wilden MXC last weekend for round 3 of the winter championships. Freshly turned sand welcomed the healthy attendance of riders with a completely new sand section, which would prove to be a pivotal point of the track for many classes. Adding an extra flavour to an already tasty line up were the quads with Oli Sansom being the stand out rider, after a recent spell of good form. The busiest and most hotly contested class of the weekend though was the Auto’s. The battle for the overall was wide open with anyone three riders capable of winning.

The auto riders kicked off the day with three riders immediately standing out from the crowd, looking hungry for the win. Ben Casey, Reuban Allway & Shane Jones fought out the overall all day long with Casey & Allway both tasting the top spot. The final race almost saw Jones bag a win but a small mistake saw him drop back from Allway who went on to win the final outing. Taking the overall just 3 points clear at the top was Casey securing the win with a third in the final race after battling back markers and ever deeper ruts and berms. Allway took the runner up spot in fine form with Jones a further 5 points back in third. In the SW autos Oakley Kettle proved dominant taking all three wins in very challenging conditions ahead of Kyle Hancox & Finley Nials.

The adult A class riders was once again put on an impressive display of speed and stamina as the riders blitzed the challenging Hilton circuitm making the new technical sand section look easy. Jamie Jackson came out charging from the off taking three dominant race wins, three holeshots and stamping his authority all over the A group. Corey Hockey put in another impressive ride to take second overall but he couldn’t find the edge to beat Jackson on the day. Jordan Wills took a flurry of thirds to take third overall and the bragging rights of top 2- stroke fending off a late attack from Luke Houghton. His challenge for a podium spot would be ended in the second race as he struggled amongst back markers in the closing stages.

In the 65cc class. Keelan Hope took all three races to take a clean sweep and the overall with 135 points to his name. The impressive pace set by Hope was something Jack Dando couldn’t match by riding hard all day long was enough to see him take second overall. Lincoln Hastead came on strong in the final race bagging a third spot and pinching third overall from Leo Skinner whose fourth in the final race hampered his overall. In the novice section on the field Ethan Lochrie took a pair of wins and a third on his way to the overall ahead of Malachi Stock in second just 3 points back from Lochrie. Rounding off the novice podium was Evan Boden who bagged a podium spot by just 2 points over Leo Rumbold.

Ben Kennedy took the overall in the BW85cc but it was anything but easy as he had to find his way past a fast starting Robbie Scott. Applying pressure with every lap Kennedy got to the front in every race, where he would stay till the flag. Corey Flynn came on strong as the track got tougher bagging a pair of seconds in the final two races, at times looking as though he had he pace to take the final race win from Kennedy. Two seconds would still be good enough for a well-earned second overall. Jack Parker managed to hang on to third despite a terrible start to his second race, which saw him have to battle his way through the field. Scott was the biggest shock of the day missing out on a podium after showing great speed in the early stages of every race. Arai Elcock had another impressive weekend bagging the overall in the SW85cc. Toby English was unlucky to miss out on the overall but a third in the final race was the deciding factor, which saw him settle for second overall. Cory Cookland hung on for third overall with a best finish of second in the final race as he got to grips with the technical deep sand section.

Declan Hunter & Jamie Osbourne split the wins in the Rookies with both riders dominating the class. The action was close throughout the day with both men charging away at the front of the field in every race. It would have been a clean sweep of wins for Hunter if not for a run in with a post which saw him drop behind Osbourne in the first race. A further two race wins in ever rougher conditions was enough to bag the overall for Hunter. Jamie Evans took third overall fending off the advances by Callum Charnock who would take the overall in the 2-stroke class. Just missing out on a podium spot was Cole Cookland who was looking like he could steal third overall in the final race until he fell on the finish jump just two laps from the end.

In the Adult B group it was Dan Houlker who took the overall with two race wins to his name in a challenging class, where line choice provided crucial as the leading pack picked their way through back markers as high as eighth. Ryan Carey hung onto a well-earned second overall after winning the opening bout in an impressive fashion. Damien Smith bagged third overall after a fantastic final race which saw him lead until two laps from the end when Houlker made his move. Ryan Day was unlucky to be off the podium after colliding with a back marker in the opening race. A third and fourth in the final two races showed he had the speed but the damage was too much to recover. Dan Robson took the overall in the newly formed Adult C group ahead of an ever faster Lawrence Green who enjoyed battling with the B group riders in the final race scoring his best result of the day. Wes Cooper rounded of the C group podium in third just ahead of Sam Turner in fourth.

Oli Sansom was an unstoppable force in the quads. After successful Barmouth & Margate beach races, Sansom was finally returning to form after being plagued with injuries throughout 2016. Alex Bethell put in 110% effort throughout the day bagging second overall on 126 points. The stand out performance of the day came from James Bevan. Following a first race crash he managed to bounce back digging deep and bagging two thirds. Enough to clinch third overall by just 3 points. Greg Thynne took fourth overall but would be gutted to miss out on a podium spot after riding well throughout the day.