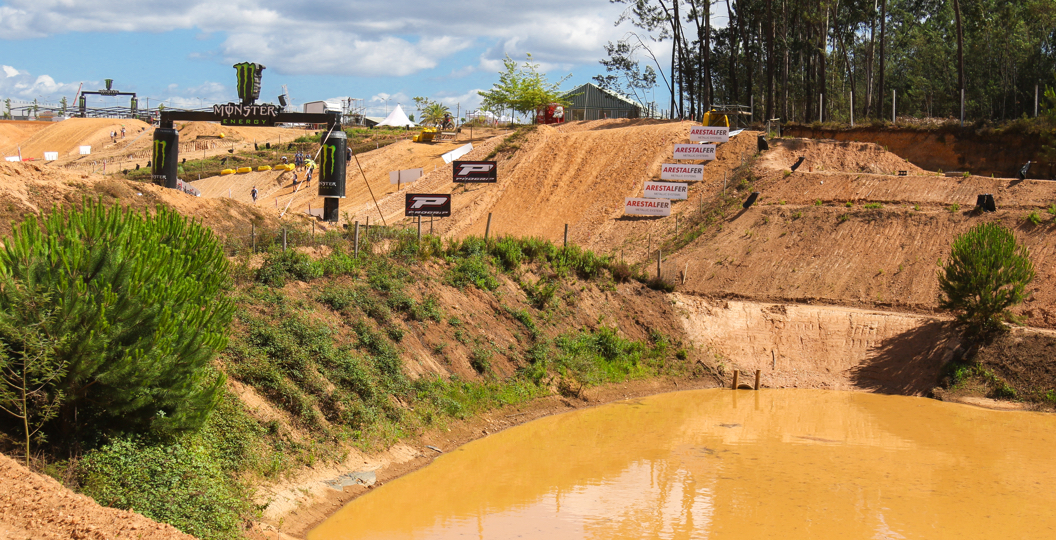 The FIM Motocross World Championship will march on this weekend, as round twelve will be held at the iconic circuit of Agueda in Portugal. Agueda has not featured on the calendar at all in the last three years, believe it or not, so you may have forgotten some important points about the event. Don’t worry though, as we’ll cover everything in this regular feature.

–  The full MX Vice team are present this weekend. What does that mean? You’ll be treated to exclusive interviews, reports, videos, images, opinions, news and much more! Stay tuned to this very site throughout the weekend and we won’t disappoint.

–  Do you want to feel closer to the action, but sit on your couch at the same time? Of course you do! Fox MX Manager, the ultimate fantasy experience, is based around the FIM Motocross World Championship for the first time and offers fans the chance to win some incredible prizes each week. It is free to play and incredibly easy to select a team, so what are you waiting for? Fox MX Manager can be played by clicking here.

–  How can you watch the action this weekend? A comprehensive television guide can be found on this link, but MXGP-TV is a brilliant alternative! That service, which costs a small fee, will cater to your needs.

–  The paddock is bursting with riders from the EMX125 and EMX250 classes this weekend. Just under one hundred and fifty riders are registered! The full entry lists for those classes are available elsewhere on this site.

– Seeing as this Grand Prix is based in Portugal, one would presume that the heat would be unbearable. That is not the case, however, as temperatures will hover around twenty-five degrees all weekend! That is much better than the Grand Prix of Lombardia one week ago.

– The times will be a little different this weekend, hence why you must take note of this point. The time in Portugal is the same as the United Kingdom (BST), so we are an hour behind mainland Europe. Eight hours separate us from California, but we are only five ahead of Florida. We are also eight hours behind of those in Sydney.

– How many riders are set to miss round twelve of the FIM Motocross World Championship with injury? The MX Vice injury list answers that question, as we have collected updates from everyone who is currently battling a health issue.