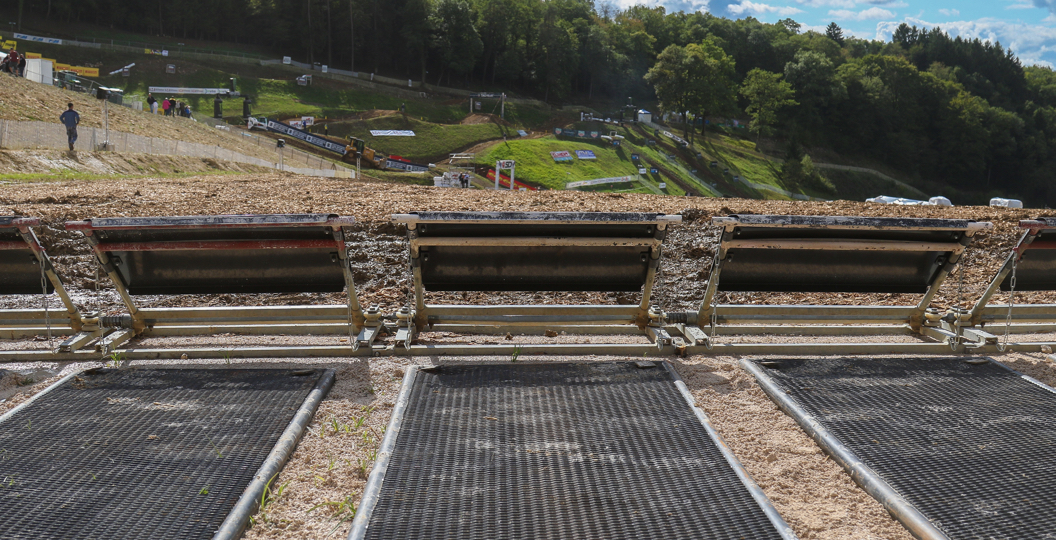 That is a wrap, folks! The 2017 FIM Motocross World Championship will come to a close at the MXGP of Pays de Montbeliard this weekend. Antonio Cairoli wrapped up the MXGP title last week, of course, but do not ditch your MXGP-TV subscription off just yet, as there are countless storylines to follow on the French hillside.

The chase for the MX2 title will obviously conclude and, unless a natural disaster occurs, Pauls Jonass will claim a world championship for the first time. Jonass is sat on an advantage of forty-one points currently, so has to claim just ten points in order to win outright. If Jeremy Seewer rides dirty, then uses everything in his arsenal to bring his rival down, the chances of Jonass claiming just eight points across the weekend are still extremely slim. Everyone on the Suzuki World MX2 team has admitted that they have accepted the fact that a loss may be on the cards.

The support classes are also going to be most exciting, as both the EMX250 and WMX titles will be handed out this weekend. The former is a bit of an anti-climax, however, now that Morgan Lesiardo cannot be caught by any of the riders present at this event. Simone Furlotti occupies the runner-up spot and is the only rider capable of overcoming the advantage that ‘44’ has created, but has withdrawn with a shoulder injury. Lesiardo will claim the number one plate following the first moto, even if he fails to score points, so that duel is almost obsolete.

Whilst the EMX250 tussle is now non-existent, there are many layers to the WMX fight. Livia Lancelot, the defending champion, will retire following this event, which is also her home Grand Prix! Lancelot is also right in the thick of this title fight, as she is just three down on Nancy Van De Ven in first and three points ahead of the woman in fourth. It is that close! It will be most interesting to watch that play out and, hey, the weather may even turn this thing into even more of a lottery.

It seems that our pre-race reports have revolved around the weather at each Grand Prix, but there is a reason for that. Rain clouds have followed MXGP across the globe this season, much to the dismay of some riders, so we have had slippery circuits more often than not. Although this feature is currently being written beneath glorious sunshine, rain is expected to move in overnight and stick around over the course of the weekend. The track is actually already wet, as there was a substantial amount of rain on Thursday. Villars sous Ecot is a circuit that would be particularly tricky in the rain.

Speaking of the circuit, highlights from the event that was held here two years ago are still relevant. No major changes have been made, which is hardly surprising, so that video offers a great look at what is in store for this weekend. Villars sous Ecot is a typical French circuit that features plenty of elevation, jumps and a very hard-pack base. MXGP is going old-school again, but some of the older riders will not actually make it to this venue.

Ken De Dycker, who has enjoyed a brilliant career, retired after the first moto at Assen. The MXGP of Pays de Montbeliard proved to be a step too far for the lanky Belgium and he’ll be watching on television this weekend, much like Clement Desalle. Desalle often thrives at Loket and, consequently, one would presume that this venue would suit him, but he sustained a significant shoulder injury at the last event that was held here and will not even be racing this weekend. A lower back injury was sustained at the previous fixture and ended his season prematurely.

Another feature on MX Vice is the place for updates like that, so now seems like an appropriate time to conclude the final pre-race report of the season and allow you to peruse some of the additional content on this very site. Thanks for reading!