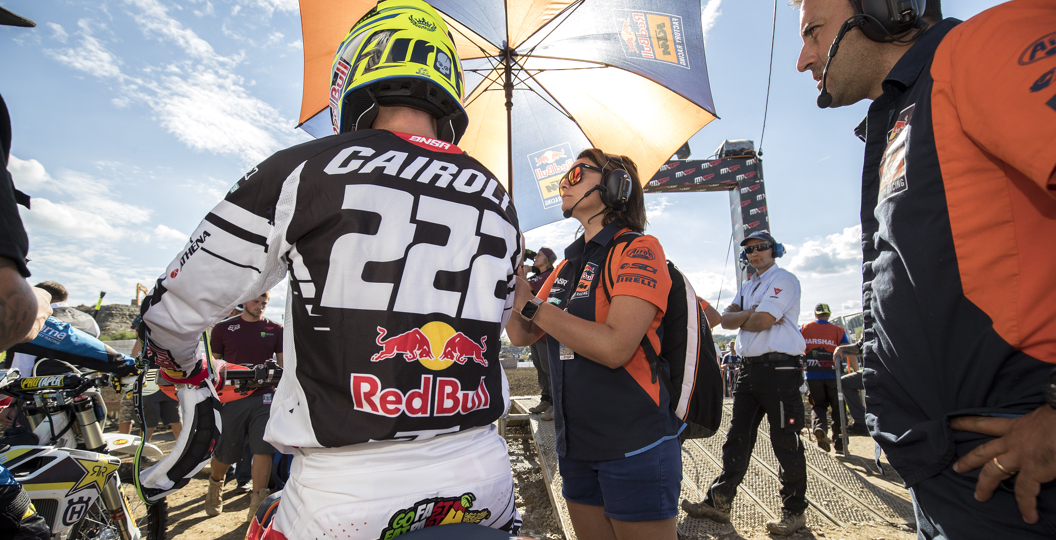 Fans were in uproar when Uddevalla was dropped from the FIM Motocross World Championship calendar in 2016. It was a break that was desperately needed, however, as it now seems that the Grand Prix contingent are refreshed and excited to tackle a circuit that they have not visited in twenty-four months.

Many riders have commented that they would like to see changes made, as the soil and quality of the circuit had slipped somewhat in 2015. “I hope they have done some work to the track,” commented Evgeny Bobryshev. “When we last raced there in 2015 the track was super hard and bumpy, which made it not as nice to ride.” Romain Febvre echoed those thoughts when he commented that he hopes “that they will change a few things compared to two-years ago” in a press release from Yamaha.

That may not be an issue this weekend, however, as poor weather should ensure that there are far more lines and the surface is loamier. It is not uncommon to have rain at Uddevalla, as both 2005 and 2012 spring to mind as instances when precipitation battered the region. It is actually remarkable that there have not been more mud races this season – there has been a consistent threat of rain each week. Teutschenthal, Ernee and Loket spring to mind as races that were supposed to turn out that way.

It seems most likely that the weather forecasts will turn out to be correct this time around though, as experts predict that there will simply be no break from the rain. The rocky Swedish surface could prove to be treacherous and consequently cost guys points in their respective title chases. Antonio Cairoli is obviously safe in MXGP, as he has been a picture of consistency since the series fired into life in the Qatari desert, but Pauls Jonass could potentially have his advantage cut down. Jeremy Seewer has been superior when wet weather strikes, both the Indonesian and Russian fixtures serve as proof of that. A mudder is perfect to spice things up at this point in the season.

The paddock is usually a hive of activity by round sixteen, as riders scramble around to acquire deals for next year. It is obviously not as crazy as past years, seeing as a majority of riders are already locked up, but certain guys are walking from one awning to the next with the aim of locking a contract up. Tommy Searle believes that he will have something with Kawasaki, whilst Kevin Strijbos is in talks with various satellite teams to complete what will be his final year at the highest level. The Benoit Paturel and Jordi Tixier rumours have slowed down significantly, which is especially worrying for the former as he has had shots at lucrative deals, so it remains to be seen what will happen to those two.

Brent Van Doninck and Alvin Ostlund will reportedly not return to Kemea Yamaha next year, as Jago Geerts has already locked up one of those slots. The second spot has not yet been confirmed there. However, if rumours are to be believed, the new signing will be extremely popular with a lot of you. There are evidently spots to be filled and various rumours to sink your teeth into. Monster Energy KRT, Monster Energy Yamaha Factory Racing, Suzuki World MXGP, Red Bull KTM and Rockstar Energy Husqvarna Factory Racing are already at their limit with premier-division riders though.

That tangent needs to end, as a silly-season update will be available in due course. Back to Uddevalla, an event that is sure to provide various intriguing titbits. One thing to watch out for, which will only apply if the conditions are not too sloppy, is that starts will be extremely important yet again. Antonio Cairoli has thirteen Fox holeshot awards this season, which is nine more than anyone else in his class. This circuit does not necessarily play to his strengths, the eight-time champion will admit that, but that fact alone makes him difficult to bet against.

Speaking of the start, the first turn has actually been altered slightly. It is not as much of a sweeper as it was two years ago and, consequently, does not drop away immediately. It is only minor and will not impact any part of the racing at all but, hey, it is worth noting. The chicane at the end of pit lane is not as fierce as before either, as it has been slowed down significantly. That actually appears to have been an aim for promoters. The tabletop is in place after turn three, just as it always been, but it is immediately followed by a wall jump, rather than a series of waves.