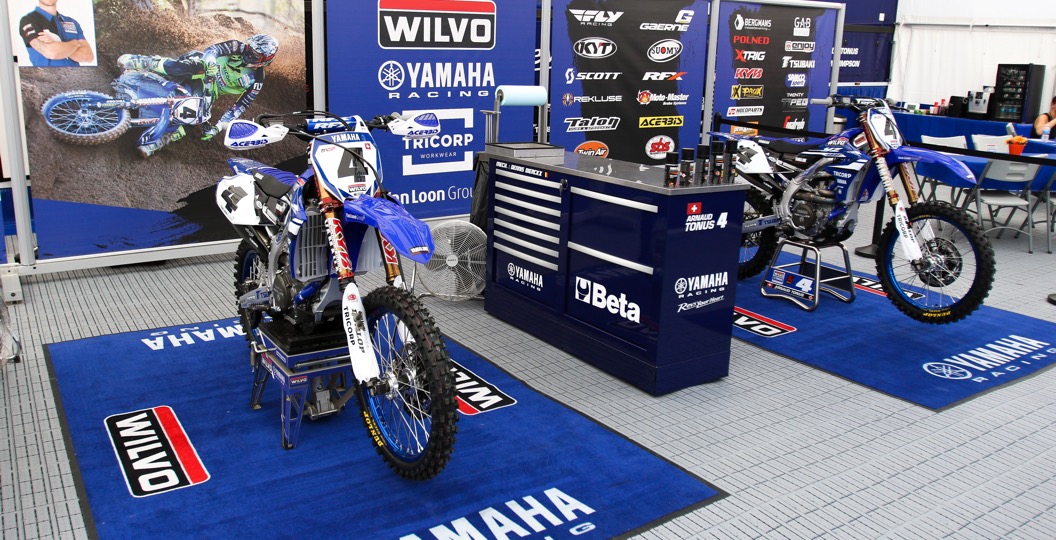 Loket is a historic circuit and boasts various traits that reflect that. Whilst circuits like Ernee have been upgraded significantly in order to evolve, this Czech venue has stayed true to its roots and still features the same elevated first turn that has prompted many high-profile riders to make mistakes.

There could be an abundance of errors similar to that this weekend, as the weather forecast leaves a lot to be desired. A clear sky dwarfs the circuit currently, much to the delight of those who have travelled over early, but that will soon make way for some dark clouds that spell trouble. Weather forecasts can rarely be trusted, right? That is something that most can agree on. We are less than twenty-four hours from the beginning of this event now, however, and those forecasts still call for thunderstorms all day tomorrow.

Admittedly the initial weather plans indicated that those storms would be present all weekend, but the latest report states that Sunday will be blessed with pleasant weather conditions. Seeing as that has improved, perhaps a late change will occur tomorrow morning? The hard-pack hills are actually equipped to handle a bit of rain, as an average amount of precipitation would simply trickle down. However, a substantial amount would have catastrophic affects.

There has been some movement within the paddock recently, so poor weather would ensure that a handful of guys experience difficult debuts. Karlis Sabulis and Roan Van De Moosdijk have stepped up to MX2 from the EMX250 division with support from the Astes4-Tesar Yamaha team. It seems that a lot of people, even those in positions of power, have forgotten that Sabulis contested three rounds as a fill-in rider for Kemea last year. The Latvian experienced some success, as he finished twelfth in three of the six motos that he contested!

Jeffrey Dewulf, an MXGP rider who has scored fourteen points across three outings this season, has secured a ride for the remaining rounds of the FIM Motocross World Championship. Steels Dr. Jack KTM is the team that he’ll ride for and, although this surface will not necessarily play to his strengths, he may be a sleeper pick at Lommel in two weeks.

In more team news, Jed Beaton has moved across from the Carglass Honda awning to the HRC rig. Beaton follows Lars Van Berkel and Anthony Rodriguez as replacements for the injured Chihiro Notsuka. Beaton, who has finished fourth on two occasions in the EMX250 division, will return to his regular team whenever that series resumes. Loket, Lommel and Assen are the races that he is scheduled to complete aboard a CRF250RW.

Another point of interest within the paddock is that Arnaud Tonus, of the Wilvo Yamaha MXGP team, will be the first rider to race the 2018 YZ450F at an international level. Various testing sessions have been carried out in recent weeks to ensure that the Swiss pilot will be competitive aboard the machine and certain mechanics have stated that it particularly performs well on a hard-pack circuit like this. This track is not too different to Pietramurata, so perhaps he’ll be able to record his second podium finish of the season?