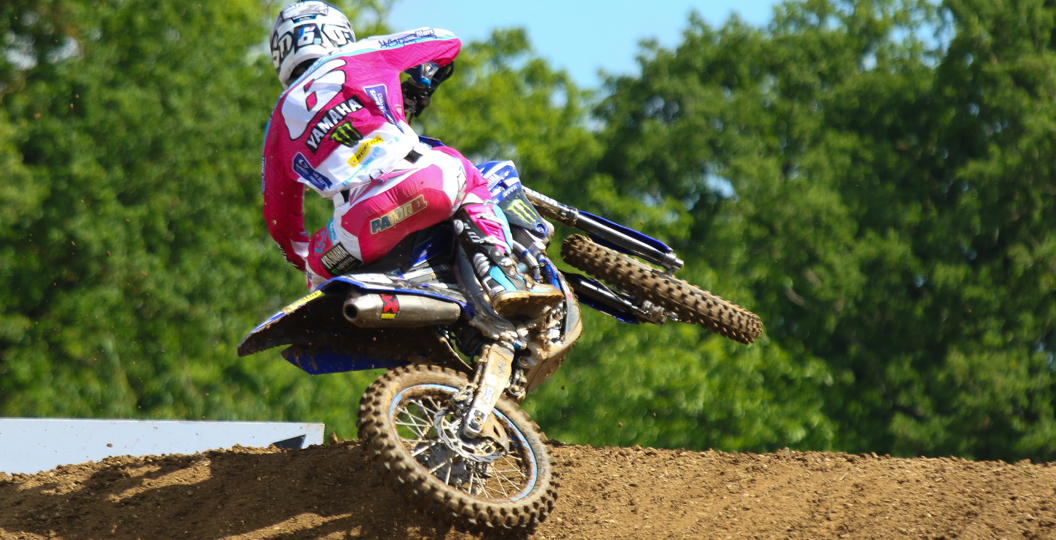 We are just halfway through the day at the Grand Prix of France, but one would be forgiven for thinking that we are at a much more important point in the weekend. The hillside that is sat opposite the circuit is already littered with fans from across Europe.

Those who have travelled to the small town of Ernee have witnessed the two sets of practice sessions already. We will focus on that in this report, as a handful of intriguing points emerged in both classes. It is hard to decipher just how good Benoit Paturel will ride this weekend, but there is a point that we must consider. Paturel drastically improved at his home Grand Prix last year – although most forget that fact and think that he was a contender for podiums all year – so why would he not improve in a similar fashion this weekend? Having the fastest time in free practice is certainly a noteworthy improvement.

The rest of the MX2 contenders performed just as you would expect. Hunter Lawrence and Michele Cervellin – two riders who will be expected to vie for Grand Prix wins next year – caught my eye. Ernee is not too different to Teutschenthal, so it would not be overly surprising to see him contend for a spot on the box again. Michele Cervellin is a formidable contender now that he has overcome that hand injury also.

Henry Jacobi could upset the established frontrunners again, if his practice times are anything to go by, and Stephen Rubini appears to be rapidly improving also. After a brief foray in EMX250, Rubini is back in MX2 and actually making good progress. It seems that the difficulties he faced at the first four flyaway races are very much in the past now.

Whilst the picture becomes slightly clearer in the MX2 division, MXGP seems more perplexing than ever. The times that Tim Gajser recorded are rather concerning; he completed ten laps in free practice and could only muster up the twenty-first fastest time. It is worth noting that time practice was a little more pleasant for him. If ‘243’ can maintain the pace that left him seventeenth in the second session, he may be able to salvage a respectable amount of points again.

There are now no questions regarding Jeffrey Herlings and his prowess aboard the bigger 450F. His starts are still very much his kryptonite, but the fact that he has excelled on such an old-school track says a lot about where he is at currently. The inside is not going to save him here though – the middle of the gate tends to attract most protagonists – so he has no choice but to get out of the gate with his rivals.

One cannot discuss practice without at least acknowledging the fact that Tanel Leok – a former Grand Prix winner – set the fastest time in the pre-qualifying session. ‘7’ is good on this track and was sixth overall in the ‘Open’ overall classification at the Motocross of Nations two years ago, but that is obviously not on the same level as the time he set in time practice. Will this translate to anything in the races? Leok is certainly still capable of finishing in the top ten.

There you have a collection of thoughts from the practice sessions at the Grand Prix of France. It seems that both MXGP and MX2 may be more unpredictable than ever, hence why it is worth updating your MXGP-TV subscription and watching the action.