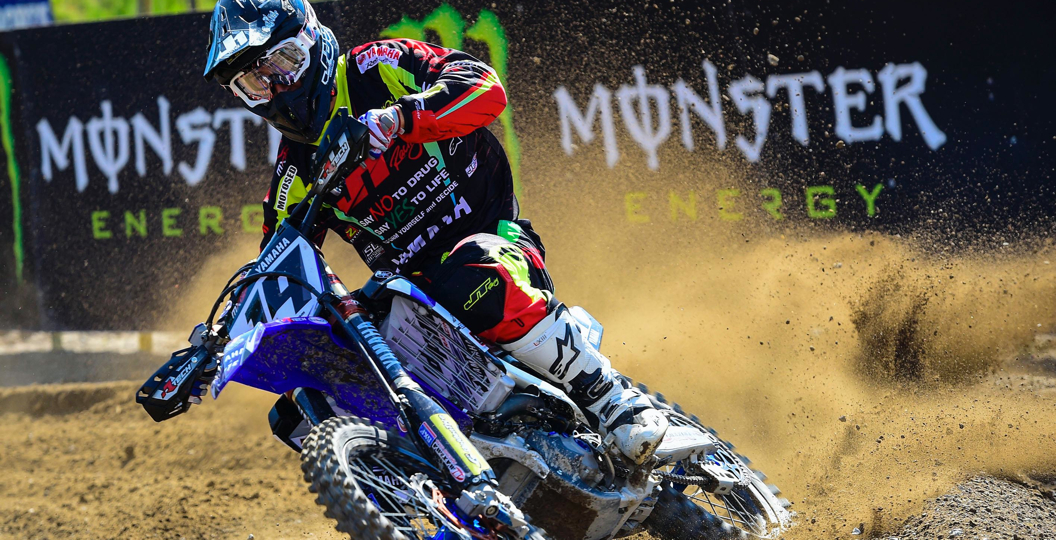 In the space of a week three of the top Motocross des Nations teams appear to have been torn apart by injuries.

First of all The Netherlands’ key member to a potential podium, Jeffrey Herlings, broke his leg and it seems quite unlikely that he will be racing in Latvia. Although the nation has able replacements, none of them can come close to the two-time MX2 world champion. EMX250 championship contender Brian Bogers could be an able replacement, but his inexperience may hinder him. Holland can still call on Marc De Reuver and the returning Glenn Coldenhoff to be the main leaders in the team, but again, Coldenhoff is not long back on the bike after being injured himself.

Belgium’s title defence looks to be in tatters already, unless Clement Desalle can find a way to make his scaphoid heal faster or be able to deal with the pain. Desalle led early in race one in the Czech Republic but eventually faded back to seventh with pain in his wrist. In between motos it was announced that Desalle would not race moto two after it was discovered he had in fact broken his scaphoid in a crash a few weeks earlier but the break had gone undetected.  If Desalle can’t race, Julien Lieber could easily fill the MX2 role with Van Horebeek and Strijbos on the 450s, but Belgium then would be looking for a podium not the win, and Lieber has just left factory Suzuki this week!

Italy’s MXdN chances also took a dive when David Philippaerts, who had been riding very well lately, fractured his ankle in Sunday warm-up and also faces a race against time to get back to one-hundred percent for Latvia. Italy could draft Lupino if Philippaerts is not up to the job, although Lupino himself still isn’t back racing after his knee injury earlier in the season.  If Lupino does get included he may end up in MX2, meaning Cairoli will have to race MX1 again. Although David is going to attempt to race this weekend with his ankle issue, it remains to be seen how it will go.

The Germans are also in a bit of a mess, as Ken Roczen is unsure whether he wants to race in Latvia for his country. Burn out, changing teams and visa issues are the current excuses but every motocross fan will be hoping the current 450MX championship leader can find the motivation to be there. After his impressive, if slightly surprising fourth place in the Czech Republic, Dennis Ulrich would be a decent replacement, but like Herlings and Holland, Germany’s chances will still be severely dented if Roczen doesn’t race.

Team GB have a strong potential podium team on paper if they go with Simpson, Searle and Wilson. But again there are problems, as Dean Wilson hasn’t got his top form back after his latest injury. Tommy Searle also hasn’t shown the form he is capable of recently and can’t find a good start from anywhere. Shaun Simpson right now is the likely first name on the team sheet but if the others can find there form on the day Britain could be dark horses.

All the carnage leaves team USA back in the favourite’s seat again – even if a couple of weeks ago it seemed they might not even be coming! But suddenly there seems to have been a change in heart and even Ryan Dungey has decided to put himself back in the frame, as USA try to get the trophy back. The biggest motocross country in the world has a clear advantage in this race at getting three strong riders together given the size of their country compared to everyone else, but surprisingly haven’t won since 2011.

But now, with only really France remaining as a threat on paper in terms of team challenges plus potential moto winners’ Roczen, Desalle and Herlings all possibly out of the event, the way has been cleared for USA to win again as a team and and even individually unless team France can all ride to their potential to give them a challenge. With undoubtedly three great riders on their team, it is hard to look past the stars and stripes as victors on the 28th of September in Latvia after the events of the last seven days.