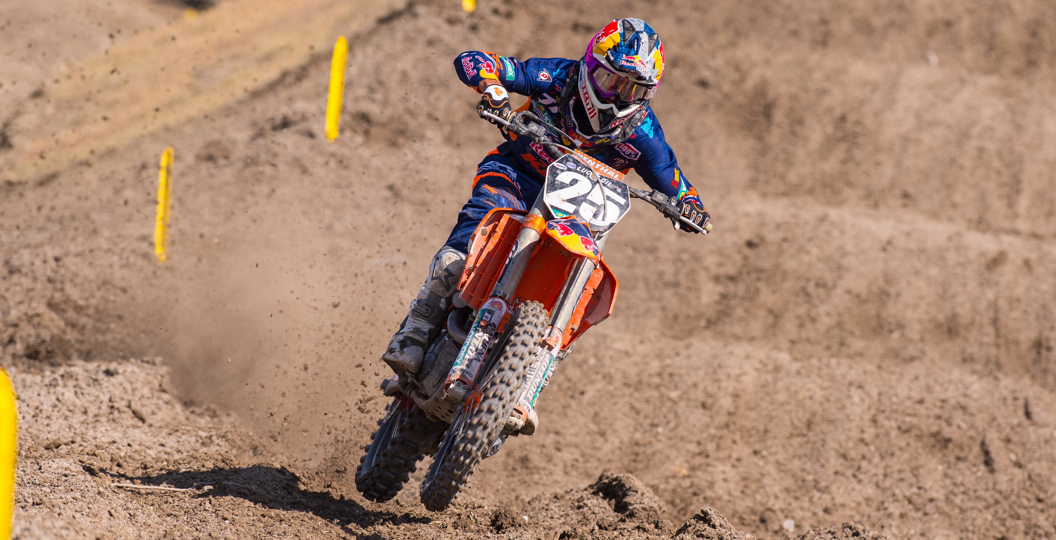 Although there is always some debate surrounding the riders that each nation choose for the Motocross des Nations, no team has encountered as much ridicule and criticism as the French squad. However, in some ways it may be unjustified – allow us to explain.

At the time when the French team made their decision, the choices they made were pretty logical. Gautier Paulin obviously picked himself, as he is the best 450F rider that France has, but Frossard and Ferrandis weren’t really that big of a shock either. Obviously the MXdN is a one day race, so raw speed is more important and at the time the team was chosen, Ferrandis was easily the fastest Frenchman. The teenager had ran with Herlings and had posted the best results of anyone including Musquin and Pourcel in the USA. On raw speed Ferrandis has it, he is also not intimidated and has that arrogance that he can beat anyone, anywhere.

Of course, Tixier had re-found his consistency at that time in the season but he still didn’t have Ferrandis’ speed, but the biggest question mark surrounded how he performs under pressure. Each time Jordi had been under pressure to perform he had failed, and in the MXdN that weakness is not something you want to risk.

Over in America neither Pourcel or Musquin were close to winning races at that time, nor were they consistent and let’s not use the argument that the 250MX nationals are faster than MX2 GPs – they’re very similar. Ferrandis and company are just as fast as the top five in the USA and they are chasing the fastest MX2 rider in the world every week too, with Herlings the rabbit for the chasing hares.

When it came to Steven Frossard, again speed was not in question. Frossard has speed and pushed Cairoli all the way at the British GP. Granted putting two motos together was proving to be a problem, but Pourcel and Musquin were pretty inconsistent as well at that point, so it would make no sense to not pick Frossard, who was used to riding a 450F than move other guys up who were also inconsistent but riding a 250.

At the time I felt it was the best team but since then the riders not picked have upped their performances and that is where the controversy arises. Once Herlings got injured, Tixier finally showed his true potential and is delivering under pressure! So, the initial reasons for not picking the potential world champion are now not as strong as they were, however Ferrandis has been every bit as quick as Tixier in the last few rounds too. So, speed wise there isn’t much difference, but it will be strange not to have the world champ (or runner up) in the team.

The real talking point perhaps is not should Musquin take the MX2 ride, because Ferrandis, Tixier and probably Febvre are all going to be as quick as him in that class, but should Marvin, given his form, be moved in to replace Frossard?

Since the team was chosen Musquin has really upped his game to another level (perhaps to prove a point) and has been more consistent than Frossard, so it would now definitely be a legitimate argument to say he should get the second big bike spot. If I was picking the team now, I think I might just give the spot to the Red Bull KTM rider instead of Frossard, just because it is more likely Musquin can produce two results and not end up making a big mistake. However speed wise I think Frossard is as fast or faster than Marvin on his day so again, it isn’t a massive difference.

Pourcel isn’t exactly flavour of the month with the French federation so was probably never likely to get chosen, but for me both Frossard and Musquin would be a better choice on a 450 as CP’s motivation is not necessarily his biggest asset at times, especially if things go wrong. I still believe the current team is very strong and, if they get good starts and can stay on two wheels,  France are the biggest threat to America for the win. Perhaps France’s biggest mistake was picking the team too early because the valid reasons they had at the time changed very quickly after the announcement was made, especially with the form of Musquin and Tixier.

But if it all clicks, America could have their hands full with the current French squad. Speed wise all three have the stuff to battle Dungey, Tomac and Martin right to the wire. They just need to stay on! However, maybe next time the French decision-makers should wait until the middle of August at least before announcing their team.