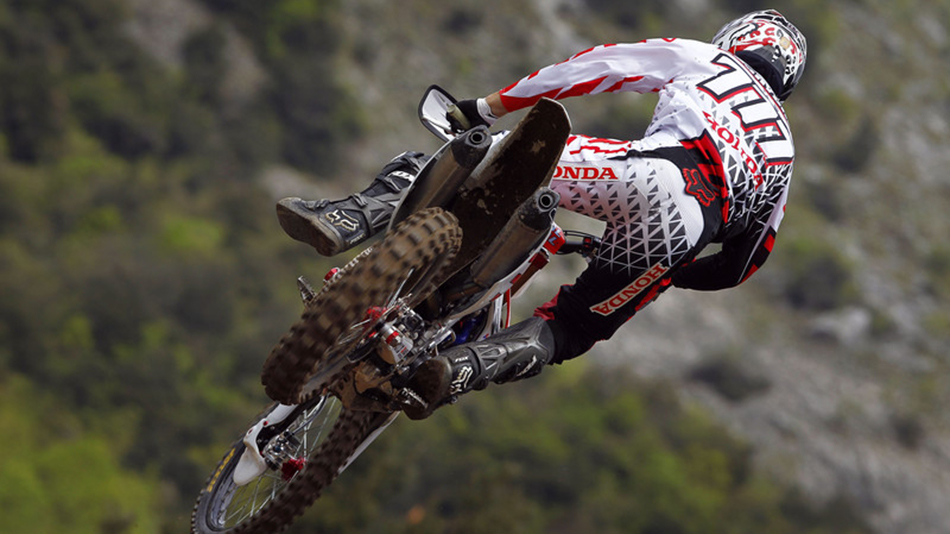 Unsurprisingly, a team manager is always going to pick speed and potential over consistency. In the past, we have seen countless examples of this, as the consensus amongst most teams is that you cannot teach speed. But, everything else is teachable, it seems. However, after a few years of inconsistent finishes, you have to think that a team begins to question whether a leopard [or a rider, in this case] can change it’s spots.

Evgeny Bobryshev and Steven Frossard are perfect examples of this. Each year, everyone hopes (and believes) that they are going to turn it around, stay healthy, and (finally) contend for a title. However, after just four rounds, both guys are already out of the title fight, as they have each had multiple DNF’s, and inconsistent rides. But, they have shown a lot of speed, too. Steven specifically has shown a lot of speed in the opening rounds, which is not surprising – he has been fast whenever he has been on two wheels since his move to MXGP (formerly MX1). Unfortunately, he spends very little time upright.

Following a couple of injury-plagued years aboard a factory Yamaha, most (including myself) hoped that a switch to the factory Kawasaki team (a brand that he claimed his first GP win on) would help him to refocus and basically start again. Initially, things looked good for him, as he was very impressive at round one. Although he narrowly missed the podium, the ride was a huge step in the right direction; we hadn’t seen that speed from him in two full years! With some positive momentum behind him, it was hoped that this would help him push forward.

However, his season was already off the rails in Thailand, as he scored a measly nine points after pulling out of moto two. Unfortunately, it was downhill from there, as just cracked the top ten in one race in Brazil, and then he obviously crashed out of the GP of Trentino this past weekend. The speed did not disappear; after all, he won the qualifier at Arco di Trento. However, for whatever reason, this speed rarely translates into results in the points paying motos, which makes you think that one day, teams may give up on his potential. I believe that Frossard could be a serious title contender, if he could stay healthy, and consistent, which seems to be near impossible for him.

Evgeny Bobryshev is starting to slide down this slope, except he is not as fast as Frossard (in my opinion, of course). But, he too is in a very similar boat. Evgeny could be a podium contender each week, but he always seems to be fighting some kind of niggling injury. For example, he came into this year with an ankle injury, which he had to have surgery on in the break between rounds two and three. Now, following another crash at the GP of Trentino, he has to take the week off in order to ensure that he is healthy enough to line up at Sevlievo this weekend. So, again, it seem unlikely that we will see Bobryshev at his best, which is unfortunate.

But, it is hardly surprising now, as this has been the case most weekends in recent years. Despite this, HRC are loyal to him, as they see that potential there. However, since he joined the team, he has had just one overall victory, which isn’t good enough, especially now that the squad has full support from HRC. Fortunately, his teammate, Max Nagl has had a few good showings this year, but even he is prone to inconsistency and injuries.

Although it may a little while before Bobryshev and Frossard return to the podium, you can be sure that they will either return to their current team, or find a home with another high calibre squad in the coming years, as the speed won’t disappear, despite the fact that they are marred by inconsistency.