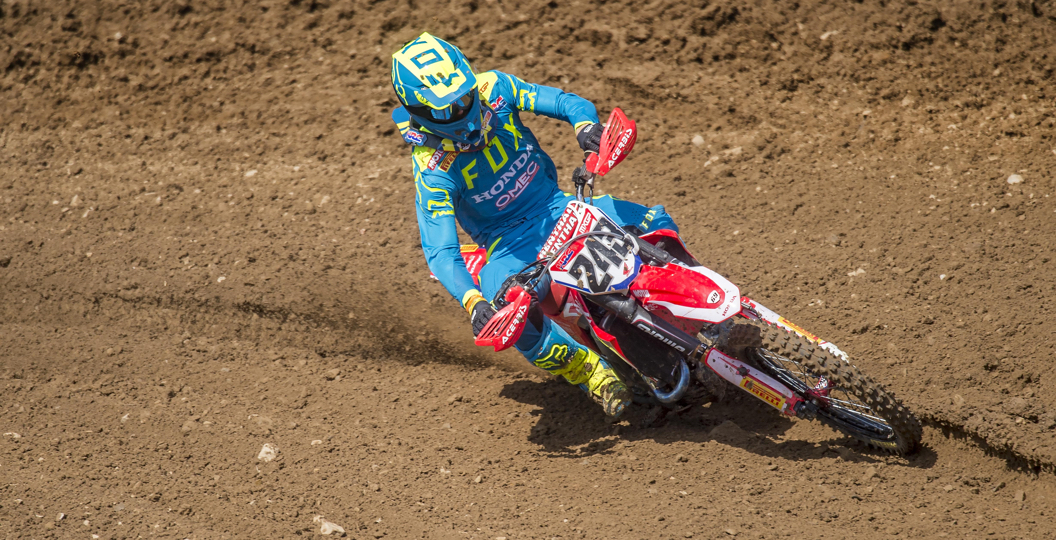 The Grand Prix of France is poignant each year. For whatever reason, defining moments in each FIM Motocross World Championship tend to occur at one of the many facilities that the nation has to offer. It was just two years ago, for instance, that Clement Desalle crashed out of title contention aboard a Rockstar Energy Suzuki.

Desalle did not even complete a single lap in either race, much like Tim Gajser this year. Gajser has escaped a series of memorable crashes aboard the 450F but finally got bit by one this past weekend. It was not even a crash on French soil that threw him off course, but it was at that event that he was finally forced to throw in the towel and adhere to the advice from professionals.

Once again it serves as proof that things can change so quickly in a sport such as this. It was just five rounds ago that Gajser appeared to be unstoppable, after romping to back-to-back wins in Argentina and Mexico. Those events are considered anomalies – they are unique in nature and often offer skewed views of what a series will turn out like – so the fact that Gajser won just a single moto after returning to the traditional circuits will be a noteworthy fact for some.

An off weekend at the Grand Prix of Trentino was followed by a difficult outing in The Netherlands, then the crashes began to occur. It is hard to look past the pain in a month as turbulent as this – where Gajser has handed one hundred points to his rival – but there is a positive point to fall back on. No bones are broken nor is ligament damage causing concern. A stretched muscle in his shoulder is the issue, but could be less of a problem when the FIM Motocross World Championship arrives in Russia for round ten of nineteen.

Is there any value in rushing back to racing at the highest level? One may question that, as an eighty-six-point deficit is what he would have to overcome to be crowned the champion. If Antonio Cairoli still considers Jeffrey Herlings a legitimate threat, however, then Gajser must be looked at in the same light. A mistake from Cairoli – a trait that has become more common in the last two years – would significantly aid these riders in their charge towards the title.

The fact that riders such as Clement Desalle and Romain Febvre are now beginning to show their true colours is positive too. They could cause the eight-time champion to lose clumps of points at a time, rather than just three or four. That is imperative to the riders currently vying for this championship, as the challenge of gaining points will only grow in difficulty as more riders drop out with injury or suffer dips in form.

Whilst it may be easy to state that the winner of this championship is almost a foregone conclusion, history tells us otherwise. This is a chance to see how talented riders such as Gajser and Herlings respond when up against the ropes and faced with adversity.