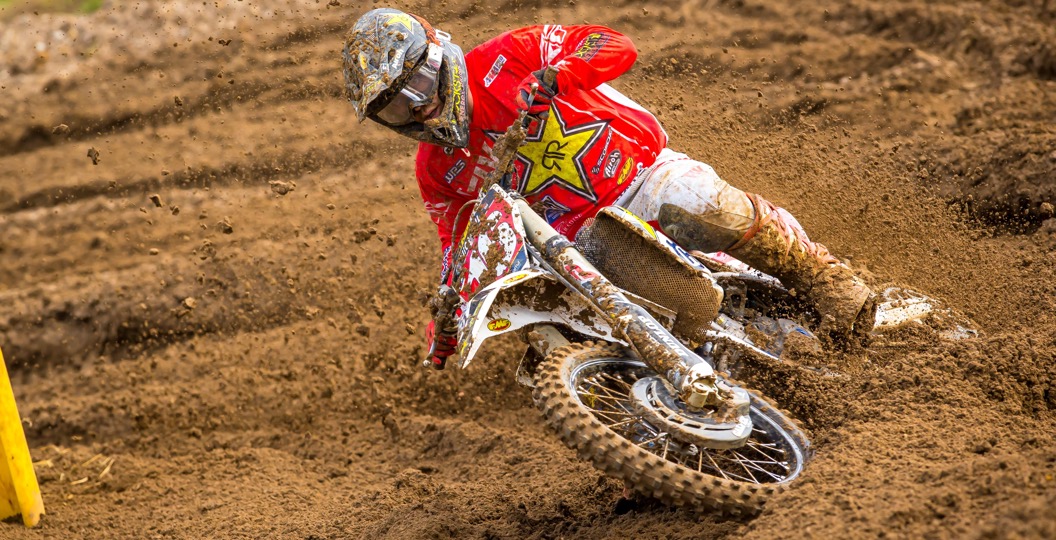 Zach Osborne had quite the day at Budds Creek. Not only did he finally lock up the 250MX title, a championship that he has been chasing for some time now, he also confirmed his plans for next year. It was already known that he was going to stay with the Rockstar Energy Husqvarna Factory Racing outfit, but the fact that he won’t be defending his outdoor championship came as a surprise.

“Just the supercross,” he stated when questioned about whether he would defend his titles next year. “I’m going to defend the supercross and then I want to ride the 450F outdoors. It is something that I ride every week at home and I’m making good progress with. It’s an opportunity that I’m looking forward to. I’m twenty-seven, about to be twenty-eight, and it is time to move up. I have finally got my opportunity to do so. A lot of people think that those jobs and rides are easy to come by, even when you are a champion, and they are not. It is my turn and my time. I’ll be moving up for outdoors next season.“

Jason Anderson and Dean Wilson will also return to Rockstar Energy Husqvarna Factory Racing team next year. Martin Davalos, however, is expected to move on, as he has been informed that there will be no room for him.