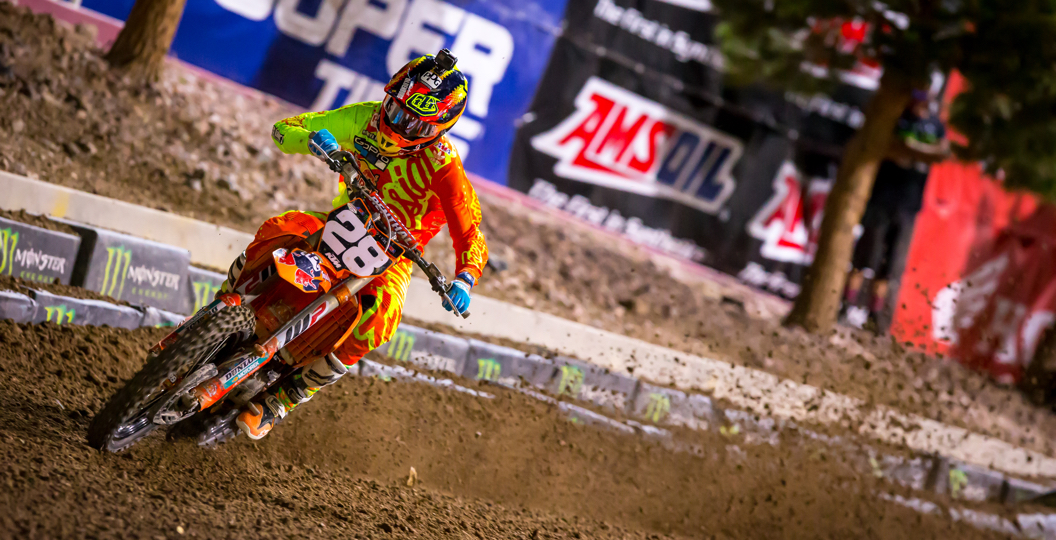 Mitchell Oldenburg has spent a lot of times on the sidelines this season, thanks to multiple broken collarbones. However, despite that, he has been a hot commodity within the paddock. Oldenburg was with the Troy Lee Designs Red Bull KTM team this season, then heavily linked to the Rockstar Energy Husqvarna Factory Racing outfit for next year. However, Oldenburg has now signed a two-year deal with Star Racing Yamaha.

“Beyond thankful for the opportunity I have been given,” Oldenburg wrote on social media. “Excited for the next two years with Star Racing Yamaha.” The new recruit will join Aaron Plessinger, Dylan Ferrandis, Justin Cooper and Colt Nichols on the team next year.

Oldenburg competed in just four of the 250SX West events this season, because of a broken collarbone, but strung together some impressive results. Four top-five finishes were acquired, including trips to the podium in Seattle and Salt Lake City. Oldenburg started the Lucas Oil Pro Motocross series with a sixth in the first moto at Hangtown, but then dropped out of the series after an injury that was sustained at round two.