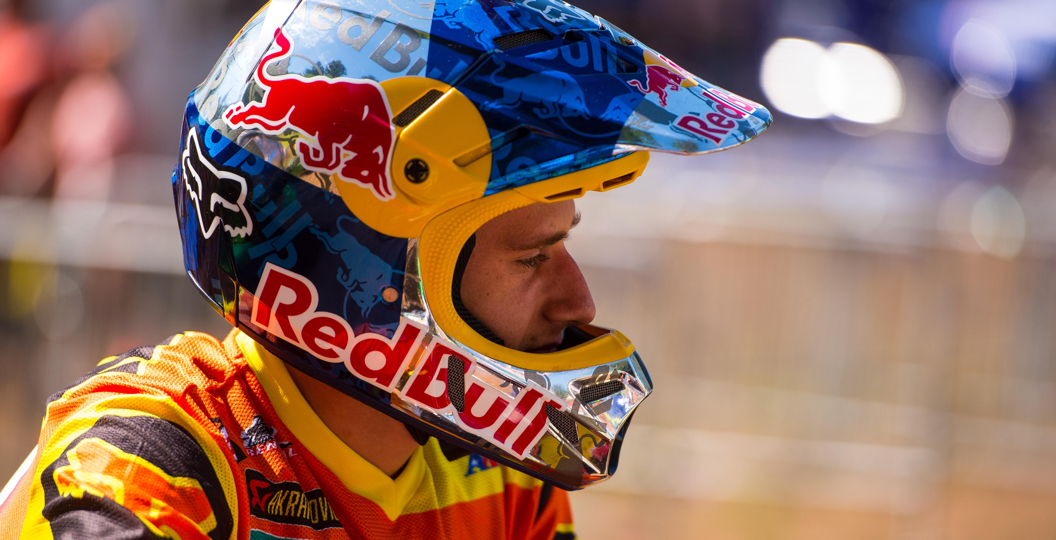 Oakley, Inc. today announced a new addition to the company’s Global Motocross Team: four?time world champion Ken Roczen. Roczen rode in the brand’s revolutionary Airbrake MX goggles to win the 2014 Outdoor Championship because he believed in the superiority of the goggle’s impact protection and expanded field of vision. As he embarks on his mission to defend his Outdoor title and add a Supercross title to his already robust trophy case in 2015, he will do so with the competitive edge that Oakley’s best?in-­class goggle technology delivers.

“Oakley has a storied history in Motocross and as a brand we pride ourselves on driving progression in the industry with innovative, game-­??changing products,” said Cuan Petersen, Oakley Sports Marketing Director. “We look for athletes who share that same drive to be at the forefront of their sport and Ken has proven his commitment and pedigree as a leader in Motocross. His raw talent and ability to shine despite often challenging conditions continues to impress. We look forward to supporting his continued success in 2015 and beyond. It is a pleasure to welcome him into the Oakley family.”

“It’s awesome to be with Oakley,” Roczen said. “I love the company, I love the products and I love the attitude the brand represents. I rode in Airbrake MX all through Outdoors and it’s better than any goggle I’ve ever worn. The peripheral vision, the fit, the ability to absorb sweat; it’s just the overall package. I’m excited to see where this partnership will take us over the coming years.”

Oakley has long been recognized for the superior optical quality of its eyewear. Ken will benefit from wearing Oakley goggles with High Definition Optics® (HDO®) offering stunning clarity while maximizing peripheral and downward view when he rides. Off the bike, the Men’s Lifestyle Collection combines technological advancements including HD Polarized® lenses for optimum clarity, which will keep Ken’s eyes protected and keep him looking stylish wherever he goes.

Born in Mattstedt, Germany, Ken started racing early. By 13 he’d won a junior world championship. Since reaching the professional ranks, Roczen has had continued success every step of the way. He won back-­??to-­??back Masters Championships in Germany, before becoming world champion in MX2 in 2011. In 2013, he made the move to 250 class racing and won the US West Coast Supercross Championship. In 2014, his rookie season racing in the 450 class, Roczen burst out of the gates, winning four of the first six overalls, and making all but two podiums over the course of the season. Roczen became the first German native to win a Lucas Oil Pro Motocross Championship title and is the 23rd different 450 class champion in the series’? 43-­??year history. Additionally, he joins an elite group of riders who hold the distinction of winning the title in their rookie season, including Jean-­??Michel Bayle and fellow Oakley riders Ryan Dungey and the legendary Ricky Carmichael.