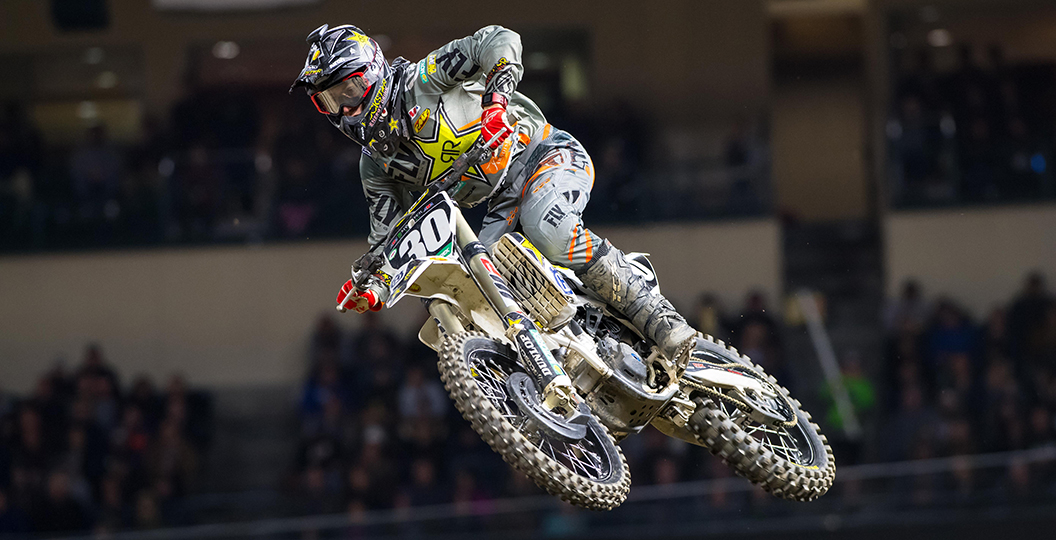 The Rockstar Energy Husqvarna Factory Racing squad completed various promotional duties ahead of the new season earlier this month and Mitchell Harrison was obviously missing, as he was not re-signed following the previous term. It was all rather quiet in the Harrison camp, until now that is, as it has now been confirmed that he will make up fifty percent of the Rockwell Racing Yamaha squad next year.

“I am excited to contend the 2019 250SX West series with Rockwell Racing Yamaha,” Harrison stated in a very short statement from the team. “Rockwell Racing has assembled a solid, competitive program and I expect to achieve strong results with their support.” Harrison has no known plans for the Lucas Oil Pro Motocross series and the same goes for his new teammate, Jon Ames, who is hoping to rebound following an injury-riddled term. “I’m really looking forward to the upcoming supercross season with a new team and a new bike,” he said. “I have great people around me and a great bike underneath me, so I couldn’t be happier right now.”

Mitchell Harrison ended eighth in the 250SX West region earlier this year and had a season-best finish of fifth in the Seattle slop. Harrison finished in the top seven at five of the ten rounds.