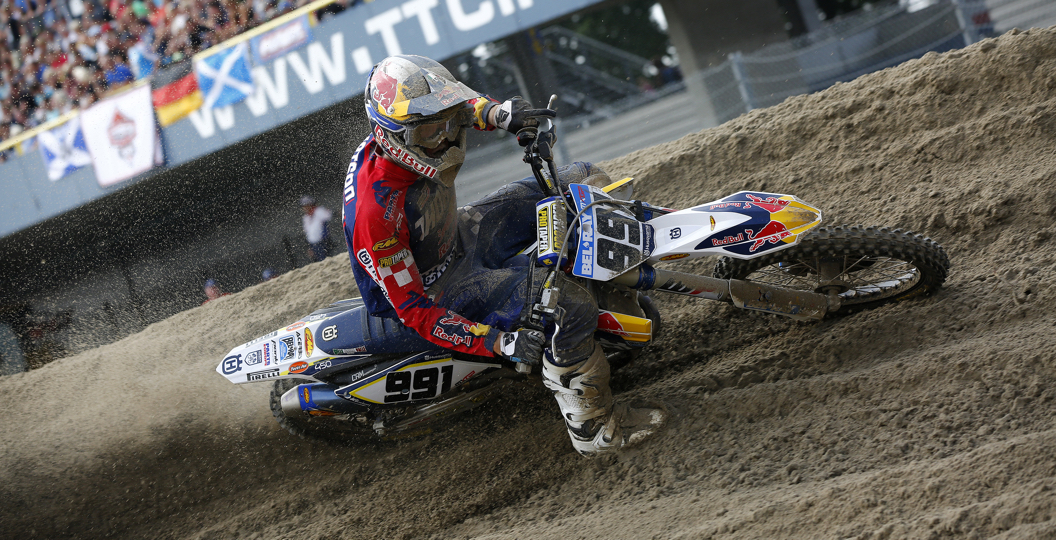 KTM again goes into the 2016 season with an impressive line-up of factory riders for the SuperEnduro and Extreme Enduro disciplines and also for the traditional Enduro World Championship (EWC).

Alex Doringer (KTM Division Manager Enduro and Rally): “We go into the 2016 season with a strong lineup of riders in all Enduro disciplines. The competition between Taddy Blazusiak and Jonny Walker in SuperEnduro is something we are all looking forward to. Taddy also has to watch out for Taylor Robert and Jonny especially for Alfredo Gomez. Both have already shown us that they ride with the best and they add another layer of talent to our team.”

Blazusiak, a multi World Champion with an outstanding record in both the Extreme Enduro and indoors, is looking to retain his title in the SuperEnduro in 2016 and will also race the EnduroCross season in the US next year again. He missed some events this summer after being diagnosed with the debilitating Epstein Barr virus but made a successful return to indoor competition in November.

Walker’s win in January at the French Extreme Enduro at Ales Trem was the prelude to a fantastic season that saw him take victories at Hell’s Gate, The Tough One, Erzbergrodeo’s Red Bull Hare Scramble (joint winner), Red Bull Romaniacs, The Wall in Italy and Poland’s Red Bull 111 Megawatt. Jonny went on to take a narrow second in the three-day Red Bull Sea to Sky in Turkey in October.

He also registered his intent in the indoor discipline when he won the pre-season Fast Eddy Enduro Extreme Indoor event in Stafford UK, one that saw the return to racing of Blazusiak, who took third on the night. The rivalry between Walker and Blazusiak is expected to result in some thrilling races when the FIM SuperEnduro World Championship kicks off in Lodz, Poland on December 5, 2015.

As the SuperEnduro and Extreme disciplines emerge as increasingly popular, the faceoff between Blazusiak and Walker promises to deliver exciting racing. Gomez, however will test them both. He was a top five competitor in SuperEnduro in the past three seasons and was joint winner in the 2015 Erzbergrodeo’s Red Bull Hare Scramble and has won the Extreme XL Lagares for the last two years.

Enduro World Championship
Leading the KTM Enduro Factory Racing charge will be Christophe Nambotin. The French rider, E3 World Champion in 2012 and 2013, and E1 World Champion in 2014 was hampered with injury in 2015 but still finished second in E1. He had successful surgery for a lingering knee injury immediately after the season to have ample time for full preparation for 2016.

Team veteran Ivan Cervantes, a multi World Champion stays with the factory team, adding skill, experience and stability. Cervantes also had injury setbacks in 2015 and missed the last four rounds (eight race days). He has completely recovered from his mid-year surgery and also rode in the recent Morocco Rally as a KTM-supported rider.

New to the men’s team in 2016 is also Nathan Watson, son of Rob Meek, a distinguished, much winning British motorcyclist. Watson comes to the team after riding motocross at GP level and thanks to his family background, also with a strong racing DNA. He is expected to make a quick and successful transition to Enduro. Watson said he was excited to be joining the factory team.

Watson: “My Enduro racing experience is fairly limited; I’ve only done a Sprint Enduro in the UK a few years back. But my father raced Enduro and I always used to do some trail riding. Even in Motocross I was always a great qualifier and could get my best lap times straight away. I think Enduro is going to suit me the most and I hope I can successfully continue my career in the EWC. I can’t wait for the season to begin.”

Beirer: “In the traditional Enduro we’re very confident that we will have leading KTM Enduro factory riders in 2016 because we have a solid mix of proven World Champions and new talent. We will be concentrating on the E1 and E2 classes, because we believe these are the real future of the sport.”

Doringer: “With Christophe Nambotin and Ivan Cervantes we have two proven World Champions with a wealth of experience. The addition of Nathan Watson, who comes to us from Motocross, gives us the opportunity to groom a promising young talent for the future. Laia Sanz showed she is the dominant rider in the woman class and we predict another strong season of her.”

KTM factory rider Laia Sanz, was the runaway winner of the EW category in 2015 and was ninth overall in the Dakar Rally. She won seven of the eight races in the EWC but did not compete in the final round due to rally commitments in Morocco.

In Enduro, and in other racing disciplines, KTM is also pleased to be continuing its global partnership with Red Bull in the 2016 season.