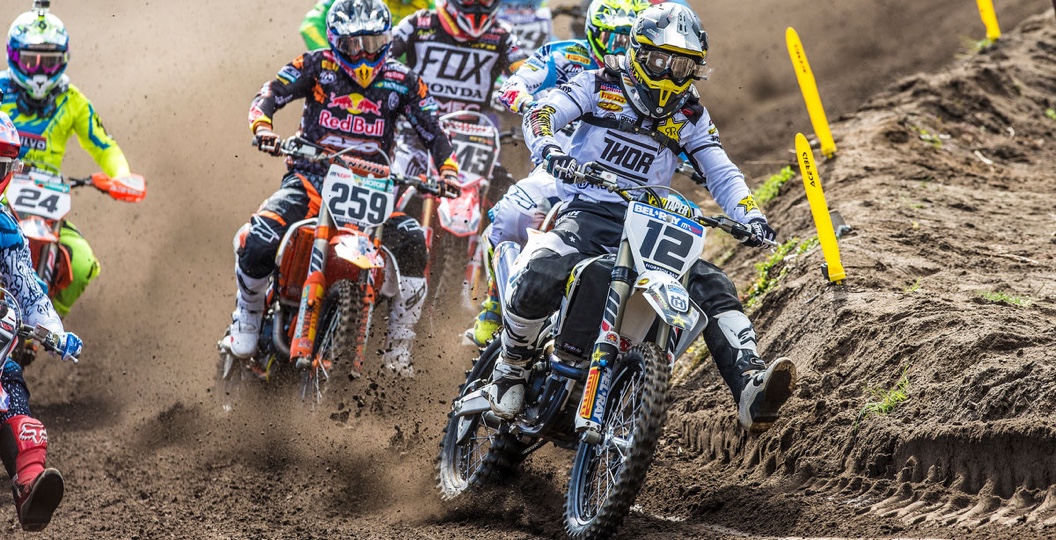 Earning his first race win of the 2016 season Rockstar Energy Husqvarna Factory Racing’s Max Nagl rounded out his participation in the fourth round of the Motocross World Championship with third overall at the GP of Patagonia, Argentina.

Continuing to build on his race pace, Nagl kicked off another positive round of MXGP competition with a committed performance in the first race. Getting a great jump out of the starting gate he found himself trailing early leader Antonio Cairoli for the first few corners of the race.

Capitalising on his speed around the Argentinian track Nagl passed Cairoli for the lead before the end of the first lap, going on to establish a comfortable gap and soon after his first MXGP race victory of the season.

Getting a good start in moto two Nagl made a small mistake in the first corner to place sixth. The German fought back to fifth at the end of the moto after a great battle with Romain Febvre and Jeremy Van Horebeek.

Nagl’s Rockstar Energy Husqvarna Factory Racing teammate Christophe Charlier continued to show signs of progress at the GP of Argentina. Steadily getting back to full fitness after his pre-season injury the Frenchman rode two strong motos to finish 12th and 10th respectively.

In the MX2 class the trip to Argentina brought mixed emotions for Rockstar Energy Husqvarna Factory Racing’s Max Anstie. Riding his FC 250 to the holeshot in the opening MX2 moto the Brit put in a convincing performance to finish second behind Jeffrey Herlings. Making his way through to second position after a great start in moto two, Anstie was forced to retire due to a mechanical issue.

The Rockstar Energy Husqvarna Factory Racing team will return to action at round five of the FIM Motocross World Championship in Mexico on April 17/18.

Max Nagl: “Overall, it was a very good weekend for me. I had a really good first heat. I got a great start and managed to pass Tony pretty soon after the first few corners. I was feeling good so I tried to remain focused on my own race and it paid off. I built a gap of about seven seconds, which allowed me to race to the win. Everything was fine and my riding was really good. Then in the second heat I got a better start but was a bit late on the brakes for the first corner. I went a bit wide ending up sixth after the first corners. I made a few passes but was struggling a little with my lines and this allowed Febvre and Van Horebeek to pass me again. A podium is always good but I’m a bit disappointed, as I could have won the GP. I feel good heading to Mexico. It’s another one of my favourite tracks there so another podium would be great.”

Christophe Charlier: “We made another step in the right direction today. Physically I was feeling a bit closer to where I want to be and the pain from my injuries was almost non existent. For me this GP was even tougher than the previous one in The Netherlands. The most important thing is that I now start enjoying myself again on the bike and I know this will slowly pay off in terms of results. My goal is to keep building on my physical conditioning so that I can be able to keep pushing until the end of each moto. But everything keeps getting better as the season goes on. I’m feeling super positive going to Mexico now. The track there is hard-packed and that suits my riding style a lot more.”