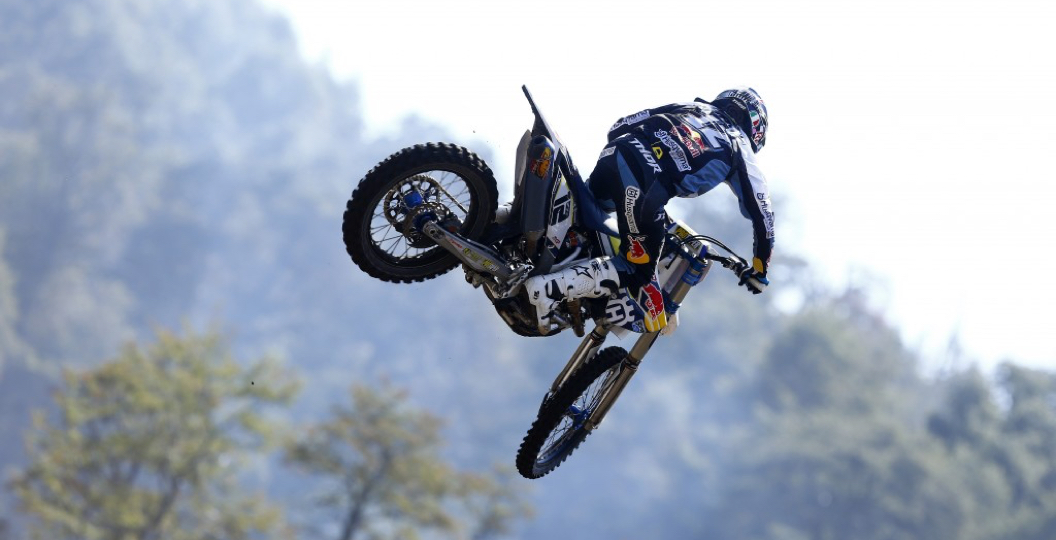 Returning to the top step of the podium, Husqvarna Motorcycles’ Max Nagl claimed the overall win at the MXGP of Patagonia, Argentina.

In the opening race, Nagl came off the line strongly but in getting pushed wide in the first set of corners the Husqvarna rider dropped down to around 10th overall. Fighting his way forward, the German clawed his way back inside the top five after the first six laps before going on to pass rival Ryan Villopoto to take third.

Despite stalling his engine when the five-second board was raised for race two, Nagl amazingly still claimed the holeshot. Better holding his ground as the pack jostled for position, he ended lap one in third. Feeling extremely comfortable in the rough and unpredictable conditions he then fought his way into the lead on lap seven where he opened up enough of an advantage to take his third race victory of the season and with it the overall win.

For Todd Waters, the MXGP of Patagonia Argentina delivered a solid set of results. Riding strong throughout the weekend, the Australian produced his best ride in race two. Placing himself inside the top ten on lap one, Waters ran as high as seventh before finally crossing the finish line in ninth to take ninth overall.

Competing in the MX2 category, the MXGP of Patagonia Argentina didn’t yield the results that Wilvo Nestaan Husqvarna Factory Racing’s Aleksandr Tonkov had hoped for. Getting boxed in the start in race one, Tonkov eventually placed a frustrating 10th.

Determined to improve, the Husqvarna rider took the holeshot in race two. Holding third until lap six, the Russian unfortunately hit the ground hard when the rear end of his machine kicked heavily off the crest of a hill while battling with eventual GP winner Dylan Ferrandis. Remounting, Tonkov ended his race sixth to finish the weekend sixth overall.

For Wilvo Nestaan Husqvarna Factory Racing’s Dean Ferris a crash at the start of race one saw him battle back from 36th to 21st. Improving in race two, the Australian brought his FE 350 home in 17th.

Max Nagl – Red Bull IceOne Husqvarna Factory Racing: “This is a fantastic result. I’m so happy for everyone involved that made this victory happen – it was a real team effort. We had some problems during Saturday but we managed to overcome them and with each lap on race day I felt more and more comfortable. Unfortunately in race one I got pushed wide in the first corner and then had to narrowly avoid crashing with another rider over a jump. That dropped me to about 11th, so it was very pleasing to get back to third. Despite actually stalling my engine when the five-second board was raised I managed to holeshot the race. On lap seven I got the lead and felt comfortable out front to take the win. At the time I didn’t even know it was for the overall so it’s great to have also got that too. With two wins from three rounds in these flyaway races I’m really excited to return to Europe for the next round in Italy.”

Todd Waters – Red Bull IceOne Husqvarna Factory Racing: “I’m happy to come away with ninth overall. We made some changes for race two and I got a better start. That allowed me to run with the faster guys in a battle for about seventh and eighth. But I lacked some intensity towards the end of the race and dropped off the back of the group for ninth. I know that’s something I’ve got to work on with the team to improve. Hopefully in Italy it will be better.”

Aleksandr Tonkov – Wilvo Nestaan Husqvarna Factory Racing: “This weekend felt like a little bit of a struggle. Little things happened that held me back from where I wanted to be. In race one I got a stone lodged in my front brake and I had no brake for a few laps. Then in race two I got the holeshot and was riding well but just lost the rear end on a bump and crashed hard while in third. Honestly, I was lucky not to get hurt. With a few changes I can get back up the sharp end of the results.”

Dean Ferris – Wilvo Nestaan Husqvarna Factory Racing: “So far it’s been three tough rounds of the championship. They haven’t really gone how I wanted. Today I struggled with a bad gate pick and had to fight my way forward all the time. In race one I hit a fallen rider and came from last to 21st then in race two I was 17th.”

Nathan Watson – Red Bull IceOne Husqvarna Factory Racing: “Overall I’m happy with this weekend. My speed was good, especially in practice and my starts were good. But I get swallowed up in the first few corners and lose too many positions. I was pleased to get back to 14th in race two, but know if I can better that opening lap then I will make life easier for myself.”