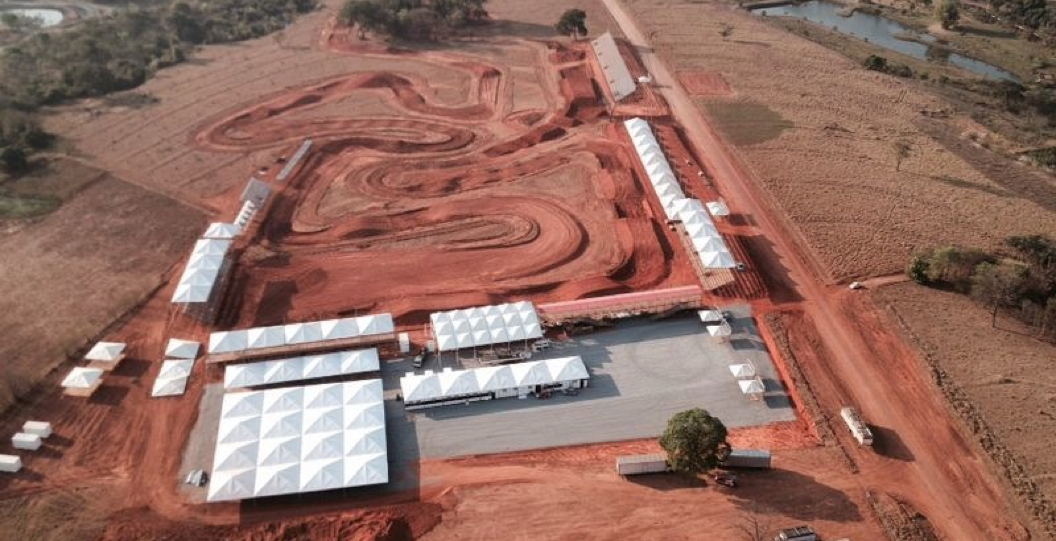 TRINDADE (State of Goias), 03 September 2014 – Ready to round out the season in style, a new circuit and new location is about to be unveiled and torn to pieces as the sixteenth round of the FIM Motocross World Championship gets set to go bar-to-bar on the orange glazed dirt in the State of Goias, Brazil. While the track location is new, this weekend will in fact be MXGP’s second appearance in Brazil this year, with the first being round three of the season which took place in late March at Beto Carrero. On that occasion the winners were Red Bull KTM Factory Racing’s Antonio Cairoli, who took a double victory in front of the passionate and wild Brazilian fans, while in MX2, CLS Kawasaki Monster Energy’s Arnaud Tonus made the most of Red Bull KTM Factory Racing’s Jeffrey Herlings’ absence to claim his first ever MX2 race win and overall victory.

Heading into this weekend, the penultimate round of the series, all eyes will be on Red Bull KTM Factory Racing’s Antonio Cairoli who has the 2014 MXGP World Title dead in his sights. As it stands now Cairoli leads Yamaha Factory Racing’s Jeremy Van Horebeek by 81 points and with only 100 points left on the table, it is very likely the Italian motocross extraordinaire will be crowned 2014 FIM Motocross World Champion marking his eighth FIM motocross world title in his ten years as a pro rider.

To give a better idea of how the championship stands, in race one, if Van Horebeek win, claiming 25 points, and Cairoli finishes third claiming 20 points, Cairoli will still have a 76 point lead over JVH with only 75 points left up for grabs. Therefore, Cairoli will be crowned 2014’s MXGP world champion, which will also be the second time he has clenched the gold plate on Brazilian turf with the first being in 2010 at Campo Grande.

Meanwhile, Mr. Consistency, also known as Jeremy Van Horebeek, had a rough time at his home Grand Prix in Belgium after he head butted the handle bars so hard he took a gauge out of his face. Despite blood filling his goggles in both moto’s, the young Yamaha Factory Racing rider soldiered on to finish ninth. This weekend in Brazil, the Belgian who has easily been the most consistent rider this year, will be looking to add another podium to his stifling tally of twelve!

The fastest privateer on the gate Hitachi Construction Machinery UK KTM’s Shaun Simpson has been steadily climbing the ranks this year which has started to generate a bit of a buzz. Weather that buzz stems from the Scot’s first podium finish at the last round of MXGP in Lommel or the fact he is one of the three solid riders that make up Team Great Britain for the Monster Energy FIM Motocross of Nations is un-known. Either way, the charismatic twenty-five year old has been on the cable lately and will be looking to remain at the pointy end of the pack.

As for the predicted front-runners, Monster Energy Kawasaki Racing Team’s Gautier Paulin has made an impressive return to MXGP, slotting right back into the top five despite his seven round absence. Although a top five ain’t too shabby, you can bet your boots Paulin will be wanting to round out the season on the podium, as will seasoned MXGP riders Rockstar Energy Suzuki World’s Kevin Strijbosand Team HRC’s Max Nagl.

While there has been no word on the status of Red Bull KTM Factory Racing’s MX2 series points leader Jeffrey Herlings who is now just over one month into the recovery of his broken femur, the title remains in contention for only one other, yet still belongs to Red Bull KTM Factory Racing with the other being their young talented Frenchman Jordi Tixier. If Herlings doesn’t line up in Goias, it’s crunch time for Tixier with the biggest rumor in the paddock being that Herlings WILL line up if it’s necessary in order to make a final bid at his third consecutive FIM MX2 world title, at the final round in Mexico. Therefore any points Tixier can bank this weekend will be vital in his hunt for his first ever MX2 crown.

Putting the championship overall aside, the most recent MX2 Grand Prix winner BikeIT Yamaha Cosworth’s Max Anstie could quite possibly be the most determined rider on the line this weekend. The Brit, who has had a frustrating season thus far, was hauling at the first three overseas rounds earlier this year mounting the podium in both Thailand and Brazil. Coming fresh off of his first ever MX2 race win and overall victory it’s going to be interesting to see what the fiery kid is going to bring.

Meanwhile CLS Kawasaki Monster Energy’s Dylan Ferrandis has made it clear he only wants to win races, which is what he will be out to do this weekend, while a big question mark hovers over the return of his teammate Arnaud Tonus who will be representing Team Switzerland at the Monster Energy FIM Motocross of Nations later this month.

A few other names to watch out for are Wilvo Nestaan Husqvarna Factory Racing’s Romain Febvrewho currently sits third in the championship despite having only been on the podium two times this year,Honda Gariboldi’s youngster Tim Gajser, who is still picking up momentum as he adds the experience of this year to the arsenal of his 2015 world title campaign, while MXGP of Brazil’s race two winner and overall runner-up Rockstar Energy Suzuki World’s Glenn Coldenhoff will be looking to bounce back from his slightly pre-mature return in Lommel after having had a further four weeks to get race ready.