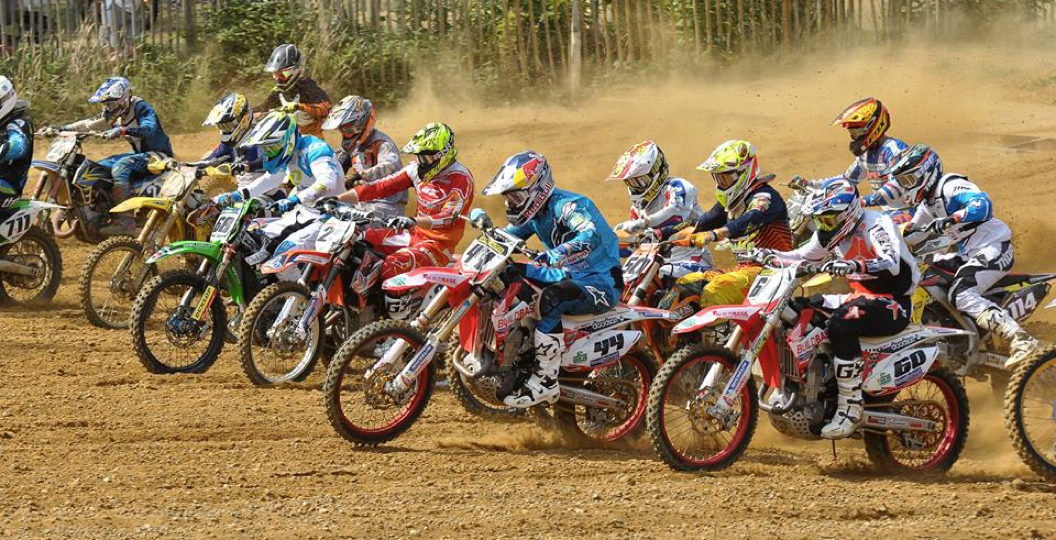 Following the recent announcement that the MX Nationals will play a bigger part in British motocross next year, the pressure on the series leaders has grown, as they continue to push towards their goal of winning the inaugural MX Nationals championship in their respective classes.

With three rounds remaining this year, there is still everything to play for as no titles have been sewn up yet and, as we know, anything can happen in motocross! A new layout will greet the riders at Culham this weekend; it is completely different and more technical, with the start along the bottom. There will also be trophies for the top ten in every class (except for MX1 and MX2). It is going to be a great weekend!

Unsurprisingly, the Under 16 field will be fiercely competitive; there are many potential winners! Dylan Woodcock will be aiming to extend his series lead over Marcus Phelps and Brett Pocock, as he will miss the last round due to his inclusion in the Monster Energy Cup in Las Vegas. So, the two riders that are chasing him need to keep the pressure on in order to stop him from wrapping up the title before he jets off. Those three will not have it all their own way though – you can be sure about that! Dexter Douglas, the ever-consistent Dee Jay Walker and the returning Alexander Brown from Scotland will be in the running, as will Kawasaki’s Jed Etchells.

The Bell helmets MXY2 championship has featured some fantastic racing thus far this year, and we expect it to continue at Culham! Josh Gilbert leads currently, with Liam Knight and Mitchell Lewis in tow. Todd Kellett will be returning to action at the track that he had his accident earlier in the year. Although he has not got too much race time beneath his belt, we expect him to be in the thick of the battles at the front. Oliver Osmaston and wildcard Rob Holyoake could be spoilers in the fight for the win, also!

Unfortunately, we’ll be missing one of our regular riders, who have grown through the championship. Talon Kawasaki rider Callum Ford ruptured his spleen at Canada Heights, and is still recovering after leaving hospital. Callum won’t be racing again this year, but is already looking forward to lining up in 2015.

The RFX Clubman series is all about consistency, and Danny Townsend has been there at every round, despite the influx of local wildcards that appear each time. Danny has an astounding ninety-point lead over second place, Tony Cadman, who has switched to a 250F for this week. Twenty points separate Ash Cotterell, Jake Thompson, Ashley Watt and Scott Meredith in the fight for third in the championship. Thomas White is on the sidelines with kidney stones at the moment, and we wish him a speedy recovery. Jack Colley, Josh Mayo, Oakley Harrison and Sam Prowse will return once again to add to their championship points tally.

Damon Strydom is currently running away with the lead in the Maxima Racing Open 2 Stroke championship. There are a handful of two-stroke regulars that are out with injuries at the moment, but expect to see the ever-improving Jordan Moyle up on the box this weekend. Jordan has got better with each round and his consistency has taken him to second place in the series. Lee Foyle sits in third place with Jason Robinson in fourth.  The ‘very young’ Richard Brown will be back once more to tackle Culham, and you can expect a lot of wildcards now that a few of the other championships have wrapped up.

The MX2 class (sponsored by ProX Racing Parts) will be separate from the MX1 class again this weekend, to the delight of the 250F riders! Ben Watson, Adam Sterry, Steven Clarke and Michael Eccles will all return from European duty to contest the round, and GP regular Mel Pocock will fill a wildcard slot and be looking to take all three wins. However, he will have his hands full with the current series leader, Neville Bradshaw, and Bryan Mackenzie.

Steven Lenoir has been trying to reel in the top two after missing a round with injury earlier in the season, and with a few wildcards in the mix he could potentially pull some points back and make the fight for the title a three horse race! Lewis Trickett will return from the hip injury that he sustained in May, too, so there is plenty to watch out for!

Jordan Booker, Lewis Tombs, Rob Davidson, James Harrison, Josh Waterman, Brad Todd, Luke Norris, Jake Millward, Nathan Dixon, Reece Desoer and Dan Brough will all be looking to build on their series points.  A notable mention must go to Loukas Maggio, who picked up fifteen points at the last round and is getting faster and stronger all the time.

In the MX1 class, Nathan Watson had his lead cut to thirty-one points by Kristian Whatley at Canada Heights. Kristian will be looking to keep the pressure on this weekend, but Watson will be very strong, judging by how he performed at Culham earlier in the year. Brad Anderson has had a solid year thus far, and his win in moto three at Canada Heights put him third in the championship, just ahead of Graeme Irwin. Unfortunately, Graeme will be out of action this weekend, following his scary crash last week, which left him with a concussion; we wish him a speedy recovery.

Of course, there are many more contenders in both classes, as all of the big hitters will be lining up! It is certainly going to be a great weekend, full of exhilarating action. If you are heading down to Culham, use the postcode OX14 3DA. Practice starts at 9am on Saturday.