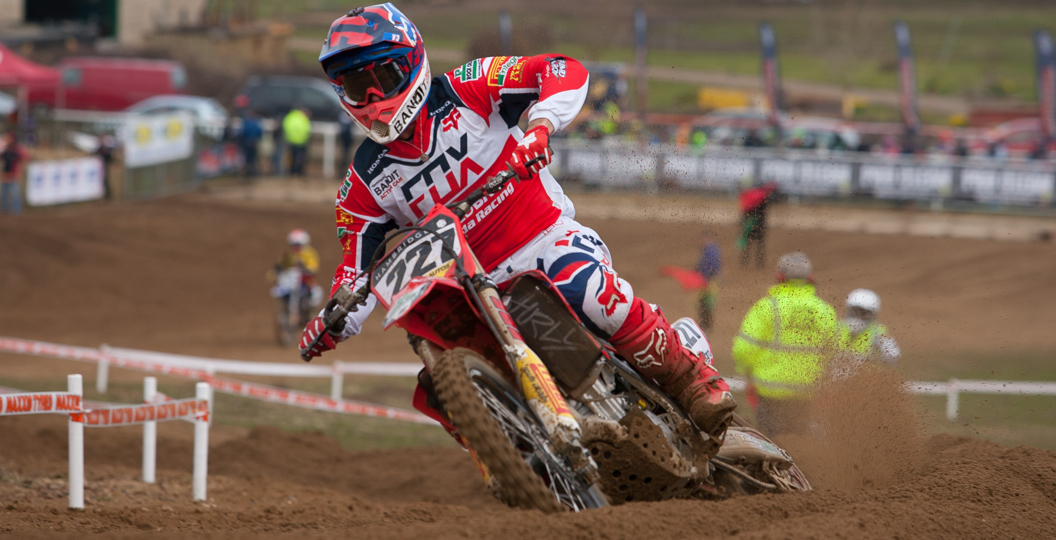 Ed Bradley is a name most in the British industry will be familiar with, having made a name for himself both on and off the bike. After scoring points at world championship level, he now applies the same knowledge to coaching. With psychology degrees in his back pocket, Ed seemed like the perfect person to start writing regular features on the mental side behind racing, which, as most know, can make or break a rider.

‘Is motorsport all in the mind?’ That’s the question that a lot of people seem to ask and, well, here is my reply…

When we are born we don’t have the strength to walk and don’t know how. Within a short time, and after wobbling and falling over a couple of times, you master walking and now manage it automatically. There is a time when kids can ride a pushbike with stabilizers then, when taken off and with a few wobbles and perhaps falls, they master riding a bike and now manage it automatically.

It’s the same when learning to ride a motorbike, as there may be a few wobbles and falls before you master it and riding becomes automatic.

The experiences you have as you grow up have an impact on your ability to perform. Imagine the difference between being told that ‘you can’t put one foot in front of the other without falling over’ and ‘you can’t stay on your pushbike for toffee’ compared to ‘you are so stable on your feet a hurricane couldn’t blow you over’ and ‘you were born to be on wheels – you have so much skill’. These two scenarios can create totally different beliefs about yourself and your ability to perform, whether that be learning or winning championships.

Beliefs are programmes that are running in our neurology and different beliefs are switched on in different scenarios. For example, if a rider has a belief that they are faster and perform better on rough tracks then this belief will be effective when the track is rough. On the flip side it can also mean that on smooth tracks the belief is ineffective, because they can’t perform as well when the conditions don’t match the belief.

As racers our motivation comes from what is important to us about doing the activity of ‘racing’ (our values). Everybody is different and motivated by their experiences in life so far. For example, you may find that the most important thing about racing for a champion is winning, fun, money, excellence etc. After experiencing or witnessing a crash it may become more important to the champion to stay safe and avoid injuries or after being beaten when giving it their best it may become important to avoid losing.

The winner of a world championship is the rider who is the most motivated towards winning the title with the smallest amount of motivation that is to avoid situations. They have the cleanest, most positive motivation with no or very little negative motivation.

Our motivation is driven by our identity; who or what we believe about ourselves at a very deep unconscious level. A world champion will have a very strong belief about themselves such as ‘I am a winner, a champion, a racer’ etc. It is not uncommon for high level performers to have an identity belief of ‘I’m not good enough’ or ‘I’m worthless’, for example, and this is what stops the rider from getting what they want.

One experience a client had was that unconsciously they were running an identity belief that they ‘weren’t good enough.’ Every time the rider was in a position where he considered it to be really good, the belief kicked in and the unconscious mind would say ‘Hang on a minute. If you finish in this position, then you will be good enough’ and that isn’t true, so I’m going to create a crash or cause some kind of incident to make sure you finish at the back so you can prove to yourself once again that you are not good enough.’ My client was fed up with continually getting hurt and struggling with the internal battle of wanting to do well and not getting injured.

One of my favourites around beliefs is arm-pump. If it were real everyone would get it! How can someone on a factory bike go and practice without arm-pump and then get it when racing? The belief is triggered by whatever the person’s experience is during a race and then that belief creates the person’s reality. If you remove the belief it changes the meaning of the trigger and racing situation and allows the rider to choose a different way to respond.

Motorsport is all in the mind from learning to ride the bike, to having the desire to perform well, to setting your bike up the way you want it, to getting along with your team, mechanics, helpers and to the mind games you play out with your biggest competitors. The one with the clearest, strongest mind wins!