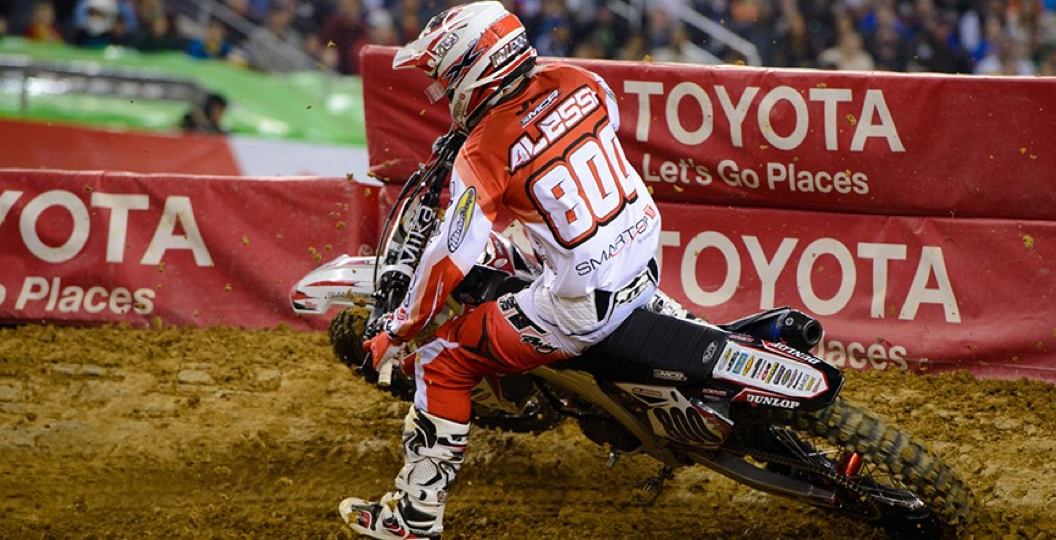 SPOKANE, WA – Smartop MotoConcepts Racing [MCR] is pleased to announce the re-signing of Mike Alessi for the 2015 race season. Alessi will remain in the 450 class for the racing season ahead.

“MCR as team are considering multiple options and opportunities for the 2015 racing season,” said team owner Mike Genova. “Mike Alessi’s epic rides in the Canadian Nationals this summer created a huge rise in attendance for those events. His accomplishments and expertise, coupled with consideration in the World Motocross series, allows for many great opportunities. Those options include the upcoming AMA Supercross season, AMA Pro Motocross, Canadian Motocross, and a very strong interest for a World GP partnership.”

“We are excited for and believe in Alessi’s talent, determination, commitment, experience, and consistency on and off the track. We have no doubts in his potential for success in any one of these series,” says Genova. “We are still negotiating each series and will select the option that is in the best interest of MCR and its future partners.”

Alessi is charged up for the 2015 season after an exciting Motocross season in Canada and a much improved Supercross season throughout 2014.”It’s great to be offered the opportunity to work with Smartop MotoConcepts Racing again in 2015. I feel really at home on this team. The support Mike Genova gives me is second to none. I plan on working very hard in the off season to improve this year. With the teams’ great deal of interest on a global scale, I am looking forward to a very exciting year ahead of me,” said Alessi.

MCR is currently in discussions with multiple top tier riders to fill the additional position available on the team for the 2015 season.