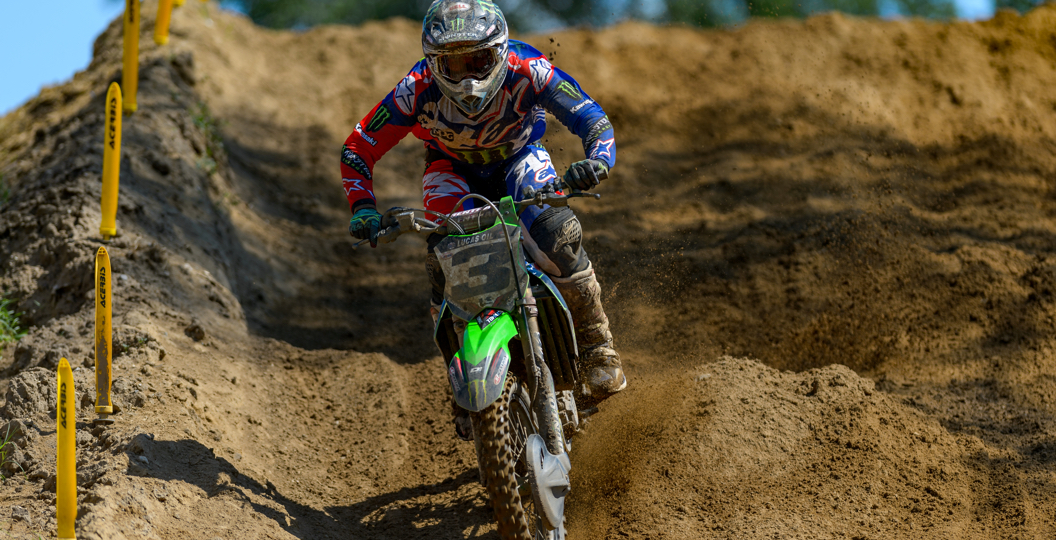 Half of the nationals over here are done and we’re starting to see patterns existing.  Rockstar Husky’s Zach Osborne is stretching out his lead in the 250MX class and Monster Kawasaki’s Eli Tomac just took the red plate in the 450MX class, thanks to being the winner of four out of the last five motos. I really can’t believe this silly notion that Tomac feels the pressure of being the points leader that we’ve heard out there but, if he falters this weekend, I just might start coming around on that kooky theory.

Anyhow, we know about Tomac, Osborne, Jeremy Martin, Blake Baggett, Jason Anderson and Alex Martin. They’re the stars of this outdoor series. But I thought I’d take a further look back in the points to talk about some guys who are quietly having solid seasons. All hail the underdogs!

Dylan Ferrandis came over here as a questionable signing by the Star Yamaha guys in the 250MX class and, after a good supercross season, crashed out of both motos at Hangtown. That left him with a huge deficit in the points but no matter, one week later Dylan won a moto at Glen Helen. He’s been a bit up and down this outdoor season but you’ve got to remember he’s learning these tracks for the first time and he’s got that one moto win. I’ve been impressed, as he’s run up front a lot and he’ll be better next year.

His teammate Mitchell Harrison had a rough rookie year, as he’s showed speed but also showed us a lot of crashes. I’ll be honest: I wasn’t sure on his viability to figure things out and stay upright. He did have the one thing you can’t teach and that was speed. In 2017 Harrison has backed down a bit and stayed upright. He just grabbed a second in the second moto at Red Bud and, generally speaking, he’s been very consistent this season. Not many are talking about him but they should be.

I feel like Justin Bogle is a big name and he’s fifth in points, so he’s hardly a sleeper rider this summer but he’s been good. Further back in the 450MX points is Rocky Mountain ATV/MC KTM’s Dakota Alix. Alix had never raced 450MX before and hadn’t really ever done much (or gotten much of a shot with a team) in 250s, but as Davi Millsaps’ fill-in at the team he’s been decent. I mean, this is the 450s right? Alix was on a slow climb to the top ten before having a horrible Red Bud race, but he’s probably the best guy in the results that you’ve never heard of. Still young, this ride and these results might be enough for him to take the next step.

Privateer Henry Miller couldn’t keep his 250F running long enough to back up a good moto here and there, so he switched to the 450MX class a couple of weeks ago and ran near the top ten. Miller’s a privateer from Minnesota who’s in shape and won’t wow you with speed, but he’s very consistent. Now that he can keep his bike running, he’s doing some nice things. 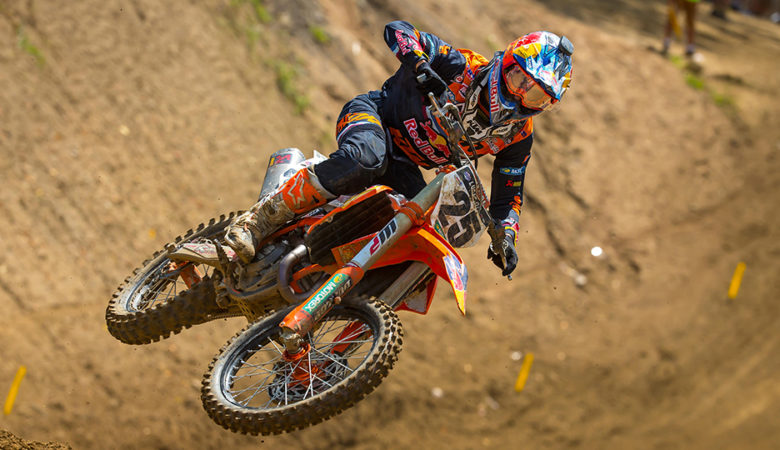 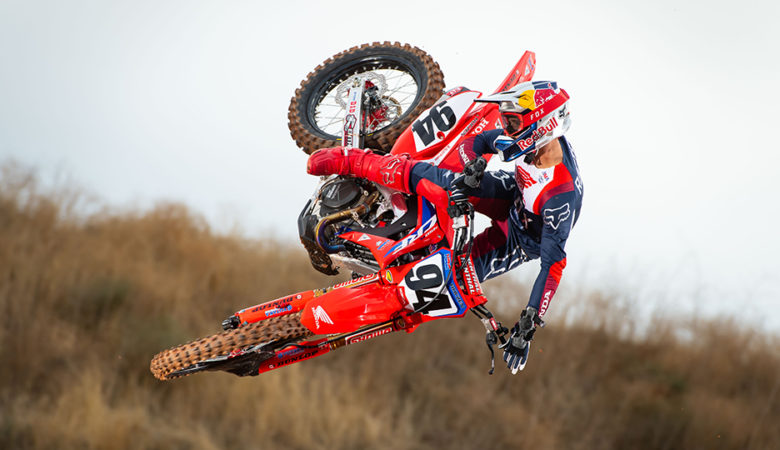