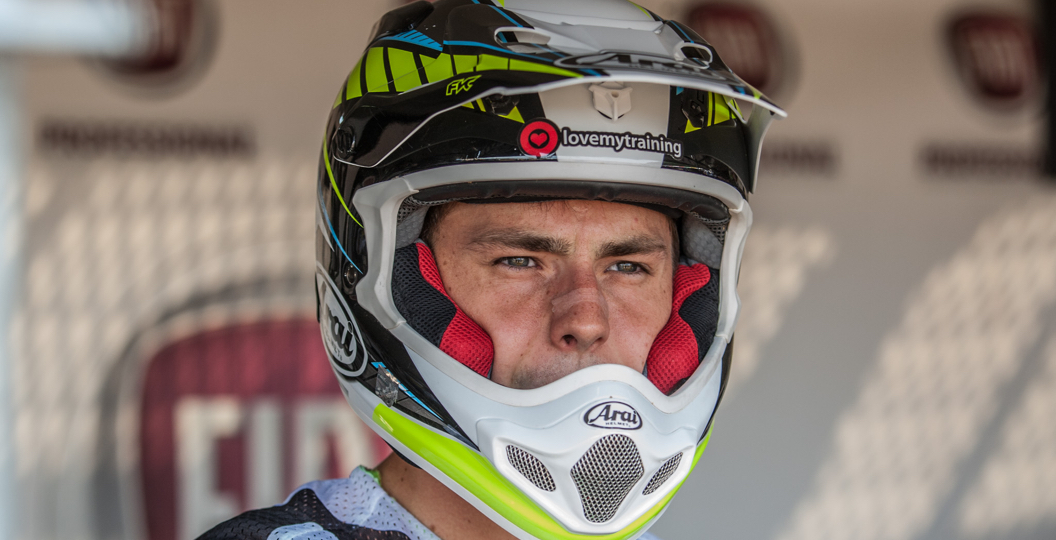 Julien Lieber will join fellow Belgian Clement Desalle in the Monster Energy Kawasaki Racing Team when he moves to the MXGP premier class of the FIM Motocross World Championship next season.

Lieber had a great weekend in his home GP at Lommel last weekend; he claimed his fifth MX2 podium of the season, was selected as a member of the Belgian team for the upcoming Motocross of Nations and signed a contract to race the factory Kawasaki KX450-SR next season! It was the main highlight so far of a wonderful season during which he has made a sensational comeback as a privateer in the MX2 series after one complete year out of action.

Already considered one of the most promising Belgian hopefuls after ranking sixth in the 2015 World Championship and standing on the podium with Team Belgium at the MX of Nations, Julien spent last year in numerous hospitals and recuperation centres after surgery to both hips. Back on a bike this season he surprised many people when he took the red plate as MX2 series leader in Indonesia, and later confirmed that he was back to his best form with five podiums so far.

Racing this year in his own private team, Julien who turned 23 years old in June, already has some experience of the 450 as he entered the French beach series in this class five years ago; he will line up next season alongside Clement Desalle, and will start working with the team immediately after the Motocross of Nations in October.

Julien Lieber: “Coming back to racing this season, one of my goals was to get a top ride for the MXGP class, and I’m so happy to have achieved that. Joining the main class with such a professional team is like a dream, and for sure I will do my best to get strong results. There’s a lot of top riders in the MXGP but I already trained and raced on a 450 a couple of years ago and I think that this class will suit my riding style; I’ve ridden a 250 for seven years now, so it really is the right moment to move up and you can’t do it in a more professional team than the Monster Energy Kawasaki Racing Team. I’m also happy to be teammate with Clément; we already have a good relationship and I’m sure we’ll work closely together.”

Steve Guttridge: “I’m glad to see Julien joining us; there are a lot of young riders coming from MX2 and it will be very interesting. Julien has a lot of talent on a bike, rides really well and I’m sure he will move to the 450 really well. I think that our two guys will work well together in training and that’s important for the team ambiance; it’s a long season, everyone has to work together for the same goal and I think with these two guys we have a good combination.

“We want to go for the title next season; we all know that Clement is more than capable of that. He is so professional and can be on the podium every weekend and that’s the way to win this championship. The team is so professional now. They have a bunch of guys all working in harmony for the same goal; the riders trust in what they say during testing and the build up to the race weekend. The set-up is perfect and then it’s up to the riders to do the job during the weekend.”

Thierry Chizat Suzzoni: “First of all I want to thank Jordi Tixier for his commitment across these two seasons with us. We noticed Julien this season, coming back strongly after one season out of racing due to surgery; he made huge progress with Yves (Demaria) at his side and we’re happy to have him join the team in the MXGP class. We will work closely with him so he can adapt well to the 450, and for sure Clement will also help him. Clement knows the bike and the team perfectly; he worked hard last winter with the team to develop the bike even further and now he is very confident when he’s on his bike and has been getting strong results every weekend. We’re already working for 2018, and as soon as Julien joins us we will start testing with him.”