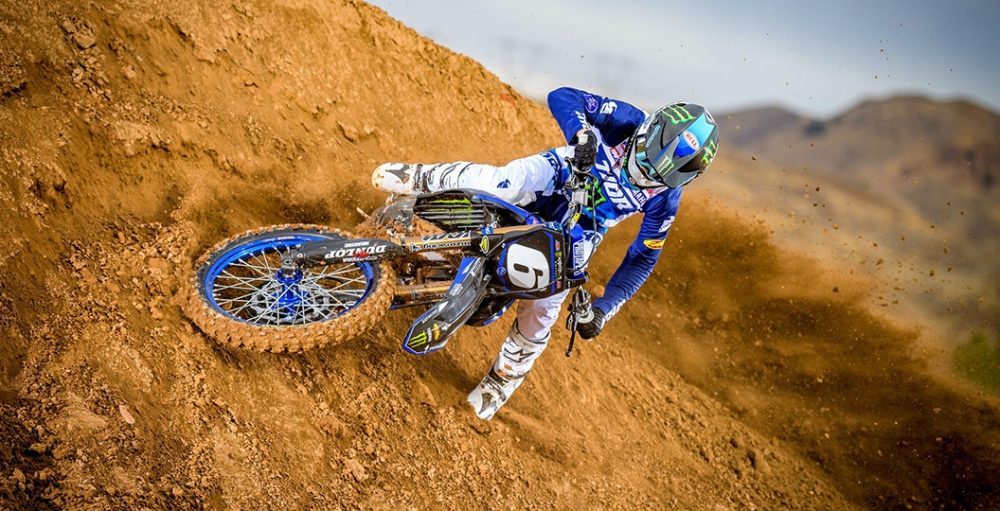 I think we can all agree that 2020 was the strangest year on record. Take everything we thought we knew about the parameters of racing in every aspect and throw them out the window. Going into last season, I had preconceived notions about what a racing calendar could and couldn’t look like. I couldn’t have imagined going racing at several rounds without fans. I couldn’t have imagined racing on weekdays, having two Lucas Oil Pro Motocross rounds over the course of a long weekend or adding Loretta Lynn’s Tennessee venue into the series. It was truly bizarro world on so many levels.

As difficult as many of these changes were to make, it could signal a new era of racing. Any idea that would have been immediately discarded as too outlandish could now have a chance at implementation. A new sense of open mindedness has been ushered in. COVID-19 restrictions forced more out-of-the-box thinking than at any other time in our sport’s history. I wanted to cover a few long-term changes that I could see resulting from the most challenging year in recent memory.

– With the positive feedback from riders and the cost savings for Feld, I could see the multiple-round-per-city format for Monster Energy Supercross being a permanent fixture. We have seen this attempted as recently as Atlanta in 2015 but I think it’s now here to stay.

– Loretta Lynn’s is the preeminent amateur event in American amateur motocross. It is surprising that it took over 30 years to implement into Lucas Oil Pro Motocross but COVID-19 has knocked down almost every wall around far-fetched ideas. With MX Sports being the steward for both the Loretta Lynn’s amateur event as well as Lucas Oil Pro Motocross, I look for this Hurricane Mills, Tennessee, event to become a mainstay of the pro calendar.

– The 2021 Monster Energy Supercross schedule has a much broader range of cities and venues. California is notably absent. Atlanta’s events are being held at a motor speedway, a variable not seen since Charlotte 1998 (outside of Daytona’s yearly stop). Feld could now be more comfortable moving outside of the perceived box these events have been in. More cities could be on the radar than ever before.

– Fan experiences have changed and will continue to evolve. For 2021, it sounds as if all variations of autograph signings, meet-and-greets, and in-person interaction with riders is off the table. Fans will be able to visually see teams and riders but it will be from a distance. Long term, I think the risk factor for viral transmission may outweigh the upside of fan interaction. The factory teams will have a very difficult time convincing their legal and HR departments that it’s a good idea for their multi-million dollar investment to come into close contact with a thousand fans. With so many fans and children looking forward to meeting their heroes, this possibility is a real letdown.

– Triple Crowns may come to an end. With the additional budget strains that COVID-19 caused the racing world, I could see Feld doing away with the Triple Crowns to ease costs. The Triple Crown events typically require teams to employ a second race bike (using bike one for mains one and three, bike two for main two, and teams servicing bike one in the downtime). That extra cost of building another race bike is less feasible now than ever before. This is a relatively easy way to reduce strain on teams that are simply trying to survive post COVID-19.

– Motocross of Nations could become more convenient for Team USA. With the schedule being pushed back a few weeks, the end of the Lucas Oil Pro Motocross series could align much more nicely with the MXGP calendar. A sticking point for many riders has been the MXoN being over a month after the end of the American calendar. That extra month threw a wrench into off-season plans and was simply not worth the implied deficit that riders could face the following season. This tightening of the timelines could possibly offset that pushback from American riders who have otherwise written off the world’s greatest motocross event.

– Above all else, I hope that the forced changes that COVID-19 brought can lead to a better future. I would have considered many of these changes unlikely but this year knocked down seemingly unbreakable walls. The open thinking that COVID-19 caused should be embraced long term. If an idea sounds brash but could improve the sport overall, why shouldn’t we consider it? This season brought out the best in our sport. The resiliency and perseverance that SX/MX showed globally can lead us into a brighter future if we continue to break down perceived limitations. Long term, this could be just the push we needed to take the next step as a sport.