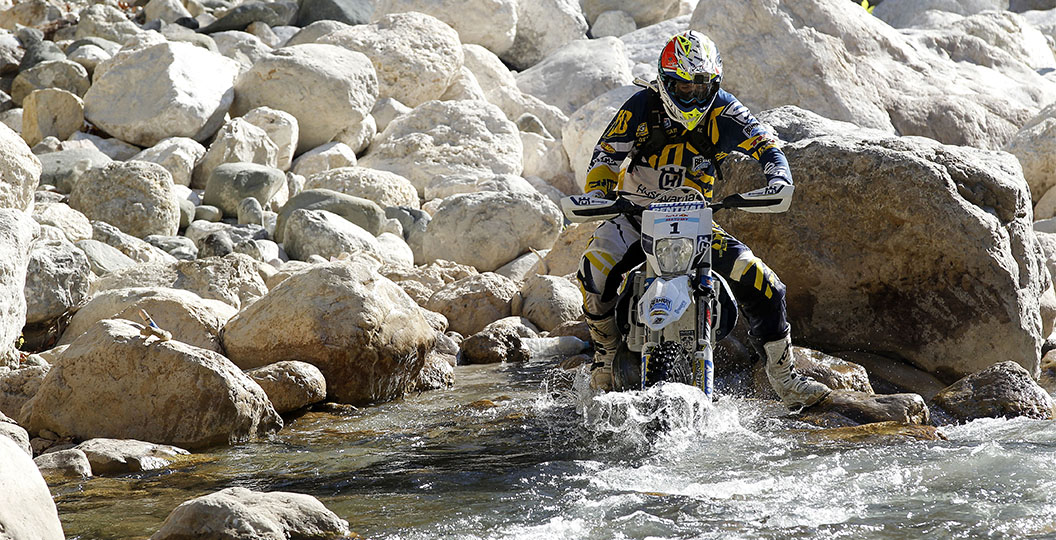 Successfully defending his Sea to Sky crown, Bel-Ray Husqvarna Factory Racing’s Graham Jarvis has secured an impressive victory at the final round of the 2015 Red Bull Hard Enduro series.

Determined to put his TE 300 on the top step of the podium, Jarvis got off to a strong start by finishing second in Friday’sBeach Race. Backing that up with third in Saturday’s Forest Race, Jarvis placed just five seconds short of victory. His result earned him a front row start for Sunday’s all-important Mountain Race.

Opting not to go all out off the start, Jarvis soon settled himself into the rhythm of the race and began working his way towards the head of the field. Catching up to leaders Jonny Walker and Wade Young at the halfway stage, Jarvis then took control of the lead following a tactical decision.

Skipping the final refuel station, Jarvis moved to the front and began his charge for the finish line on the mountain summit. Breaking clear of his rivals to take the chequered flag Graham claimed the win by two minutes and 35 seconds.

Alfredo Gomez saw his participation in the Red Bull Sea to Sky cut short due to a knee injury. Hurting his right knee in training prior to the race, the Spaniard bravely battled his way to fifth in the Beach Race before deciding to withdraw from the event following the Forest Race.

Graham Jarvis: “I really wanted this win. It’s been a long season without one so I’m delighted to end it on the top step of the podium. I knew everyone would be pushing for position early on so I let them get on with it and settled into my own race. I had a bit of ground to make up after the canyon section. I got up to third after the first fuel stop and closed up on Jonny shortly afterwards. I had a trick up my sleeve and gambled on skipping the second fuel stop. I knew the trail afterwards was going to be tight single track so if I was in front there would be a good chance I could keep the lead. It paid off and I got in front of Jonny when he was stopped. From there on I pushed hard over the mountain.”

Blake Gutzeit: “I’m happy with how I rode. Sixth is my best result in the Red Bull Hard Enduro series. My race went well, having a front row start definitely helped and I was able to keep with the leading pack for quite a while. Towards the end they gapped me but I was focused on my own race and rode strong to the finish.”

Alfredo Gomez: “I hurt my knee in training but wanted to try and race anyway. It felt ok during the Beach Race but in the Forest Race I was in too much pain. I couldn’t use my rear brake properly on the down hills and it was difficult to put my foot down. When I return to Spain on Tuesday I will get a scan on it.”