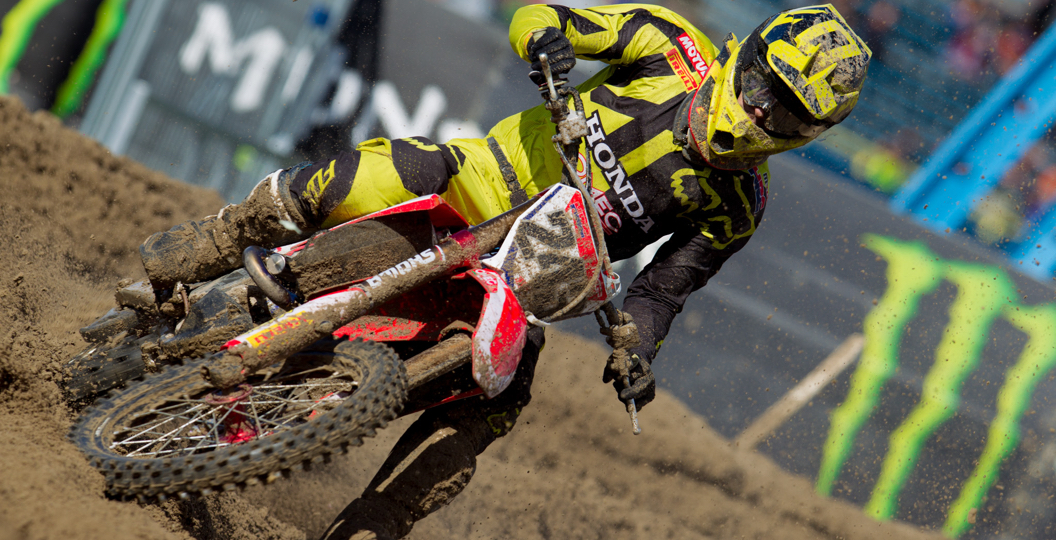 Tim Gajser suffered yet another blow in the opening race at the Grand Prix of The Netherlands, as a hard fall caused him to withdraw from the event prematurely. There was initially no word on what injuries were sustained, if any, but HRC have now released more details in the form of a quote from the former world champion.

“Today has been a really bad day,” he said in a press release. “This weekend and today started off well for me and then it just all went downhill from there. I had a good time in warm up and I was running really well at the start of the first race, then I made a mistake and the bike landed on me. I got checked out by the medical staff and after that, they and the team decided that I should not ride the second race. It is a reflection of how this season has gone for me and I am really disappointed that I was unable to race, but that is how it goes.“

There is currently no update on his status for the next Grand Prix, which will be held at Villars sous Ecot, but he is expected to race.