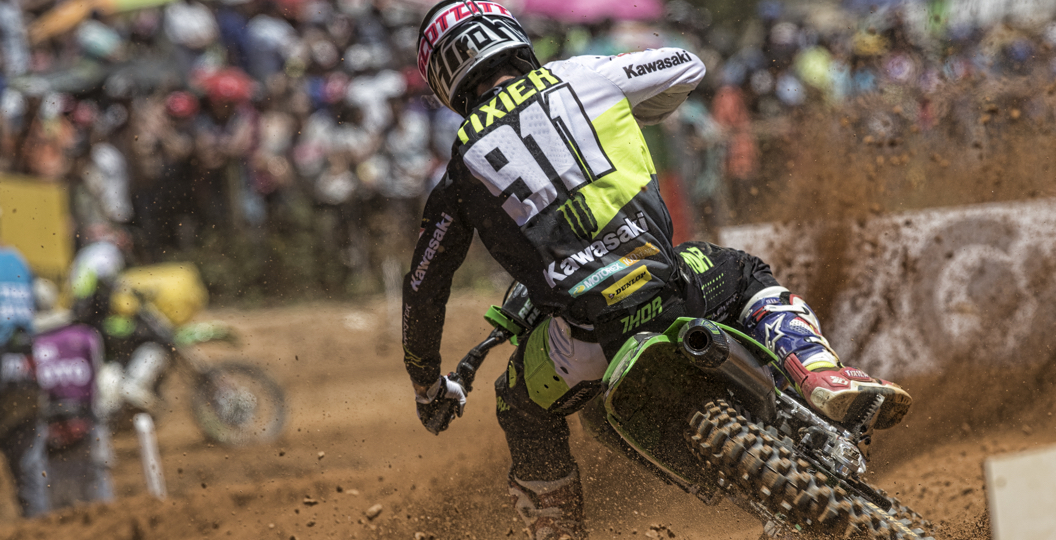 Jordi Tixier has had a turbulent season with the Monster Energy KRT team. The 2017 FIM Motocross World Championship got off to a solid start for ‘911’, as he recorded a pair of top-ten finishes at the opener, but a knee injury at the third round caused his season to come off the rails somewhat.

Tixier has struggled since that point, even though he returned at the Grand Prix of Latvia at the beginning of May. A groin injury left him in some discomfort a month ago and actually caused him to miss the Russian fixture completely, then another hard crash at Agueda on Sunday has made him questionable for the upcoming rounds.

“He suffered compression injuries to both leg and back and will undergo scans on his return to France before a final diagnosis can be made,” an official statement from Kawasaki revealed. Those scans have been completed now, of course, but the results have not been released to the public. The report did reveal that he would “certainly be out of action for at least four to six weeks” though.

If that does indeed turn out to be the case, Tixier would miss the next three events (rounds in the Czech Republic, Belgium and Switzerland). Will Monster Energy KRT make his bike available to a fill-in rider during that time? That also remains to be seen.