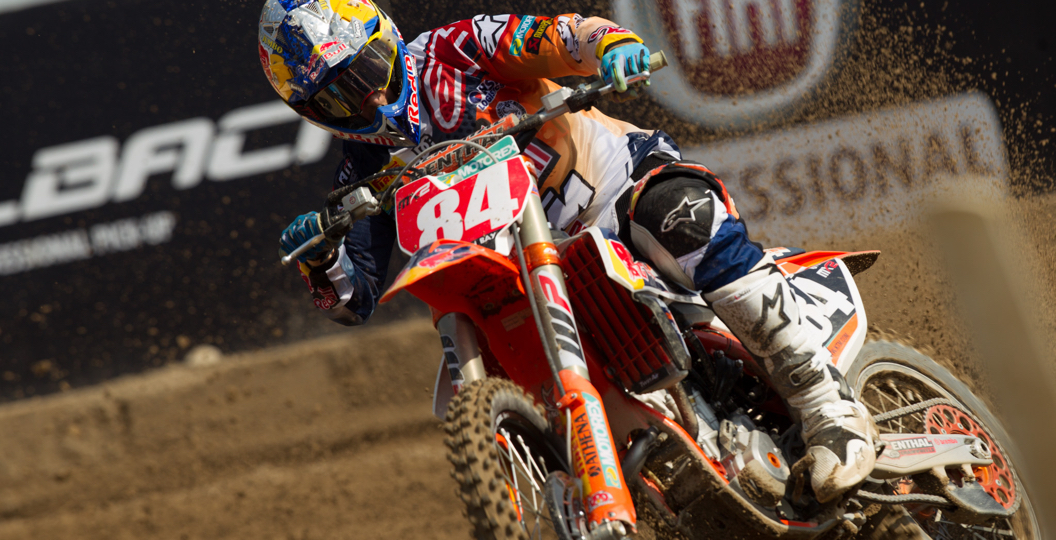 Surprisingly there have been no detailed updates from Jeffrey Herlings or the Red Bull KTM team, but that may simply because there isn’t much to say. Herlings underwent surgery this morning (Monday) and then took to social media to state “little service, new.“

“Jeffrey Herlings ALREADY patched up and successfully mended. Don’t worry, he’s going to be ?#?READYTORACE?!” That’s all that KTM have released. The latter part appears to be confirmation that we will indeed see him at the GP of the Czech Republic.

“The big one still needs to be caught,” said Jeffrey Herlings just a week ago. He was referring to the fact that there was no time to celebrate that he had won the Dutch MX2 title, as he still has to focus on his primary goal. That is, of course, winning the world title.

Herlings’ path to that championship just got much tougher, as he broke his collarbone at the Dutch Masters of MX finale on Sunday and will undergo surgery. This is a situation that ‘84’ has been in before, as he broke his collarbone in Teutschenthal last year and then returned just two weeks later. How long do we have now until the next MXGP round? The GP of Czech Republic will be held in two weeks.

It seems his position at the head of the standings is safe, but it was that collarbone injury last year that started an unfortunate streak of crashes that left him sidelined. We’ll have more on this later.